Ministry of Defence said:
On his visit to Sandhurst, His Excellency General Bismellah Mohammadi saw the world-class training delivered to Officer Cadets – including Afghan personnel - and was able to discuss developing plans for the Afghan National Army Officer Academy, which will be modelled on the British institution.
The Afghan Officer Academy will be situated at Qargha, near Kabul, and will involve a significant number of British military advisors, supported by allies. The Academy, which is now under construction, will form a major part of the UK’s post 2014 commitment to Afghanistan and once fully operational will have the capacity to train up to 1,350 male students and 150 female students every year. 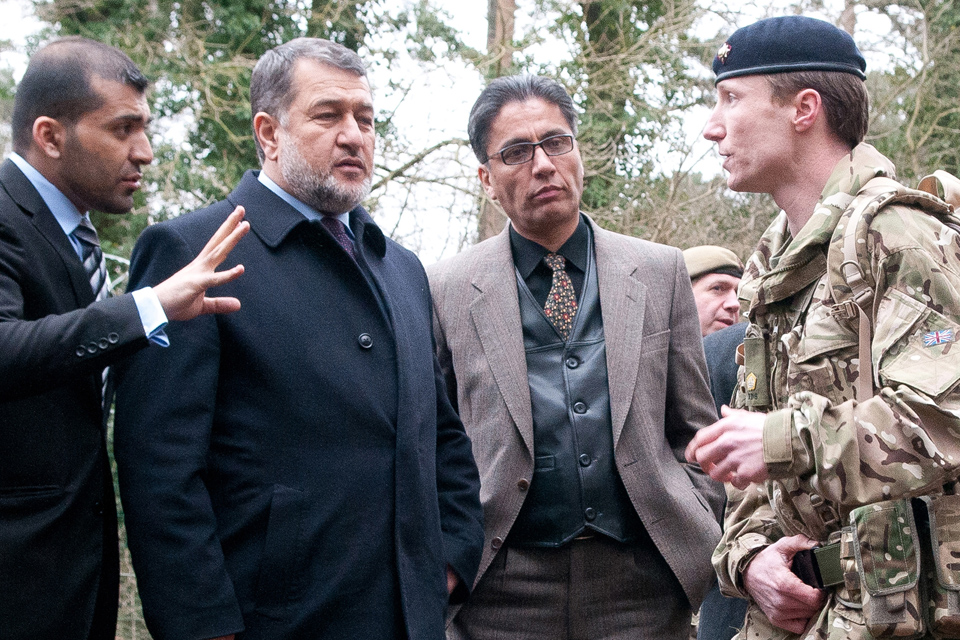 His Excellency General Bismellah Mohammadi (2nd left) is briefed by an instructor at the Royal Military Academy Sandhurst [Picture: Mike Smith, Crown copyright]Across Afghanistan, Afghan National Security Forces (ANSF) already lead more than 80% of conventional operations and now carry out 90% of their own training.
On the first day of his UK visit, Minister Mohammadi also visited the 1st Battalion Coldstream Guards at Victoria Barracks, Windsor, where he witnessed medical training, another capability which is being developed amongst the Afghan forces.
The Minister went on to meet UK Secretary of State for Defence Philip Hammond, Foreign Secretary William Hague, Armed Forces Minister Andrew Robathan and Chief of the Defence Staff General Sir David Richards, amongst others. 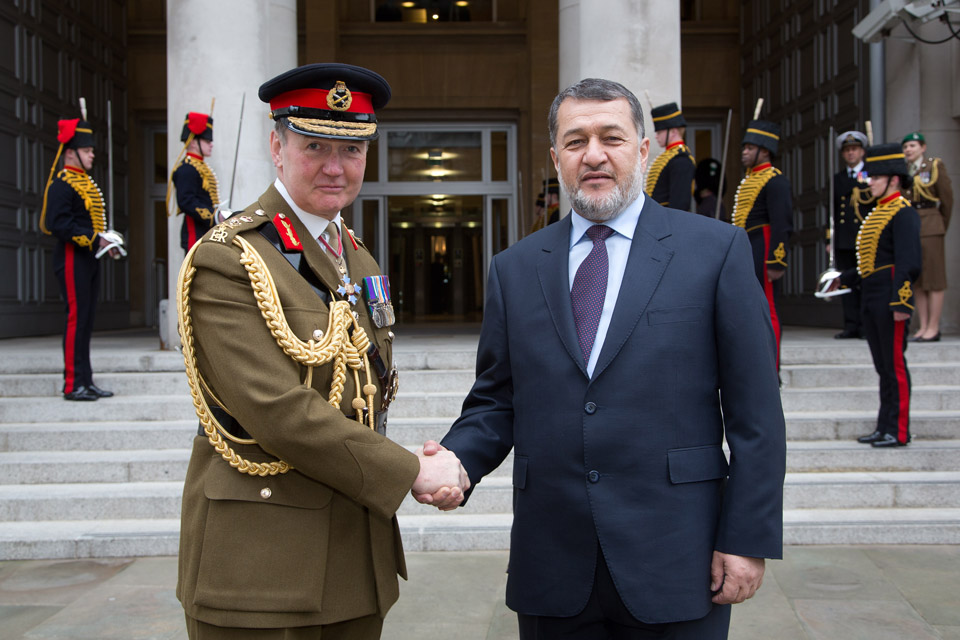 I am very pleased to be here at the invitation of the Secretary of State of Defence. I hope to focus on the continued professional development of the Afghan National Army [ANA], in particular through the UK’s leadership of the ANA Officer Academy project.
​
I welcomed the opportunity to visit the prestigious Sandhurst, where the design of the ANA Officer Academy is being matured, and meet those involved as well as the ANA cadets under training at the college.
​
I am here to discuss the continued commitment of the UK as the ISAF mission draws down and the new post-2014 mission becomes more defined and understand the UK’s future involvement in the enduring partnership with Afghanistan.
​
The Minister also paid tribute to the sacrifices of the UK Armed Forces in Afghanistan and on behalf of the government thanked the UK for support.
He said:

I thank the UK government and people for the blood and treasure spent on our behalf - it will not be in vain. The work of your forces in Helmand Province will endure as the Afghan Forces continue to take the lead in operations and maintain the peace and security of the nation, allowing the country to develop and grow in prosperity.
​ 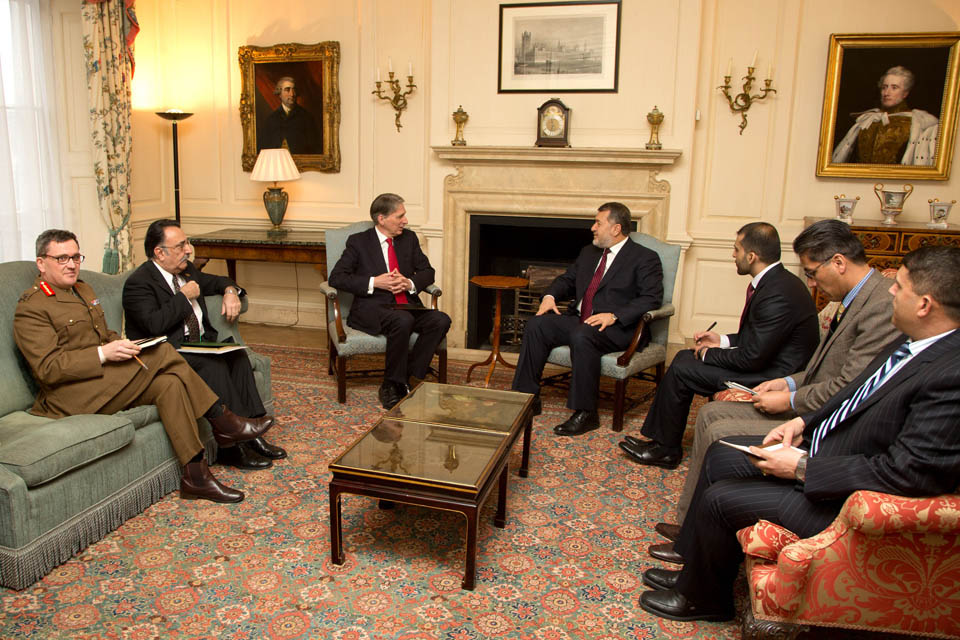 I am delighted to welcome Minister Mohammadi to the UK and have discussed with him many of the complex challenges facing Afghanistan, including the ongoing transition of security to Afghan control.
​
Today, the ANSF has lead security responsibility in areas that are home to three quarters of the population, including each of the provincial capitals and all three districts that make up the UK’s area of operations.
​
Our combat mission is drawing to a close, but our commitment to Afghanistan will last for many years. The Afghan National Army Officer Academy will be a key pillar of that and will ensure that Officers and those training them will be of the highest quality.
​