With the terror threat becoming increasingly complex and varied, police are calling on communities to act on their instincts to help prevent atrocities taking place in the UK and overseas.

Today sees the launch of a national campaign by Counter Terrorism Policing urging the public to act on their instincts to help tackle the terrorist threat.

‘Make nothing happen’ focuses on the critical role the public can play in defeating terrorism. The campaign will be the first under a new branding platform called ACT: Action Counters Terrorism. This urges the public to report suspicious activity to help police bring dangerous offenders to justice and prevent terror attacks in the UK and overseas.

At a time when the scale, volume and complexity of the terrorism threat continues to grow, police are advising the public to act to report any potential suspicious activity or online content they come across and are concerned about.

The public already contribute intelligence to around a third of the most serious terrorism investigations. This new campaign reassures communities that they shouldn’t be concerned about wasting police time or getting someone into trouble.


Since 2014, the threat of terrorism has been severe, which means that an attack is highly likely. When attacks have occurred in the past, people have said that they suspected something was wrong but were worried about wasting police time by coming forward. That couldn’t be more untrue – with some of our highest priority investigations benefiting from information received from the public. We have always said that ‘communities defeat terrorism’. That is why the ACT campaign urges the public to do just that.


It is very encouraging that in a third of cases involving our most serious terrorist suspects we have benefited from information from the public. The number of calls and online reports we receive is also increasing. This is testament to people’s trust in the police - but now we are appealing for even more.


Counter terrorism policing is working hard to keep the public safe and we have, with our partners in the security services, helped stop 13 attacks since the appalling murder of Lee Rigby in May 2013. However, advances in technology make it more complex and challenging for us to spot would-be terrorists because it’s easier for them to be in contact with others and be radicalised in a relatively short space of time.


The threat is becoming more varied and the move towards low-tech attacks on crowded places, like those we have seen in major European cities and beyond, makes it even more important everyone remains vigilant and acts, by calling us confidentially, if they are concerned about suspicious activity.
​ 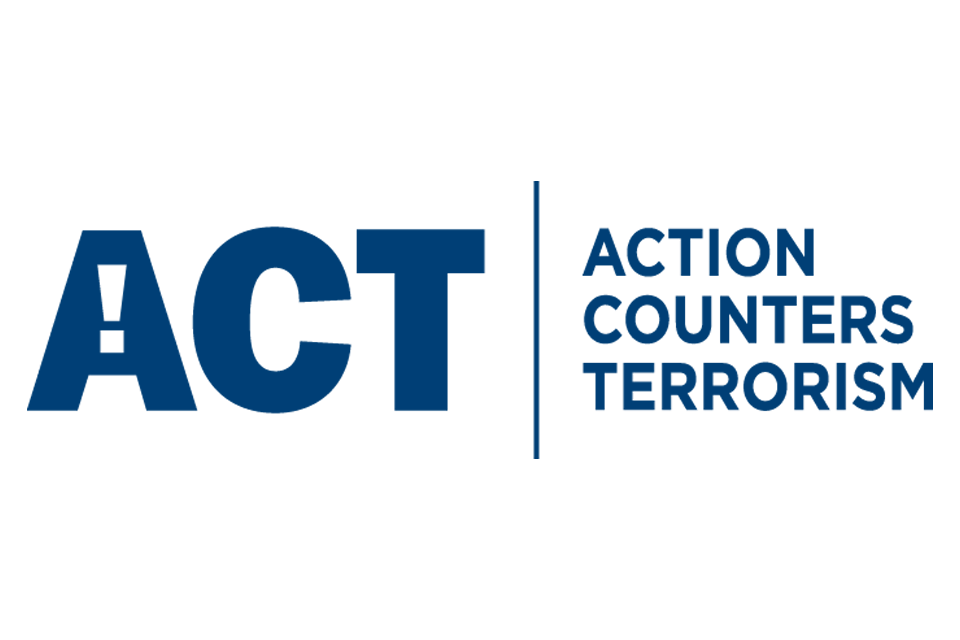 
The horror of recent terrorist attacks in Europe and beyond is a shocking reminder of the threat we all face. We know that we are not immune as the threat to the UK is currently assessed as severe, meaning an attack is highly likely.


Our police and security and intelligence agencies work tirelessly, often unseen, day in and day out to keep families and communities across the country safe. The public also have a vital role to play as they are ideally placed to notice activity which is unusual.


I welcome the police’s ACT campaign which raises awareness about what to look out for and provides people with easy-to-access advice.


Ultimately, this is a job for all of us. I encourage people to follow the campaign’s message to remain alert but not alarmed by the threat and report any concerns to the police.
​
More information on what to look out for and how to contact police can be found at gov.uk/ACT. You can also report suspicious activity by calling police confidentially on 0800 789 321.