Ministry of Defence said:
Based at Al Minhad Air Base in the UAE, 906 EAW’s tasks will include the provision of support to air transport links between the UK and deployed operations in Afghanistan, as well as logistic support to deployed forces.
The newly-stood-up EAW will also be responsible for supporting RAF aircraft conducting joint exercises in the region. The RAF’s Typhoon and E-3D Sentry aircraft have recently been exercising with multinational contingents at Al Dhafra Air Base in the UAE.
Aircraft have also joined the Advanced Tactical Leadership Course that has been hosted for the past 10 years by the Emirates. 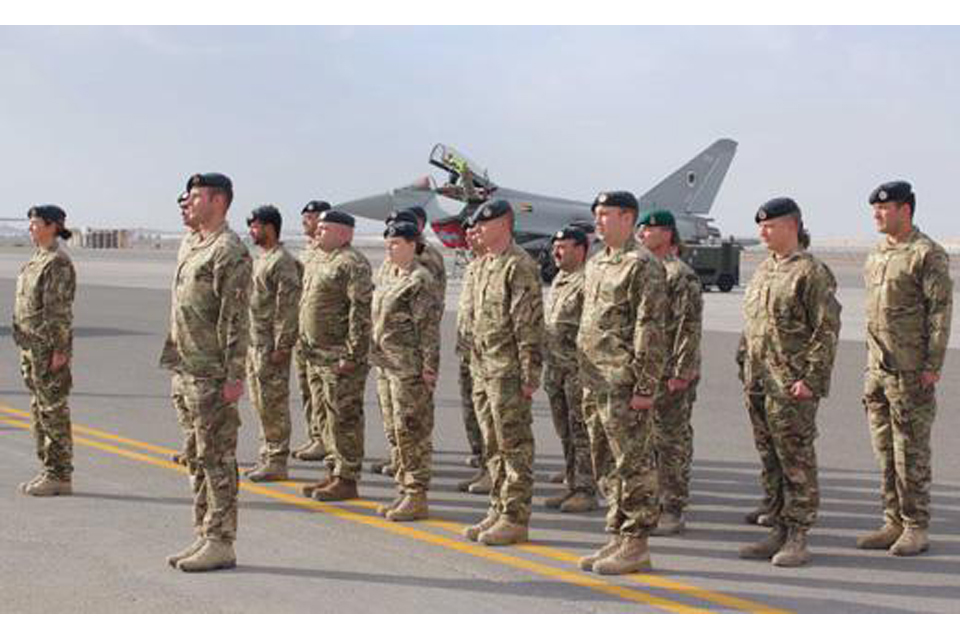 The standing up of 906 Expeditionary Air Wing in the United Arab Emirates marks an important milestone for the RAF and underlines the continued strong relationship that we share with our UAE friends.
​
We are grateful for the excellent facilities that have been provided for us and look forward to participating regularly in flying exercises in the region.
​
Wing Commander Mike Baulkwill, Officer Commanding 6 Squadron, which took part in exercises with their Typhoon aircraft in the UAE prior to Christmas last year, said:

We have seen the ground crew and pilots from 6 Squadron lead and operate in a very different environment, giving the pilots, ground crew and support staff an opportunity to work alongside other nations and our Emirate counterparts.
​