uk4u Thanks! have produced more than 7,500 Christmas Boxes this year, ready to be sent to every Serviceman and woman serving away from their loved ones across the world over the festive period. 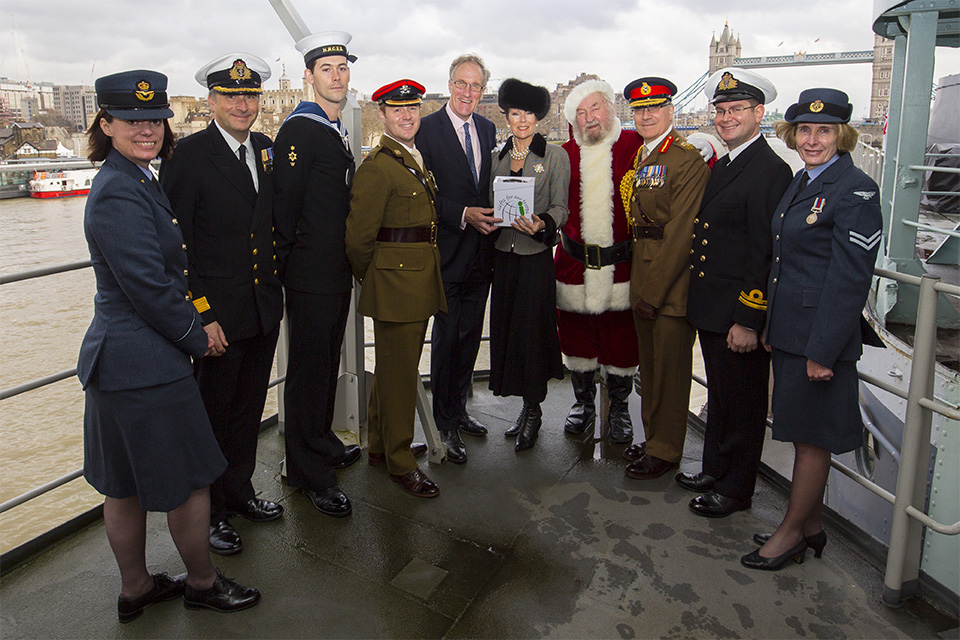 Guests came together on HMS Belfast to mark the occasion. Each year the location of the launch moves to highlight that uk4u Thanks! supports all three military Services. Guests included personnel who have received Christmas Boxes whilst on operations.

Flying Officer Lesley Woods, a Reservist in the Royal Air Force who received a Christmas box in 2010 while serving in Afghanistan said:


I remember the anticipation when the uk4u Thanks boxes were flown in by Chinook helicopter, and how we kept them under the trees in our office with a “not to be opened until 25 Dec” sign. It was our equivalent of Santa’s delivery for Christmas morning.
​ 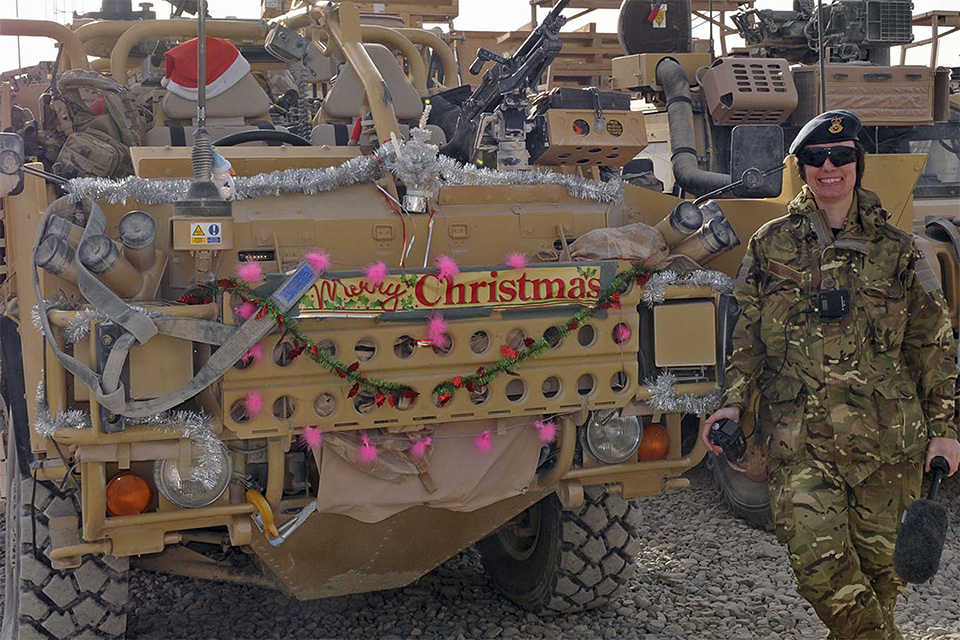 UK Forces deployed at Christmas this year will be in various locations around the world, including the Middle East, Africa and in Europe. They will be engaged in duties such as disrupting people trafficking in the Mediterranean, training in the Ukraine and supporting the counter-Daesh campaign and working with the UN in Cyprus. The charity will also send boxes to personnel based in the Falklands, those serving on HM Ships and Submarines, and to those recovering in hospital over the festive period.

The launch was attended by Minister for Reserves Julian Brazier who said:


I’m proud that the Ministry of Defence is supporting this campaign. The Christmas boxes offer more than a taste of home to those who are away. These boxes gift wrap our thanks, the thanks of a grateful nation, for everything our Servicemen and women do on our behalf.

While our personnel might not be here in the UK for the festive season, they remain ever in our thoughts.
​ 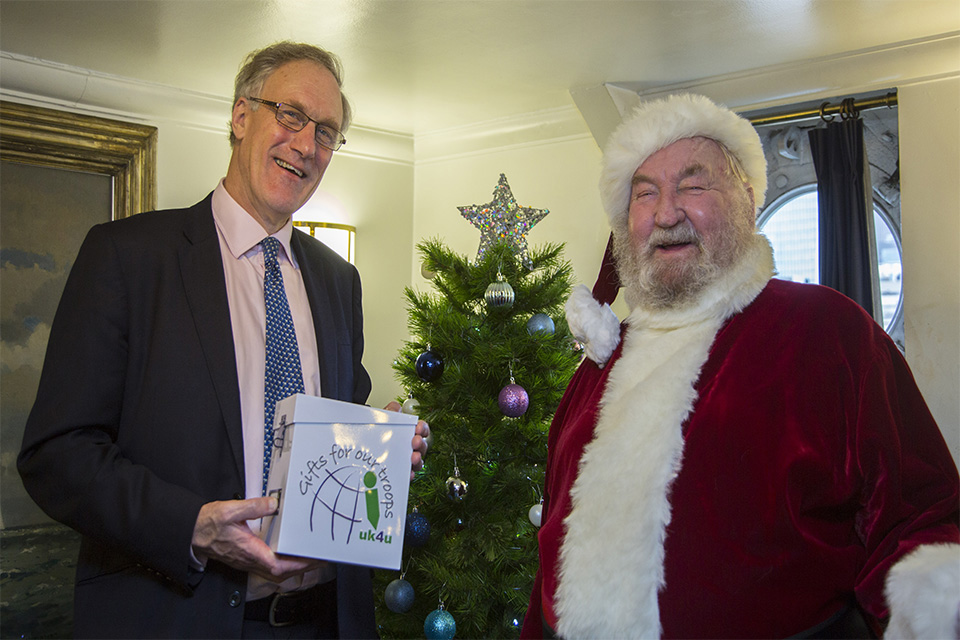 
uk4u Thanks! is thrilled to be able to continue a tradition started by Princess Mary of sending a gift from the nation to our Armed Forces on operations, away from their families, loved ones, and friends at Christmas.

We are ever-grateful for the continued support of our sponsors and the British public, which makes this possible.
​
uk4u Thanks!’s Christmas boxes are sent out using the British Forces Post Office. Members of the public who want to support the Armed Forces this Christmas are urged to donate to a Service Charity. Further information on the work of uk4u Thanks! can be found at www.uk4u.org.

News story: Troops send their loved ones messages for Christmas