Defence Secretary Sir Michael Fallon joined The Prince of Wales, The Duke and Duchess of Cambridge, The King and Queen of Belgians, Prime Minister Theresa May, and other dignitaries at a commemoration at the Commonwealth War Graves Commission’s Tyne Cot Cemetery.

The Tyne Cot cemetery is situated on the former battlefields of the Ypres Salient, within sight of the town of Ypres and holds 12,000 graves with 35,000 names on the memorial wall. The service reflected the story and experiences of those who fought in the Third Battle of Ypres and was watched by descendants and members of the public.

The battle began 100 years ago today on 31 July 1917 and was a major engagement in the First World War, claiming the lives of around 275,000 British and Commonwealth military personnel and around 200,000 German lives. 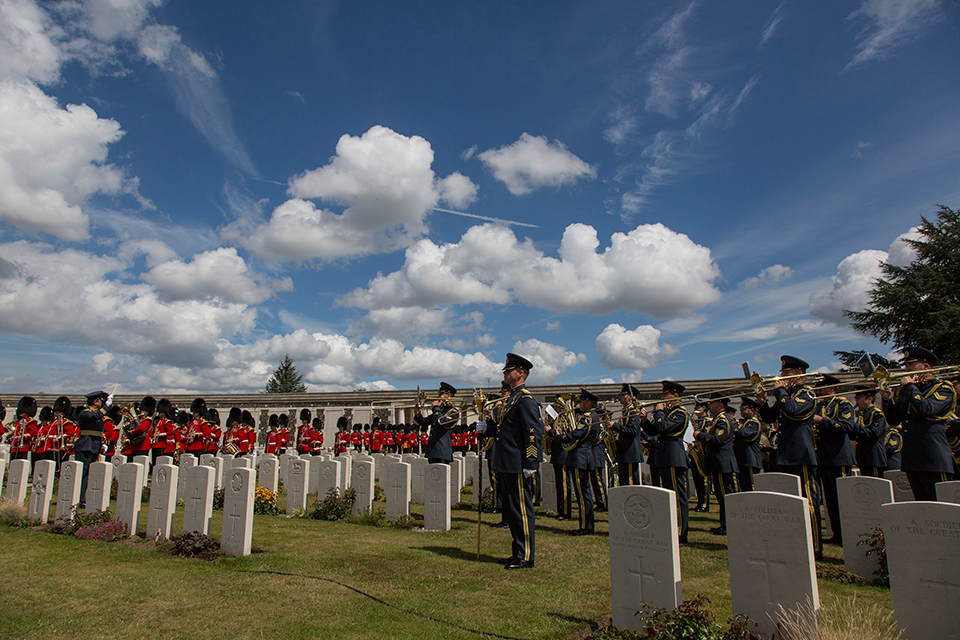 
These services provide us with the time to reflect on the sacrifice not just of the thousands of British and Commonwealth troops who gave their lives, but of the men on all sides who did not return home. This was a battle which touched communities across Europe and it is a privilege to be here in Belgium to stand as friends with the representatives of all the countries who took part in the Battle – friends who continue to be strong allies.
​
Earlier in the day Defence Secretary, Sir Michael Fallon also met with Belgian Defence Minister Vandeput to discuss security and defence cooperation between the two countries. Their meeting highlighted the enduring ties between the UK and Belgium, particularly the UK’s commitment to NATO.

The Defence Secretary later toured the Esterline factory in Kortrijk, which specialises in display screens for use in military aircraft.

In the afternoon, a National Service of Remembrance took place at the Welsh Memorial in Flanders organised by the Welsh Government’s First World War Programming Committee. This Service of Remembrance commemorated 100-years since the 38th (Welsh) Division attacked the German held frontline on the Pilckem Ridge at the beginning of the Third Battle of Ypres.