Ministry of Defence said:
A national event will be held on Saturday 29 June in Nottingham, and will provide a focus for the celebrations, alongside hundreds of local events to be held up and down the UK.
On operations at home and overseas, the men and women of the Armed Forces work to protect the security, independence and interests of the nation 24-hours-a-day, 365-days-a-year. Armed Forces Day is a chance to thank them and the whole Armed Forces community - including reservists, veterans, cadets and service families.
The support of the public is very much appreciated by the Armed Forces. Lieutenant Colonel Edward Dawes, Commanding Officer of 29 Commando Regiment Royal Artillery, played a major part in the national celebrations at Plymouth in 2012. He said:

Armed Forces Day is a great event through which the public can show their appreciation for their Servicemen and women. If they have no family connections with the military, they may not have other opportunities regularly.
​
At last year’s national celebrations here in Plymouth, my regiment was cheered through the streets by the public, who turned out in thousands to show how much we matter to them.
​
That was a great privilege and every soldier was deeply touched by the warm support shown to us. I’m sure it will be exactly the same in Nottingham and, indeed, in every town and city this year.
​ 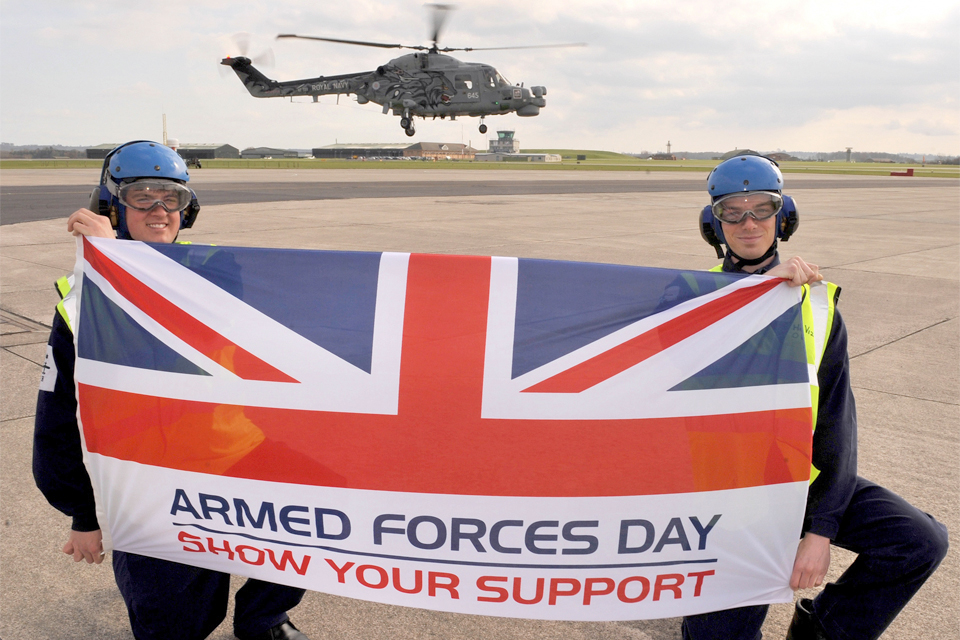 As a keen supporter of Armed Forces Day, Nottingham is proud to host the 5th national event, which will bring exciting displays, exhibitions, flypasts and military vehicles of an unprecedented scale to the city.
​
It’s a chance for people of all ages to come together to celebrate and say thank you to our Service personnel and we hope to welcome many people to the City to enjoy the events and activities we have organised with our partners.
​
Local communities and individuals are also organising events up and down the country to mark Armed Forces Day. Details can be found on armedforcesday.org.uk along with information for event organisers, who have until 31 March to apply for funding from MOD to hold a local event.
You can also join more than 1 million followers of the Armed Forces Day Facebook page and receive regular news and updates on the Armed Forces at facebook.com/armedforcesday.