The Defence Secretary Sir Michael Fallon has today visited some of the 1,500 British personnel currently exercising across five countries in Europe, joining NATO allies in a sign of solidarity against any potential threat.

Sir Michael met with the troops in Romania, including the UK’s 20th Armoured Brigade as part of NATO’s Very High Readiness Joint Task Force Land component, which the UK took the lead of in January this year. The approximately 500-strong British force have been deployed on Exercise Noble Jump, working alongside 14 partner nations and testing NATO’s ability to deploy forces quickly and in response to a crisis.

Elsewhere in Europe, a company of 45 Commando of the Royal Marines joined the US-led Sabre Strike exercise in Latvia and Lithuania, working alongside Norwegian and Polish forces. Troops from the Light Dragoons and amphibious engineers from 75 Engineer Regiment also joined the exercise in Poland while the Enhanced Forward Presence Battlegroup 5 Rifles exercised in Estonia.


The UK is playing a leading role in the NATO alliance and with around 1,500 British personnel exercising in Europe this week, nowhere can this be seen more clearly than in this region. We are standing side by side with our allies in the East, a sign of our unwavering commitment to European security.
​
While in the country, Sir Michael is also visiting Royal Air Force personnel deployed to Romania as part of the NATO Southern Air Policing mission.

The detachment of four Typhoon fighter jets from 3 Fighter Squadron has been based in Mihail Kogalniceanu Airbase in south east Romania since May. Deployed for up to four months, they are working alongside the Romanian Air Force to police the skies over the Black Sea.


The UK is stepping up in its support for NATO’s collective defence from the north to the south of the alliance. Through this deployment, RAF planes will be ready to secure NATO airspace and provide reassurance to allies in the Black Sea region.
​
During his visit, Sir Michael toured the airbase and spoke with RAF personnel deployed on the Mission. The Defence Secretary also witnessed the fighter jets participate in a practice Quick Reaction Alert. 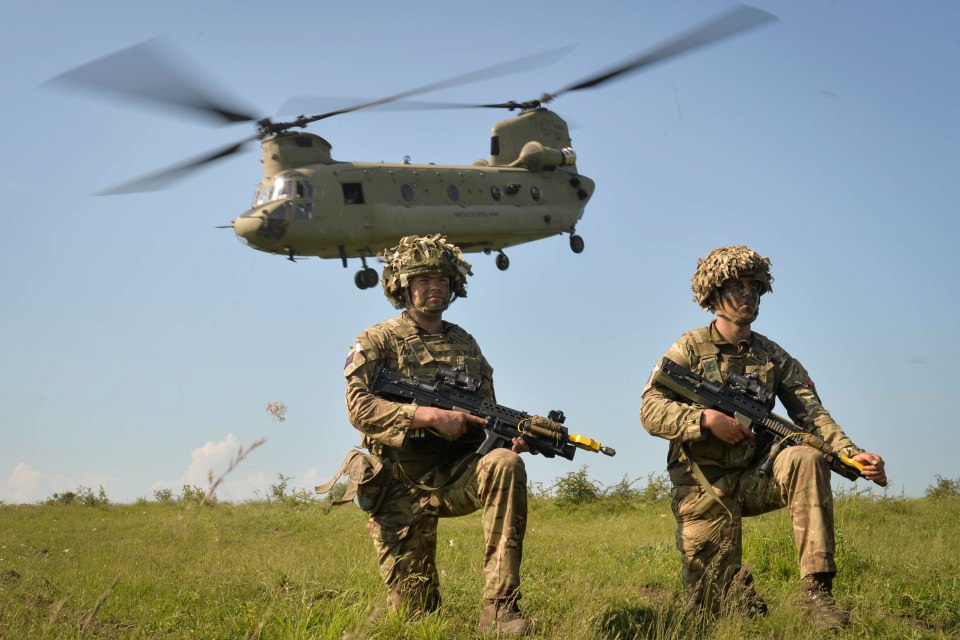