Ministry of Defence said:
The Ministry of Defence is investing £226 million in a specialist training school at RAF Brize Norton in Oxfordshire where the fleet of transport aircraft will be based.
It will house 2 full flight simulators to train RAF pilots, a specialist workstation to train loadmasters, a cockpit simulator to train engineers and a suite of computer-based training equipment.
The facility will allow all personnel who operate, support and maintain the aircraft to train in a replica environment, giving them the best and safest learning experience available.
The 18-year deal with A400M Training Services Ltd - a joint venture between Airbus Military and Thales Training and Simulation Ltd - will create and secure up to 300 long-term jobs, principally at RAF Brize Norton, but also at Airbus Military and at Thales UK’s facility in Crawley, West Sussex, where the simulators are being built. 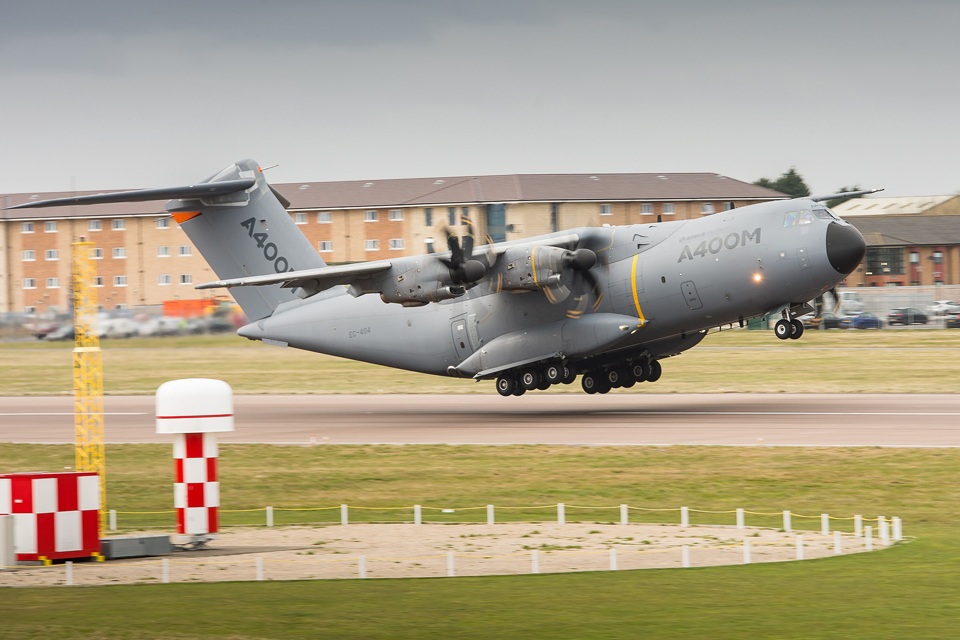 An A400M Atlas aircraft takes off from RAF Brize Norton [Picture: Paul Crouch, Crown copyright]The MOD is buying 22 A400M Atlas transport aircraft to replace the RAF’s fleet of C-130 Hercules, with the first aircraft entering service in late 2014.
Able to carry twice as much as the Hercules, the A400M Atlas can transport 32 tonnes of cargo over a range of 4,500 kilometres, providing unprecedented capability to support the UK Armed Forces.
The MOD is also able to announce today that £80 million is being spent on defensive aids for the A400M Atlas.
The contract is for the development, manufacture and installation of the modifications required to the aircraft so that it can operate the large aircraft infrared countermeasures defensive aids system when flying in hostile environments.
Flight Lieutenant Chris Aston, a future A400M Atlas pilot, said:

The A400M Atlas programme is incredibly exciting and one I’m delighted to be involved in. These facilities will give both aircrew and ground crew a unique training experience.
​
Having access to flight simulators, a loadmaster workstation trainer and cockpit maintenance operations simulator will ensure that we can get the most out of the aircraft.
​ 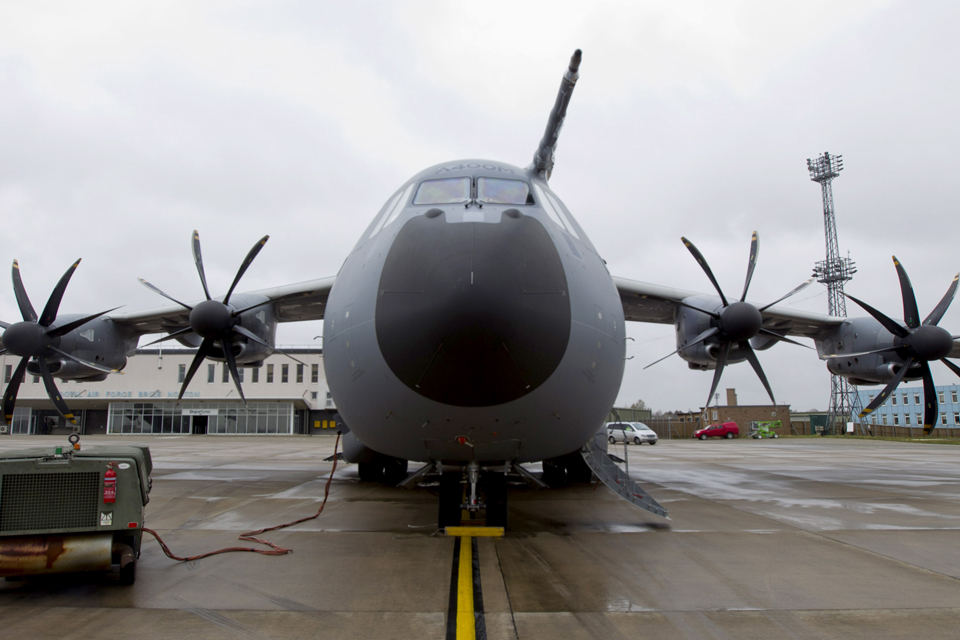 Our air and ground crews have always been some of the best trained in the world and the facility at RAF Brize Norton cements that position for the RAF’s latest transport aircraft fleet.
​
The blend of real and synthetic training will ensure crews can be ‘hands on’ with the aircraft throughout their training.
​
The defensive aid suites will provide pilot and crew with an essential defensive capability and peace of mind when operating in hostile environments. Protecting our crews and the aircraft is paramount.
​
Alongside the C-17 Globemaster and the new Voyager aircraft now entering service with the RAF, the A400M Atlas fleet will give the RAF the ability to move people and equipment rapidly around the globe for military and humanitarian operations for decades to come.

Who is paying for this?

Just slogged my guts out doing the design for the C130 rig!!!

At last MOD invests in an aircraft capable of supplying all of the Middle Eastern countries needs. Pity we just give them the arms instead of selling them...