HMS Calliope, home of Tyneside’s Royal Naval Reserves, has been renovated at a cost of £3.1 million in a move which also enables the Royal Marines Reserves from RMR Scotland (Tyne Detachment) to be based there for the first time.

Recent defence restructuring and the MOD’s Future Reserves 20 programme envisages the co-location of both the Royal Naval Reserve and Royal Marines Reserve units on Tyneside on one site, in order to reduce the overall infrastructure cost of the Maritime Reserve. Previously RMR Tyne was located in its own Reserve Centre on the Newcastle side of the River Tyne.

Tyneside has been home to a Royal Naval Reserve unit for 100 years but HMS Calliope, the unit’s current home, was in need of refurbishment and renovation, and this has now been made possible by funding from the Defence Infrastructure Organisation (DIO), part of the Ministry of Defence (MOD), and the Royal Navy.

The renovations include a larger area for training; accommodation space for 24 users; new classroom and office facilities; a state of the art fitness suite with climbing wall; and improvements to the external appearance of the building. 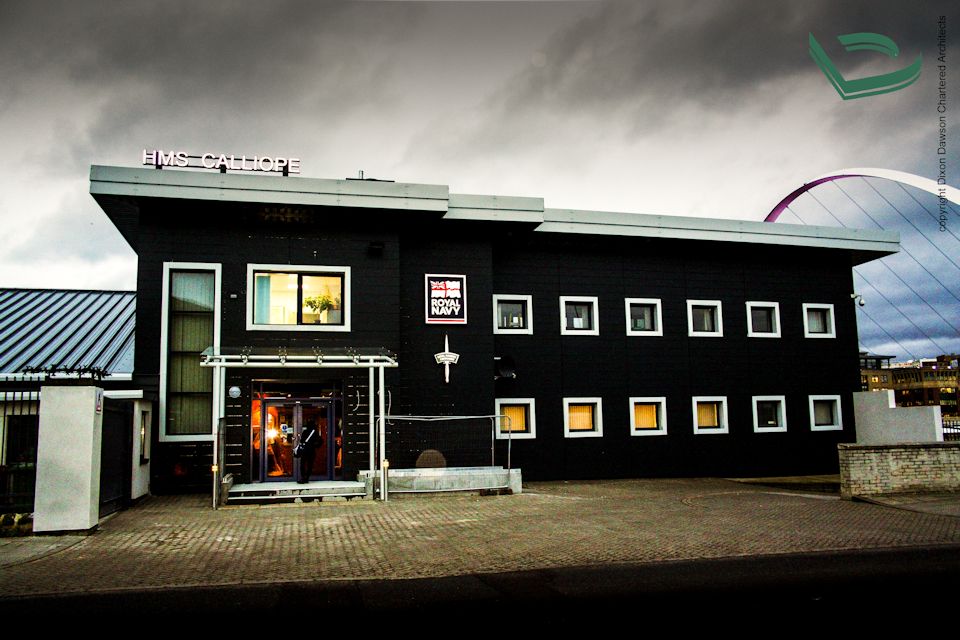 These developments will provide significant benefits not only for Royal Naval Reserves and Royal Marines Reserves, but also the other units currently based at HMS Calliope. These users include the Defence Training Undergraduate Scheme; University Royal Naval University Unit and the local Armed Forces Careers Office.

The North of England Reserve Forces and Cadets Association (NE RFCA), which project managed the work on behalf of DIO, awarded the contract for the work to Newcastle based SURGO Construction in December 2014, and work commenced in January 2015.


Investing in infrastructure to deliver military capability is a huge part of DIO’s role so I’m delighted to have been involved in this project. The work we’ve undertaken at HMS Calliope will provide Tyneside’s dedicated naval and Royal Marines reservists with a top-quality facility as well as allowing the MOD to save money by co-locating both units.
​
Lieutenant Commander David King, Royal Navy Staff Officer HMS Calliope, said:


This investment has significantly improved the training, office and fitness facilities available to both Reservists and other Units within HMS Calliope, as well as creating a much more attractive building which is at the heart of a vibrant quayside. This will help us to attract and retain the best talent in the region as part of the Ministry of Defence’s drive to increase the number of reservists by 2020.
​
The Royal Navy and North of England Reserve Forces and Cadets Association are now implementing the final renovations and will complete the project in February 2016.