Our C-17 giants take everything from heavy equipment to vital troops to where they’re needed right across the globe. This deal keeps them in the air into the next decade and affirms our leadership, alongside our American allies, in providing global security and humanitarian aid as we stand together in defence of our shared values.
​
This bilateral deal will deliver spares, design services, reliability and maintenance improvements, access to technical resources, and RAF aircrew and maintenance crew training programmes.

It will sustain more than 50 jobs in the UK through the support of a Boeing team at RAF Brize Norton, the home of the UK’s C-17 operators, 99 Squadron RAF. Further work will be carried out in the US at Boeing facilities in San Antonio, Texas. 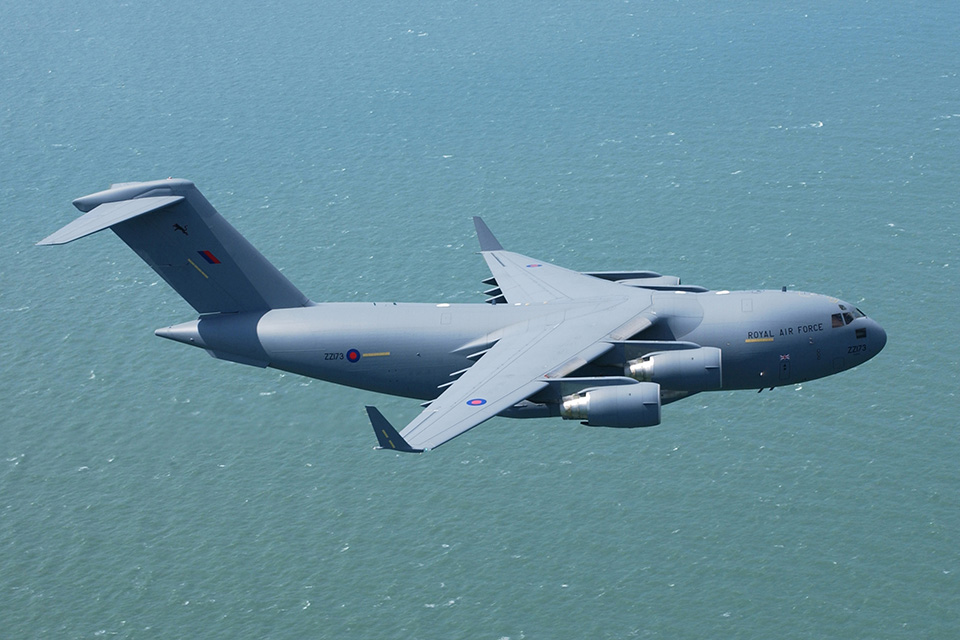 The new agreement, which extends and builds upon support arrangements that have existed since the C-17 came into UK service in 2001, will run until 2022.

As part of the UK’s Joint Rapid Reaction Force, the C-17 provides the RAF with long-range strategic heavy-lift ability, meaning it can deliver equipment and supplies close to where UK troops are on operations. Support for the RAF’s C-17 fleet is delivering an important need laid out in the Strategic Defence and Security Review 2015.


The signature of this deal has come about through the close relationship the Ministry of Defence has with our counterparts in the US, and will deliver world-leading support for the front line.

It means the UK will be able to continue to depend on the C-17’s remarkable capabilities in support of operations all over the world.
​
With a maximum airspeed of around 510 miles per hour, the jet can transport 77 tonnes of cargo, equivalent to three Apache attack helicopters or a Challenger 2 tank, and has a wingspan equivalent to the length of five double-decker buses.