Thales UK, based in Glasgow, will supply the sights for the Scout Specialist Vehicle (SV) programme under a contract with General Dynamics UK, based in Wales.

Amongst the 589 packages of equipment produced will be the Primary Sight, which will enable commanders to maintain a 360° view of their surroundings. It includes wide-area search-and-detect capability that automatically locates and tracks potential targets from their thermal signature, alerting the vehicle’s crew to their presence.

All the equipment will be built at Thales UK’s cutting edge optronics facility on the Clyde in Glasgow, sustaining 40 highly skilled engineering and manufacturing jobs.

The deal comes after the Prime Minister announced last week that the MOD had signed a new £390 million contract with General Dynamics UK to support the Scout vehicles to 2024 and bring an additional 250 new and technical jobs to Wales.


These latest contracts on the Scout SV programme show that Defence spending benefits the whole of the UK, with investment boosting local economies and creating jobs nationwide, from Scotland to Wales.

This Government has committed to increase defence spending each year for the rest of the decade, alongside a £160 billion Equipment Plan for our Armed Forces, which will give them the kit they need. Our investment in Defence will not only help to keep Britain safe but is creating and sustaining jobs and key skills in industries right across the UK.
​
The Defence Secretary made the announcement as he was visiting the headquarters of the MOD’s Defence Equipment and Support (DE&S) organisation in Bristol.

DE&S employs around 12,000 people in Bristol and across other UK sites and is responsible for equipping and supporting the UK’s Armed Forces.


It is very encouraging to see progress on the Scout programme and this is down to the hard work of DE&S staff and their colleagues in the defence industry.

As the army’s first fully digitised armoured fighting vehicle, Scout SV will be effective in the most difficult terrains around the world and by selecting the most advanced and appropriate systems for Scout SV, we can be sure that the UK’s Armed Forces will have the very best equipment possible.
​
Designed by General Dynamics UK, the MOD is buying 589 Scout SV for the Armed Forces through a £3.5 billion manufacturing contract signed last year. The 589 new armoured fighting vehicles will be the “eyes and ears” of the British Army on the battlefields of the future.

The Secretary of State for Scotland David Mundell said:


This is welcome news for Glasgow and the rest of Scotland. This contract underlines how our engineers continue to excel in providing skills, expertise and support for the Armed Forces activities across the globe.

The UK’s defence industry is worth billions of pounds and generates economic benefits for communities across Scotland, through jobs, supporting services and – as today’s announcement shows - contracts through the supply chain.
​ 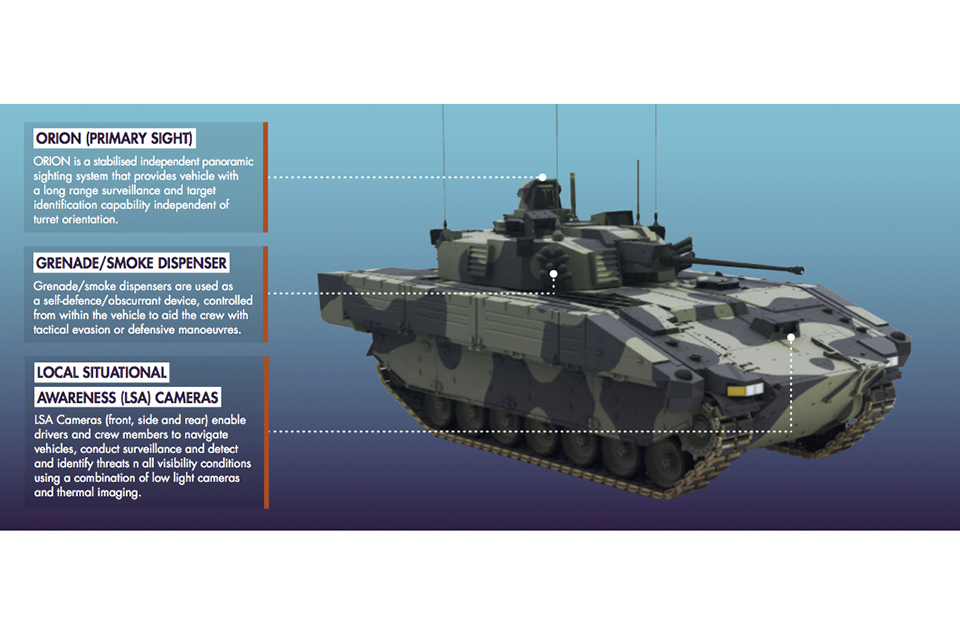