The single living accommodation modernisation project, better known as Project SLAM, has been one of the largest new build and refurbishment projects in the UK and has delivered successful renovations and constructions on 52 locations from Scotland to Cornwall. 121 separate projects have improved or created more than 22,000 bedspaces in this time.

Project SLAM has placed or employed over 150 graduates and trainees and has won numerous awards, including more than 20 Considerate Constructor Gold, Silver or Bronze awards. Feedback from soldiers, sailors and airmen and airwomen has been positive:


They are much better facilities as you have a rest room and communal area so the lads are not just stopping in the rooms on their own. There is an amazing kitchen and drying room, we really have everything we need.
​ 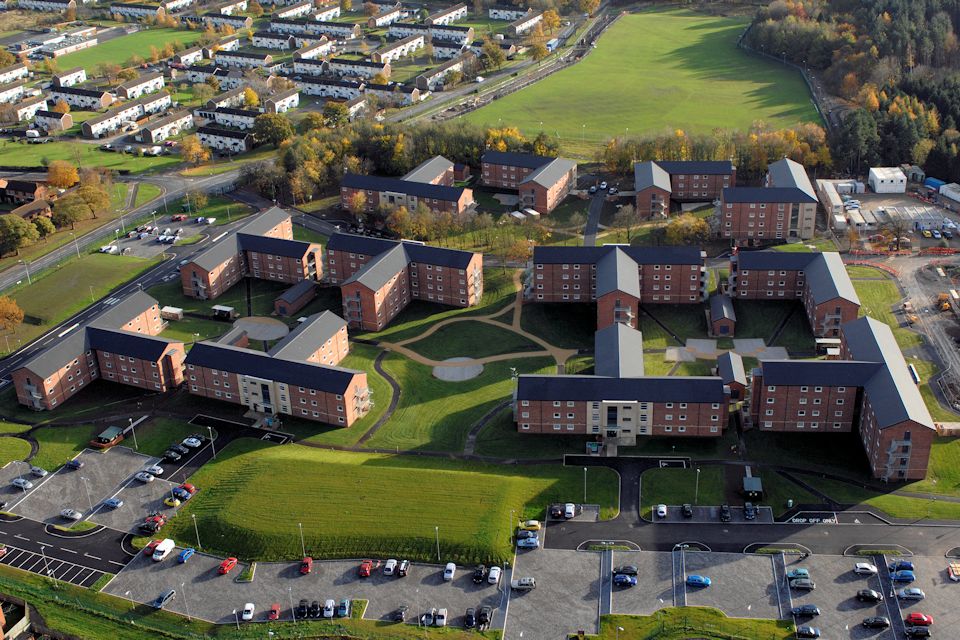 The contract was awarded in 2002 to Debut Services Limited, a joint venture between Lendlease and Babcock Support Services. 12 sites, including Woolwich Barracks and Cavalry Barracks in Hounslow have had accommodation refurbished to modern standards, while others have had entirely new accommodation blocks built, a total of 319 new blocks over the term of the project.

These are a mixture of traditional and modular construction and examples include Gaza Barracks in Catterick Garrison and HMS Nelson. Over the course of the project, one bedspace was delivered every normal working hour on average.


Project SLAM has been an undoubted success for a number of reasons, not least the firm intent from military chiefs to prioritise funding investment into accommodation for our people. Further, the quality of build across the programme has been well received and provides a lasting legacy of modern living accommodation for highly deserving occupants. Well done to all involved!
​
Brian Johnson, Debut Service Limited, said:


Over the last 12 years Project SLAM has consistently delivered first class single living accommodation for the armed forces across the UK. We are delighted to have completed over 22,000 beds, dramatically raising the bar for living accommodation for Britain’s servicemen and women and improving the built environment in which our armed forces live and work. We look forward to continuing to work with the DIO in the years ahead.
​

Impressive. It's a great shame that the rebuild in HMS Sultan was cancelled - phase two's still living in buildings from 1932...
You must log in or register to reply here.