New From the USA 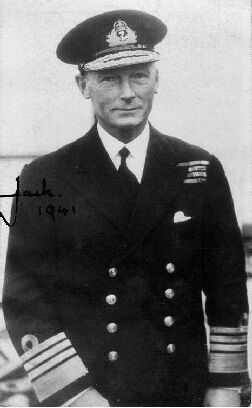 Just for you, I Googled and here are some results, gratis.
Please check them out yourself.

I liked this particular QUOTE â€œâ€¦â€¦He had an impish sense of humour :twisted: and loved nothing better than a successful leg-pullâ€¦â€¦â€UNQUOTE

Does that sound a just little familiar to you?
In the RN it is what we doâ€¦...so take no offence.

PS Please come back when you have found your book and used up all of your Crayons.
N

Sorry, My spilling bad, i should have spilled checked that.. i have always like Admiral John Tovey and Sir Bruce Fraser. they were two of my favorite Admirals in WW2.. Not only that, i have a lot of respect for the royal Navy, in WW 2, Britain, was on her own, til, the US got involved in Dec. 1941.
Nikki
N

i have always like Admiral John Tovey and Sir Bruce Fraser. they were two of my favorite Admirals in WW2.. Not only that, i have a lot of respect for the royal Navy, in WW 2, Britain, was on her own, til, the US got involved in Dec. 1941. what do you guys thing?
Nikki
N

Anyway, From what i real the US Navy and Britain Navy, have always had a good relatonship, how true is that?
Nikki
N

guys,
no, picking one for this: Guys,
This is kind of the same idea, but it's a little bit difference then one we did on here About Her vs. the two heavy cruisers Norfolk and Dorsetshire. If Renown and Repulse went up against PE, could they handle her, and get a tow line on her to keep her from helping her brother Bismarck in his last fight against KGV, Rodney, Norfolk and Dorsetshire?

I guess what i was trying to ask is could they hold on to her with the towlines til, bismarck got sank, then when KGV and Rodney, when back to scapa flow, the four of them take her back with them, but if they able to get a prize crew on board, they dont have to two her, but say in a net around her, so she can run for freedom, that what i meant ok..

What i mean by getting in a net around her with KGV, Rodney,behind her and Renown, her sister on each side of PE! if she gets in to a wiggle and squirming mood, how do they handle her or is she dog meat? And Explain why, it would help me understand better? im keeping it here!
Nikki

Catching PRINZ EUGEN with a net does sound like a jolly humane way of conducting sea warfare. Iâ€™m sure the late Fuhrer wouldnâ€™t have been too amused with it, though. One assumes that her 8 x 8â€and12 x 4â€ guns and the 12 torpedo tubes would have been permanently silenced without sinking her, of course.

I take it, young lady (I assume), youâ€™ve studied the engagement beyond the pages of Wikipedia?
N

guys,
what i mean was: What i mean by getting in a net around her with King George V, Rodney, on the port and starboard side. behind her with Renown, and repulse takes the lead! that just what i meant.. what do you mean by this: I take it, young lady (I assume), youâ€™ve studied the engagement beyond the pages of Wikipedia?
Nikki
N

Guys,
It was just an Idea, i know it would never really work! and I know that, i just went to get your ideas off it!
Nikki
N

guys,
I was asking a question, hoping to get a good answer ok.. that questions was kind of the same idea to Prinz Eugen taken on Norfolk and Dorsetshire!
Nikki
N

Guys,
this is the other Question: When Prinz Eugen Surrendered to the British in May 1945 in Copenhagen which is in Denmark. She was then taken back to Wilhelmshaven on May 28th, to be turned over the US as a War prize. She was Escorted by light Cruiser Dido and Heavy cruiser Devonshire and Two Destroyers (H.M.C.S. Iroquois and H.M.S. Savage). my question is Were Was Devonshire, was she behind Prinz Eugen or where was she at, Exactly? And Did Prinz Eugen have a Chance to Escape in to open water or were there British Sailors on board her to make sure she didn't make a run for it? But there is the twist here, Her Ammunition was offloaded under British orders, so she didn't have any of her 8" shells.

So My question here is could she have gotten away or would she have been sank right off the bat or blow out of the water? and Explain why!

But there's an add on to this also: What If" light cruiser NÃ¼rnberg draw off Dido and one of the Distroyer Savage. Could PE draw off Devonshire and the other Distroyer Iroquois. what were the odds on them actually getting away, I know PE didn't have any shells, but she did have her torpedoes i believe? Kind of what i told my two other friends don't sink PE, just corner her and force her to back down and give herself up, then if she doesn't pop off a few warning rounds at again see if she's back down, then if she doesn't, then sink her! But don't sink her right off the bat.

But what do you guys think? Or are they both dogmeat any way??
Nikki