"Royal Navy Submariner Trainees across the country have been recognised from Friday, September 25 with the presentation of a set of unique training dolphins.

Traditionally the Gold Dolphin badge has been the mark of a qualified submariner. First presented in the 1950s, the current badge – which depicts two dolphins and an anchor with a crown – was introduced back in 1972.

Up to now, those joining the Submarine Service have had no insignia recognising them as Submarine Service trainees. But from now, the men and women undergoing initial Royal Naval training who have chosen or have been selected to join the submarine service will have the right to wear their own version of the dolphin badge.

The new training dolphins are a similar size and design as the traditional gold dolphins but are black in colour.

Being presented with the first set of training dolphins at HM Naval Base Clyde were the students of the current SMQ class who received them from the Head of the Royal Navy Submarine Service, Commodore Jim Perks.

"The introduction of the submarine training badge marks an important step in the career of those choosing to serve as submariners.

The badge will rightly recognise the progression within the Submarine Service from trainee to fully qualified submariner.

Training dolphins will increase our Service’s visibility within our training establishment and potentially increase the number of volunteers. With the skills and knowledge, they will attain going forward, they will turn their training badge into gold.

While the new badge was presented at Faslane, trainee submariners across the UK were also receiving theirs.

All new entry officers and ratings on streaming submarines at Britannia Royal Naval College and HMS Raleigh will be eligible to wear the badge, which will better recognise career progression and mark entry into the Submarine Service." 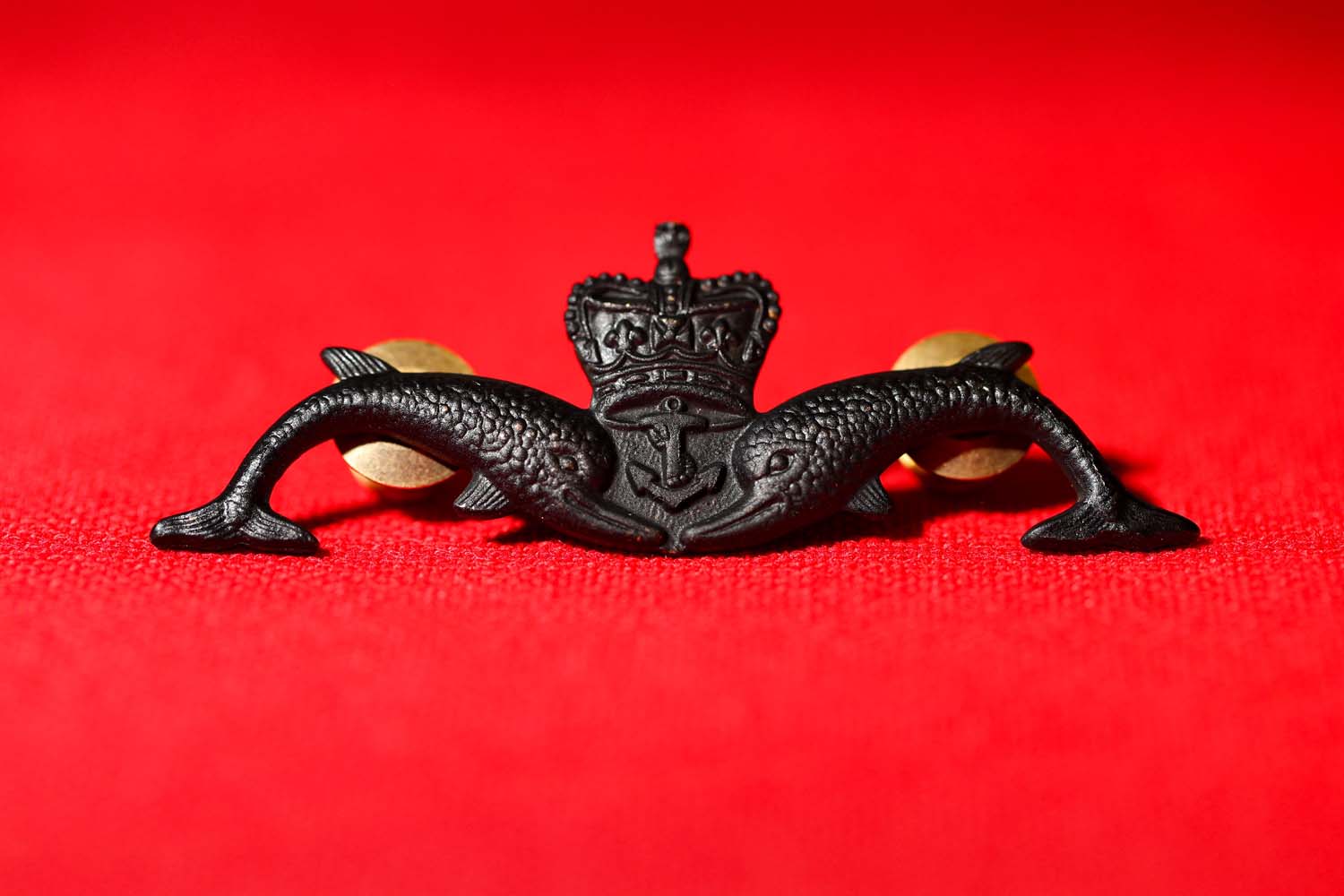 Royal Navy Submariner Trainees across the country have been recognised from Friday, September 25 with the presentation of a set of unique training dolphins.

What a complete joke and waste of money.

RabC said:
What a complete joke and waste of money.
Click to expand...

I’m happy to stick my head above the parapet and say I don’t have an issue with these. A waste of money? Possibly, unless they achieve their aim in which case they’re worth every penny.

To those that feel their Dolphins are somehow devalued by these; have a word with yourself. They’re not gold, nobody’s pretending it makes the trainees magically qualified, and lets not forget we didn’t issue Dolphins at all until 1972; and they weren’t exactly a popular idea. Waste of money and unnecessary apparently.

SM 10 (and his team, closed up & shut down) are all busy painting up a huge batch of Bomber Pins in a nicely-subdued shade of Matt Black .

Watch this space for further news of these much desired black bomber pins which will be a perfick match for any baby Part Three's brand new black dolphins.

Distressed and depressed about not having been good enough for long enough for your Pea Doo Medal??
Fret ye not - A shiny black version is being finalised for Services-wide issues as we go to print!

Not received your Armed Forces Veterans ID Card yet either? Issues of these have been placed on hold until the Black Version [for every Non-Veteran who never ever served] is also being readied for issue at the same time.

Negotiations continue for the D and D'ess of Su-Secks to present both versions on bended knee as part of their humility and rehab training just as soon as POSUS Trumpus completes his joining routine for his second term at the White House and orders their RTU.

^Aye & too true Younker - 'twas only a few short weeks ago that some of us were recalling or commemorating the 50th Anniversary of Black Tot Day...

Most of us will long gone by then but I predict that in 50 years time today's baby Submariners and newbie Part Threes (and maybe even S/M Staff O's like your goodself ??) will be recalling if not celebrating Black Dolphins Day...

I wonder which bright spark came up with this idea, and if they have connections with the firm that makes the badges?

Introduction of Dolphins in the early '70s
2 3