Started my journey for a student naval nurse in June 2019 and I sat the medical board end of January 2020
Today i got the news I didn’t get a place to say I am disappointed is an understatement
As far as I am aware there was some other people there older who are already with the Royal Navy
I have been told to apply next year
I want to go there next year and smash it but will I be wasting my time?
Will I have to re start the process?
Redo the medical all the tests
No silly comments please

The different elements of the recruitment process each have a different period of validity, Flowers99.

The PJFT is valid for 6 months, the Medical is valid for 12 months and the RT (score) is valid for 3 years. This suggests to me that the two elements which you may be asked to re-do will be the Medical and the PJFT and I'm sure that you will take that in your stride.
F

Just found out I was 7 marks off passing! Absolutely devastated!!

Flowers99 said:
Just found out I was 7 marks off passing! Absolutely devastated!!
Click to expand...

I know that it's easy for me to say this, because I'm not in your situation, but, if there were one small piece of advice I could give you now that I thought might help you, it wouldn't be about the recruitment process itself, it would be about how to navigate this disappointment and other ones which you will experience in the future. Although it is a difficult concept to take on board and when I was 21 I would have scoffed at this and dismissed it as useless nonsense, it has been the case, I have found, that there are different ways of reacting to disappointments of this kind and thus a choice for the person in question.

Your posts on the news about not being chosen for entry this year as a Naval Nurse student actually include a range of reactions which include 'absolutely devastated', 'disappointed' and 'I want to go there next year and smash it'. This is evidence that you are capable of holding a range of opinions along one spectrum and this also means that you can choose where you want to position yourself on the spectrum. Although it's tempting, you aren't obliged to adopt the 'devastated' position, you can choose other ones. I would advise moving away from 'devastated' by the end of today and choosing a new point on the spectrum for tomorrow and onwards. Find a point which encapsulates being fed up but nevertheless hopeful and then look at another point to move along to next week which is about being hopeful, because it seems to me that the situation is very hopeful.

Something which may well be true is that you will know now where the 7 points which you missed out on were lost and there may be something to be gained from focussing on this for a while and planning to make sure that those 7 points will be in the bag, so to speak, next time round. For the next few months, you can identify things which will help you with your application. You could subscribe to Navy News in case there is something in there about Naval Nurses at some point; it will give you a better idea about deployments and so on anyway.

Now that you know so much more about being a Naval Nurse and about the qualities the Board looks for, you could make a point of doing things this year which would help you to demonstrate that you have those qualities. I've found something which I think would be a good fit - I'm assuming that the age group applies to you. 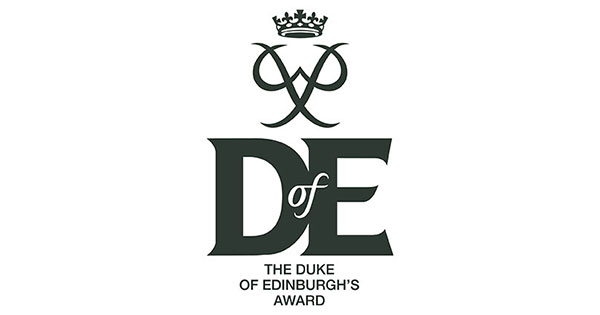 I was thinking of a Jerome Kern song as I was typing, it's an old song so you may not know it, but the lyric goes:

Nothing's impossible I have found,
For when my chin is on the ground,
I pick myself up,
Dust myself off,
Start all over again

If you can master this art of picking yourself up, dusting yourself off and starting all over again, you will have acquired a skill which will stand you in good stead for the rest of your life, believe me.

It sounds to me as though this year is going to be an interesting and fulfilling one for you as you work on securing a NN place for yourself next year. It's time to get cracking. Yes. Now.

PS I was struck by something which Branch-Hopper said to a poster who hadn't passed the AIB recently. It's not uncommon for applicants to not pass the AIB; the ones who take it on the chin and come back for another try often come back vastly improved and showing real promise, it's as though that knock-back has brought out the best in them. This could be true for you, too.

"You have not failed, You have been given an opportunity to return with a significantly higher score."

You should think along those lines too.


BOOTWU Sinks back into his armchair, confident that the OP will eventually become older & wiser from one of life's many unfair challenges that most of us have had to face up to from time to time.
F

Soleil, thank you so much for the lengthy reply, I read it today I have my big girl pants on, got completely over it and I am ready to fight for what I want (sounds cheesy) I know haha.
I’ve spoken to the medical branch a and also my AFCO this morning and I am getting a bit of conflicting information and I wonder if you or someone could shed some light on it

To become a medical assistant and go to Raleigh sometime in the summer 2020 and then resit the medical board in Jan 2021, if I get accepted then great news, if not I still have the MA position to crack on with
Now the medical branch have said if I was change to an MA on my Navy Portal and do the above then I wouldn’t be able to transfer to the Student Nurse for 3-4 years

Thanks again
You must log in or register to reply here.