Representatives of a Royal Navy ice patrol ship were given a warm reception when they visited Cambridge.A tree was planted on Lammas Land to mark the affiliation between the city and HMS Protector, which patrols British Antarctic territories.

On the 21st September 2013, Lowther Castle in the Lake District will host the very first Born Survivor event, a military inspired obstacle race designed by elite armed forces personnel. The brainchild of an ex-Royal Marines Commando and Falklands veteran, the event is a brand new fixture in the UK’s obstacle racing calendar, featuring 40 purpose built obstacles and 1,000 ft of ascent across a 10km course.

Not entirely sure what an 'ex pigeon fancier' means but it's quite an exciting naval story!
Click to expand...

It’s a military coo! Pigeons take over on HMS Diamond

One of the Royal Navy’s state-of-the-art destroyers turned into a makeshift aviary when two racing pigeons made the ship their home.
HMS Diamond was joined by the exhausted racing pigeons – nicknamed Gregory Peck and Sir Henry Cecil by sailors on board – as they sailed off the coast of Plymouth. Despite numerous attempts to get the pair to fly away, they refused to  leave.

On the 21st September 2013, Lowther Castle in the Lake District will host the very first Born Survivor event, a military inspired obstacle race designed by elite armed forces personnel. The brainchild of an ex-Royal Marines Commando and Falklands veteran, the event is a brand new fixture in the UK’s obstacle racing calendar, featuring 40 purpose built obstacles and 1,000 ft of ascent across a 10km course.

Book Reviewer
Russia: Fleet refuels away from base 'to avoid tax' 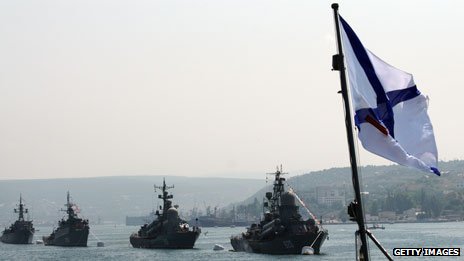 Russia has stopped fuelling the famous Black Sea Fleet at its naval base in a bid to avoid taxes, it's reported. A fleet has been based at Sevastopol, in today's Ukraine, since the late 18th Century and the site will remain in Russia's hands until 2042. But it seems the Russian Foreign Ministry is unhappy at the level of VAT and customs duty charged by its host "without legal justification". An unnamed diplomat told the Interfax news agency: "The fuelling of Russian Black Sea Fleet ships on Ukrainian territorial waters stopped last autumn in order to save money."

Apparently, leaving Ukrainian waters to top up the tank has saved Russia 180m roubles (£3.6m). The fleet had already moved its repair operations to Bulgaria, Interfax notes. The port's status remains contentious. Though founded by Russia, Sevastopol was transferred to the Ukrainian soviet republic in the 1950s. And when Ukraine broke away - in 1991 - the port went with it, leaving sailors to decide which country's navy to serve. The decision to extend Russia's lease - in exchange for cheap gas - sparked punch-ups in Kiev's parliament three years ago.

On her travels, she repeatedly passed the Caledonian MacBrayne ferry MV Lord Of The Isles, a car and passenger ferry that operates around the islands of the North West of Scotland.

The Type 23 frigate passes countless ferries throughout the world, but this one was rather more special for the ship, as both vessels share a common link dating back to when they were both launched over 2 decades ago, namely the lady who launched them both - Lady Rifkind.

The Queen of the Seas meets the Lord of the Isles - HMS Montrose encounters her civilian cousin | Royal Navy
(Source: Royal Navy)


Civil Servant Sam Yee is proud to serve his country – in two ways. The 28-year-old works for the Department of Education by day. But during his spare time, he is a commissioned officer in the Royal Naval Reserve at the Portsmouth-based HMS King Alfred unit.


The Royal Navy’s newest commissioned warship has become the first of her kind to carry out a tricky manoeuvre at sea. HMS Defender carried out a transfer of people to her fore deck from a helicopter while the ship was moving. The Type 45 destroyer has been conducting intense aviation training to ensure she is able to undertake all kinds of operations during any future tasks.

A Scout troop visited a navy engineering and survival school. The 1st Fareham Scout Troop visited The Royal Naval Air Engineering and Survival School, at HMS Sultan. Nearly 30 youngsters were earning their Basic Aviation badge, exploring Sea King and Lynx Helicopters and a Sea Harrier plane. The Scouts looked at the basic theory of flight, how ejector seats work, and the current role of naval aircraft.

Standing on the deck of HMS Victory, sailors who have been protecting busy shipping routes were welcomed home by the Second Sea Lord. Vice-Admiral David Steel met with Crew 1 of the Portsmouth-based Second Mine Countermeasure Squadron during an informal ceremony on the historic ship. He praised their achievements on a recent six-month deployment.

The Fleet Air Arm Museum is launching a summer exhibition from July 31 to September 5 as part of the celebration of the 60th Anniversary of Royal Navy Helicopter Search and Rescue. In 1953, the Royal Navy took delivery of its first Westland Dragonfly aircraft (pictured) to form dedicated search and rescue squadrons and units around the UK. And, in the intervening six decades, these brave men and women have rescued tens of thousands of stricken or stranded souls.

At the heart of the display will be the Sea King flown by Prince Andrew in the Falklands Conflict and a Dragonfly, the small helicopter which began this rich tapestry of life-saving and heritage.


Teenage rugby talent in Gloucester has the chance to spend a week in the life of the Royal Marines. Gloucester Rugby have once again teamed up with Chivenor Barracks in Devon to provide a testing five-day rugby camp. For the third year Gloucester's community department will join forces with the Marines Commandos to put a host of teenagers through a week of high-intensity training. Mixing rugby and military exercises, the youngsters will go through mental and physical challenges set by the Royal Marines.

THE ROYAL Marines amphibious training squadron will complete their move to a brand new £30million super centre this week.
Leaving their Poole base for the final time, 10 Training Squadron will join 539 Assault Squadron who moved to the Devonport site last month.


Royal Marines from Poole to move into Plymouth amphibious centre of excellence | This is Plymouth
(Source: This Is Plymouth)
Click to expand...

Prince Harry is to officially open the new £30million Royal Marines centre in Plymouth, it has been announced. The Prince will formally launch Royal Marines Tamar, the centre of operational and training units for small craft crews of landing craft, hovercraft and fast boats at HM Naval Base, Devonport, on Friday, August 2.
The royal guest, in his role as Commodore-in-Chief Small Ships and Diving, will attend a parade and VIP reception at the centre which also trains assault Marines in coastal and river landings. The Prince, a fully trained Apache Attack Helicopter pilot in the Army Air Corps, will unveil a plaque on the new building marking the occasion after taking the parade salute and review the guard and parade of RM Tamar personnel from 1 Assault Squadron.

Colonel Garth Manger, Commanding Officer of 1 Assault Group Royal Marines said: "Having Prince Harry open Royal Marines Tamar is a great honour and serves to highlight the importance of this new bespoke amphibious base. For the first time the Royal Navy will have all the amphibious elements together in one place ensuring that we deliver real operational capability in a cost effective and professional manner. "Prince Harry's presence on this seminal day in 1 Assault Group Royal Marines' history is fantastic and gives the unit a real boost.''

Perry’s Victory: The Battle of Lake Erie commemorates the 200th anniversary of the Battle of Lake Erie, one of the largest naval battles of the War of 1812 in which nine U.S. vessels captured six ships of Great Britain’s Royal Navy. One of the prominent works on view will be the heroically scaled painting Perry’s Victory on Lake Erie by marine painter Thomas Birch, depicting a critical moment just before the surrender of the British ships.

The show will include paintings, prints, sculpture, artifacts, letters and music to recall more of the exciting story. The naval engagement, led by Commodore Oliver Hazard Perry, was a watershed moment in which the Americans reclaimed the lake and Perry became a national hero. A squadron of British ships had never before been captured; as Perry famously reported, "We have met the enemy and they are ours."


A sheltered home is holding an open day.Cessac House, in The Redan, Anglesey in Gosport, will be open to the public on August 17. It starts at midday and finishes at 4pm.

The home opened in 1976 and can house up to 90 people. It is run by the Church of England Soldiers’, Sailors’ & Airmen’s Clubs. The association provides help and accommodation for elderly ex-service personnel.

The crews of a lifeboat and a Royal Navy helicopter teamed up to perform a delicate rescue operation on the roof of a Highland tourist attraction. Scores of holidaymakers watched as the aircraft swooped low over Castle Stalker in Argyll to airlift a man who had taken ill while visiting the landmark as a guest of its owner.

Thales UK maintains that its proposal for the Royal Navy's nascent Crowsnest programme to equip AgustaWestland AW101 Merlin HM2 helicopters for airborne surveillance and control (ASaC) missions will be more affordable, quicker to implement and offer lower risk than a bid from rival Lockheed Martin.
The RN's current ASaC function is provided by a fleet of Westland Sea King 7s, which are due for retirement in 2016, and the Ministry of Defence is keen to quickly introduce a new system in order to minimise the capability gap it faces.

Not entirely sure what an 'ex pigeon fancier' means but it's quite an exciting naval story!
Click to expand...

A pigeon has found her way home after a trip of a lifetime aboard a Royal Navy frigate. Paul-a the pigeon, originally known as Paul until her gender was established, made national headlines when she turned up 300 miles out to sea and was taken care of by the crew of HMS Somerset. Now the bird is back home in Redcar with her 74-year-old owner Gyl Hartshorn.

Discoveries in waters off Libya have provided the Royal Navy with one of its most fruitful periods of survey work in recent years. 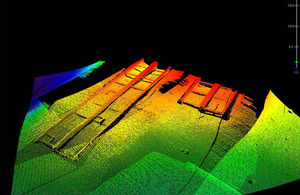 Unchartered wrecks including a 150m vessel at a depth of 22m have been recorded by the Royal Navy’s hydrographic ship, HMS Echo. This follows a secondary series of surveys of Libyan waters covering 46.8 square nautical miles, equal to just under 20,000 football pitches. All resulting data is to be shared with the Libyan Hydrographic Office for updating of area charts.

A bid to bring retired warship HMS Edinburgh to the Capital as a “floating museum” is steaming ahead after the Lord Provost contacted navy chiefs to express interest in securing the iconic vessel. Culture bosses confirmed they had launched a probe into the viability of obtaining the decommissioned Type 42 destroyer, known as the “Fortress of the Sea”, as part of plans to install her next to the Royal Yacht Britannia in Leith.