Thank you , a much needed shot in the arm.

Stirlin said:
Thank you , a much needed shot in the arm.

However - one of yours and ours.
Worked with a mate of mine. 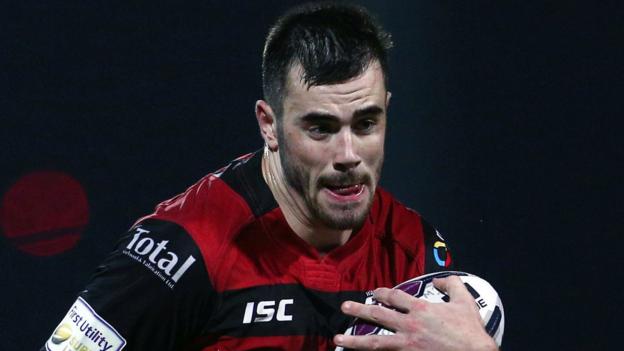 Only had a couple of games for us Taff on loan from you , HUGE bloke but with soft hands putting our speed merchants into gaps , 27 yrs old is far too early , will be missed across the whole RL community.
- 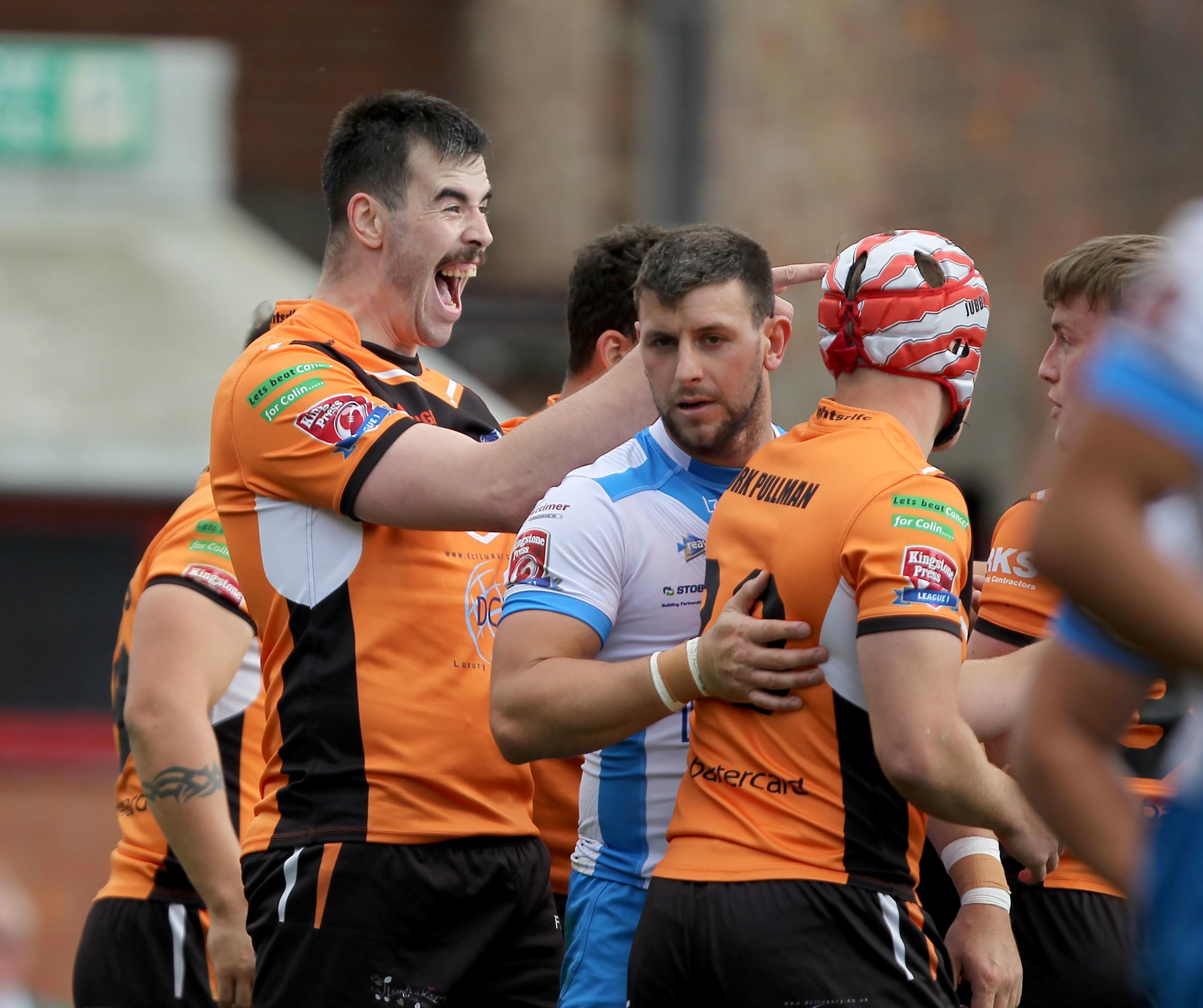 Stirlin said:
Only had a couple of games for us Taff on loan from you , HUGE bloke but with soft hands putting our speed merchants into gaps , 27 yrs old is far too early , will be missed across the whole RL community.
-

From Alistair Campbell , former press secretary to Tony Blair.
-
A few years ago I got an email out of the blue from Karl Fitzpatrick, chief executive of Warrington Wolves. He had read my book, WINNERS AND HOW THEY SUCCEED, and he and the Wolves’ then coach, Australian Tony Smith, who had also read it, wondered if I would go up to spend some time with them, and do a talk with the squad.
Though Burnley FC is my main sporting passion, I have always had a love of rugby league, spending the first eleven years of my life in Keighley and regularly going to see the Cougars play at Lawkholme Lane.
So I said yes and set off with my son Rory, who had worked with me on the book. The training ground was at Chester University and we arrived to see a group of mainly large, very muscular men, mainly Northern English with a few Aussies thrown in, bantering as they got ready for this session.
The whole squad packed into a room at the centre of which were two physio tables so that those who were in need of massage could get it while I spoke. They were a lively and engaged bunch and I could sense, as I was talking through some of the analyses and the characters in the book, that they were in the main enjoying it. When we got to the Q and A session the questions flowed, many about some of the sportsmen and woman I had spoken to, others about politics and what life was like inside government, others more personal, for example about mental health.
But then came the most memorable exchange of the day, when a big guy seated in the front row asked me this, in a rich East Yorkshire accent…
‘Right then, you’ve had all the easy ones. Now answer me this. When you and Blair were in charge, how come you never did nowt about all them young lasses getting up the duff and spitting out sprogs every nine months so they could live off benefits?’ Clearly used to his political philosophies being expressed, his team mates cheered him on. ‘Go on Coxy, get stuck in, lad.’
‘Oh I’m not sure that goes on as much as some of the papers might have you believe,’ I started by way of reply.
‘So you’ve never been to Hull then?’ he shot back. And the place fell about.
Later we watched them train indoors and the same player, still laughing and joking, threw the ball towards me at speed and every time I caught it told me ‘I’ll get you next time,’ and let out another cheery chuckle.
His name was Jordan Cox. Yesterday he died, aged 27.
It’s nothing to do with Covid-19. And it is a massive massive shock not just to his family, his last club, Hull KR, or the other clubs he played for, but the whole rugby league community.
We are living surrounded by talk of illness and death right now but it mainly concerns older people. Jordan was a young man, supremely fit, well regarded. Now he is gone.
He was the funniest and in many ways the liveliest of the players that day. He certainly made an impression. I have often told that story of his brief portrait of life in Hull, including to Tony Blair and John Prescott, then a Hull MP.
It is horrible when anyone dies. But when that person is 27, and in just that one meeting he could leave such a strong sense of vibrancy and zest for life, it is especially shocking. Looking online at the coverage and seeing all the pictures of him off the field the thing you notice is that he is smiling or laughing in just about all of them. Looking at the tributes, his friends and former team-mates talk of how he played with a smile on his face.
It will be especially difficult for his Mum, Amanda, and his girlfriend that due to the current restrictions, only close family are likely to be allowed to attend his funeral. Had it not been the case the rugby league family would have been out in force. I am sure there will be another time, when the worst of this Coronavirus crisis is behind us, when the many people he touched will be able to pay their respects and remember a real character.
RIP Jordan Cox, 27. Too too young. 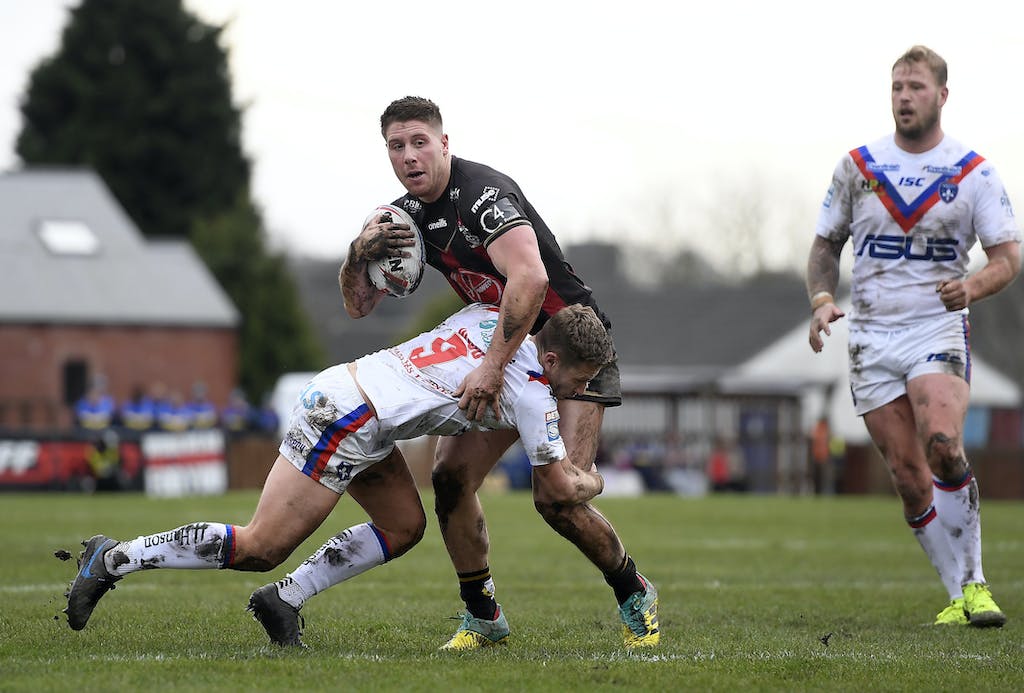 News that the sport of rugby league will be singled out for a special treasury loan will be a handy election fillip for the newly elected Conservative MPs in the ‘Red Wall’. The £16m offer…

Stirlin said:
Only had a couple of games for us Taff on loan from you , HUGE bloke but with soft hands putting our speed merchants into gaps , 27 yrs old is far too early , will be missed across the whole RL community.
-

Funeral procession tomorrow. Passes top of our street. Will be there with the wife. The procession will make its way around east Hull

Thanks Taz.
You must log in or register to reply here.
Similar threads
Emergency fund of up to £10.5 million to support lifeline transport links to the Isle of Wight and the Isles of Scilly
PM offers education lifeline to 600,000 children living in conflict
Press release: Bolton charity boss banned for causing Lifeline Project to sink
Press release: UK aid pledges “vital lifeline” for Syrians
"RMT Steps Up Fight To Save Hundreds Of Jobs At The RFA – The RN Lifeline"
Share:
Facebook Twitter Reddit Pinterest Tumblr WhatsApp Email Link