Ministry of Defence said:
The 4 servicemen from 815 Naval Air Squadron are among 1,500 Royal Navy personnel to receive medals for their part in the NATO-led Libya operation.
The aircrew and engineers, based at Royal Naval Air Station Yeovilton, were presented with NATO Operation Unified Protector medals for their participation in the Libya operation while serving with 217 Flight on board HMS Liverpool. 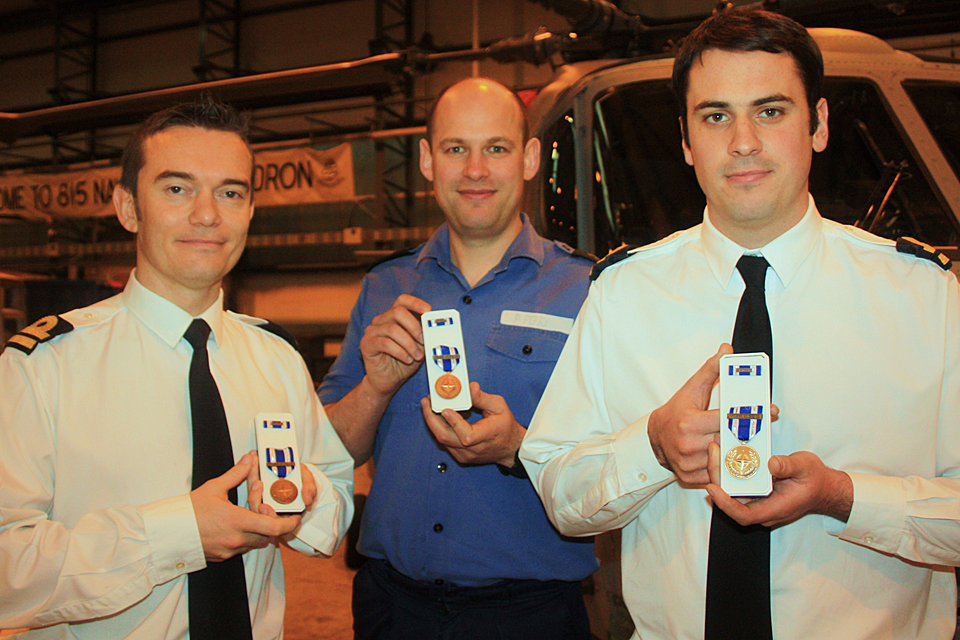 217 Flight and HMS Liverpool made a vital contribution to Operation Unified Protector, always at the forefront of helping to protect Libyan civilians and just show the flexibility of the Royal Navy and Fleet Air Arm.
​
Petty Officer Perry, from Worcester, said:

I am proud to have had the opportunity to help the Libyan civilians and put my years of experience to the best possible use. Medals are nice but that is the real reward.
​
They formed part of the high-profile NATO task force to provide maritime embargo operations and to control the no-fly zone to help protect the Libyan civilian population. The Flight were pivotal to the success of the maritime operation as they provided surface search and routine maritime patrols to counter the threat posed by pro-Gaddafi forces in laying mines in the vicinity of Libyan ports.
On one of the oldest warships in the Royal Navy, the team of aircrew and engineers regularly operated at high readiness, which required them to be on 15 minutes’ standby to launch over many nights, and all this achieved in spite of the sustained exposure to the harsh environmental conditions.
Despite all of the problems they encountered, their aircraft flew over 270 hours in support of the NATO mission, including 75 hours in August 2011 alone.
Throughout their 8-month operational deployment, 217 Flight continually demonstrated an unquestionable commitment in support of the overall task group output. The engineering effort was pivotal to the exceptional aircraft availability enjoyed by HMS Liverpool’s command.