"Due to the coronavirus pandemic, many people across the globe are currently in self-isolation or have entered into a period of social distancing.

Some of you may already have some tactics in place to keep spirits up and cabin fever at bay (well done if you have!) but why not get some advice from someone who really know best when it comes to hunkering down?

Royal Navy submariners are used to spending long periods of time hundreds of metres under the sea - unable to nip out to the cinema or gym, or to go and visit their mates down the pub.

Jon Bailey, a former Navy submariner, created a thread on Twitter sharing the 'coping strategies' he'd picked up while enduring 'many weeks and months cooped up in a steel tube under the waves'.

According to Jon's thread, there's a lot we can be doing to keep ourselves happy and healthy right now:

"Life at sea is dictated by shifts and routines," Jon says.

"You can tell what day it was by what was for dinner.

"Make a routine now, test it, then write it down and stick to it. Divide your day up in to work (if home working), rest, exercise, meals, hobbies, etc. Do the same for kids."

Remembering how the only private space at sea was 'your bunk', Jon says: "Make a dedicated private time / place in the routine. Even if you timeshare the front room get everyone a couple of hours alone.

"Do whatever you want: watch s*** films, pray, yoga, arrange matches: whatever gets you through."

"Scran onboard was usually pretty good and broke up the monotony of patrols," Jon recalls, saying sometimes this would involve indulgent 'Steak Saturdays, Fishy Friday, Curry and Pizza nights,' while on other days 'soup and bread was enough'.

"Take time to prepare meals," he adds. "A good mix of 'feast and famine' will stop the pounds piling on."

It probably goes without saying, but even if you're all cooped up you're going to need to try and get some exercise - but, yes, you might have to get a little more creative.

"It's a natural antidepressant, breaks up the day and keeps you healthy," Jon says.

"Get outside when able."

Recommending 20-30 minutes a day 'or whatever as a minimum', he adds: "Fitness Blender on YouTube has workouts for all."

"That house is going to get grungy now you're spending a lot more time in it," Jon says.

"Put time in your daily routine to clean and stick to it."

"Even during radio silence we still got a weekly telegram from loved ones back home," Jon continues. "This was a weekly highlight.

"Keep in touch with your people. My current work have agreed a daily 'coffee' catch up online even if there's no work to discuss."

While it's easy to feel overwhelmed by the strange and surreal situation we've all found ourselves in, Jon believes perspective will be your friend at a time like this.

"Like all other patrols, this one will end," he concludes. "It's a s*** sandwich but better than dodging barrel bombs.

"Don't obsess [over] the news or Twitter s***. Bring your world closer, focus on little things that you enjoy and make plans for the future. At least you should have a window!" 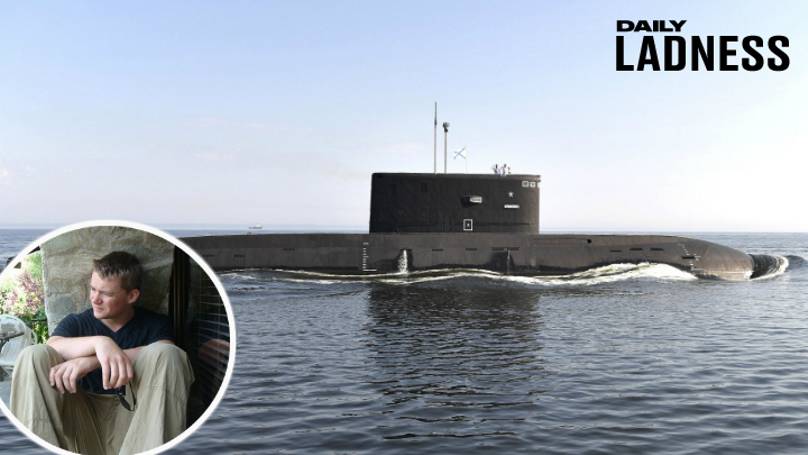 Jon Bailey, a former Navy submariner, created a thread on Twitter sharing the 'coping strategies' he'd picked up while at sea

Super Moderator
He got famgrams..he's a bomber queen

WreckerL said:
He got famgrams..he's a bomber queen
Click to expand...

I was only mildly bored until I saw the bit about the 'weekly telegram' - whatever one of them is.