Injured US Cop's victim statement to the court

Truer words were never spoken than when Jennifer Moore, a maimed Phoenix police officer faced her attacker in court and said, â€œYou are a worthless piece of ____!â€

For an example of an officerâ€™s courage in telling it like it is in open court, itâ€™s hard to beat the remarkable victim impact statement given recently by Jennifer Moore at a sentencing hearing in Phoenix.

Although a relative of the gunman who tried to kill her assured the court of â€œunconditional loveâ€ for him, Moore called out the object of that affection for what he truly is. Eyes locked on him, she labeled him for the public record as a plop of barnyard waste that needs to be shoveled from decent society.

She offered a candid glimpse of the emotional and physical pain that can be suffered even by officers who survive a shooting. Yet she made clear that despite severe lingering after-burn, including a lifetime maiming, she feels exhilarated that she and her patrol partner are still alive and that she is able to continue â€œdoing what God has called me to doâ€¦patrolling the same area, the same beat, the same street.â€

The Shooting
Moore was shot one Saturday night more than two years ago by the passenger in a suspicious car that she and her partner had stopped for an equipment violation in a Phoenix neighborhood notorious for shootings, stabbings, and gang activity. His round ripped off most of her right ring finger and would have torn into her chest had it not been stopped by her U.S. Armor Level III vest.

A 5-foot-5 fireball of energy and commitment, Moore was 28 at the time, just three weeks shy of completing her yearâ€™s probation with Phoenix P.D. Her partner, Officer Benjamin Ippel, was a year younger and had just finished his probationary stint. For a detailed account of the shooting, including the eerie fact that Moore had dreamed about certain elements of the attack before it occurred, click here.

The assailant had been around the criminal scene much longer than either of the officers. He was Aaron Baca Lopez, age 35, with a sheet of priors that reportedly filled five pagesâ€¦and with no hesitation about pulling the trigger against a cop. After Moore went down, he fled from the scene, invaded a nearby apartment, and held the occupant hostage until he was finally captured near dawn.

Lopezâ€™s case was not resolved until this summer when he pleaded guilty to a string of charges, including attempted murder, aggravated assault, kidnapping, burglary, and misconduct involving weapons. Without question, the highlight of his time in court was Mooreâ€™s dramatic description of how his shooting her had impacted her life.

The Courtroom
First, she asked the court â€œto take a moment to honor our fallen brothers and sisters who have given the ultimate sacrifice. May God give their families the strength to carry on each day and give their children the understanding of why mommy or daddy isnâ€™t ever coming home.â€

Then, asking the judge to â€œplease excuse me for what Iâ€™m about to say,â€ she shared some of the stream-of-consciousness thoughts that raced â€œthrough my head after I was shot by Lopez and as I was lying on the ground.â€ As she spoke, the courtroom was packed with fellow officers. What she recalled would resonate with any officer who has been shot:

She next shared her recollections from the hospital where she was taken for treatment. â€œMy heart weakened the most for my family because to me they are the true victims. I put it off as long as I could â€” it was horrible to make that telephone call.

â€œLaying in the hospital bed with tubes and monitoring devices hooked up all over my body, my first call was to my grandmother. I had the biggest knot in my throat. There was no easy way to tell my 86-year-old grandmother â€” who was battling breast cancer and bone disease at the time â€” that her granddaughter was just shot.

â€œOver the phone I could hear the breath leave her body as she sat down to ask questions. The scream my mother made and the sound of the anger in my fatherâ€™s voice is something I will never forget. I think about what if I would not have made it throughâ€¦the things I might not have been able to say to my loved ones.â€

The Aftermath
Since Lopez tried to kill her, Moore told the court, she has relived being shot every day. â€œFrom start to finish, the incident plays over and over in my head. I have had many sleepless nights, many nights [when] I have woke up in a cold sweat because I was dreaming about the incident.

â€œEvery time I look at my hand it is a constant reminder that I get disgusted with. Not only is it a reminder of my near-death experience, but a reminder that I failed because Lopez is still alive and breathing. Every day since Lopez shot me I have had an adrenaline dump in one way or another, at home, at work. It doesnâ€™t matter where, once the anxiety starts I have to let it run its course.â€

She recounted the multiple operations she has undergone on her hand so far: â€œreconstructive surgery to try to salvage my right ring finger, amputation surgery which removed my finger just below the middle knuckle, amputation revision which removed the bony tip, and tendon-transfer surgery, conducted to regain mobility in my right pinky finger which was also damaged [by] the bullet.â€ She anticipates more, possibly with dispiriting end results: â€œcompletely losing my right ring fingerâ€ and the paring down of the width of her hand by 20 percent, which would then leave her â€œwith a small chance of returning to the streets as a patrol officer.â€

She said, â€œI have had months of rehabilitation and frustration following my surgeries. I continue to have constant pain in my hand every single day. Whenever I strike something either on purpose or by accident my entire hand hurts and is filled with sharp pains in my stump ... When I work in the cold, whether it is in a well air-conditioned building or outdoors ... my entire hand will stiffen with only having full mobility of my thumb and index finger ...

â€œI have had to make adjustments to holding my firearm [to] allow me to continue to use and maintain control of my gun. After shooting a few rounds, my hand begins to hurt, stiffen, and weaken. Our firearms instructors have endlessly helped me to regain confidence in shooting accurately, as well as being around other officers while they are shooting toâ€¦get used to the sound of the gun going off ... Any such sound elevates my heart rate and I immediately begin to sweat and my ears begin to ring because I flash back to when Lopez tried to kill me...

â€œI hate conducting traffic stops now, but I do them anyway to overcome the anxiety ... Even after I have patted a subject down or in my personal life, as soon as a person reaches into his or her pocket I ... feel [a] burning sensation and pain in my finger, followed by anger.

â€œIf I come across someone who resembles Lopez ... I begin to sweat, the tension builds, and I begin to shake uncontrollably from the adrenaline buildup. After several minutes, it calms down and ... I have no energy and feel like I havenâ€™t slept for days.â€

The wounded officer looked directly at the man whoâ€™d tried to kill her and in a level but emphatic voice told him, â€œFor the past two years I have had to come to court and look at you hang your head and mope around like you are the victim. Each and every time you have put on a front as if youâ€™re sad or depressed because you life is so horrible and you want to blame all of your violent actions on your past, instead of being a man and taking responsibilityâ€¦.

â€œYou are a career criminal. You continually committed felony crimes, time and time again. Yet you think you have entitlement. I do not feel sorry for you one bit, so donâ€™t sit there and try to tell me you feel remorse or that you are sorry, because I do not want to hear it ... You have no one else to blame your actions on but yourself ...

â€œAs I am standing before you filled with anger and rage that you are still breathing ... listen as I tell you: I am still doing what God has called me to do. I am still patrolling the same area, the same beat, the same street. You are a worthless piece of shit. You tried to take my life and possibly my partnerâ€™s and you have failed, because both my partner and I are still alive and all you got was my fingerâ€¦.

â€œAs I continue to move forward, may God have mercy on your soul.â€

Before she stood down, Moore once more addressed the judge. â€œThough I am able to be here today, it does not lessen the severity of Lopezâ€™s plan of attack â€” to kill a cop and get away with it. Had I not had my Kevlar vest on ... I may not be standing here, in which case you would be trying â€” yet another â€” police officerâ€™s homicide ...

â€œYour honor, as you put your trust and faith in me to do my job and uphold the color of the law, I too put my trust and faith in you to do your job and uphold the justice of the court ...You cannot give me back the joy and freedom I once had before Lopez shot me, you cannot take the day-to-day pain away from my hand, you cannot ease my mind when it is consumed by this incident, you cannot give me back my finger. All I ask of you is that justice be served and you hold Lopez accountable ... for every decision he made...â€

Well done her, both at the scene and in the court.

A Police Officer here trying to say a tenth of that would have been chucked out of the court before he got halfway. The offender would have been sentenced to several years, possibly, in prison.

How many times do we so readily knock how things are in the US?

Well said SPB. A stark reminder of how far behind the US we are in certain area's.(although streets ahead in others!!)

Meanwhile here in Texas there is a saying - A gun in the hand is worth two cops on the 'phone. 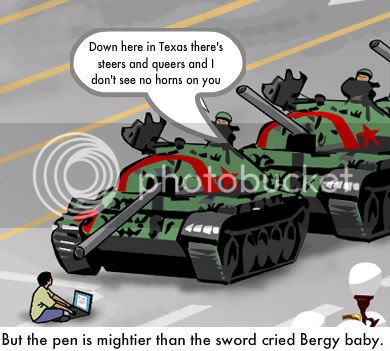 Unless he lives until he's 152 that is. :wink:
If he'd got a Life sentence in the UK he'd have been out in 10 years or so as long as he kept his nose clean in ckokey.