Twatting thing has been on a right killing spree of late, 9 birds and 6 mice in that last four days. The sodding thing is obviously at the top of its game, a bit of a Commando Cat to be honest, with it's stalking and ruthless killing ability. So that got me thinking how do I change the missus's (fcuking thing aint mine) Cat from a ninja Commando cat into something less ruthless. Here's a few suggestions I thought I could change it into.

Pilot cat... I could pet it and love it, telling her how wonderful she is all day long, that way it'll just strut about and preen it's self all day and be to concerned how she looks to go out killing things.

Wren Cat.... This is the easy option, I'll just keep putting food out so she eats so much she'll get lazy and expect all the Tom cats to do the work for her...

Officer Cat... I could upgrade her sleeping basket from a cheapo thing to a fur lined whicker basket complete with purple cushion and upgrade the food from the cheap supermarket stuff to that way expensive for fcuk all tins and stroke her everytime she "meoows" That way she'll think she's important and expect all the other cats to go do the killing for her.

Submariner Cat.... I could lock her in the cellar without proper light and water, that way she'll get all manky and smelly and all the birds will smell it from a mile away and do a runner.

Diver Cat... I could chuck it into a bag, throw it in a pond, snigger and say "get out of that then fcukwit."

Anyone else got any suggestions?

Wet Blobby, your last suggestion was most nasty but that said when our she cat keeps on pestering me and I insert five lace holes up it's rectal orifice I'm no better than thee. Still your ideas have brightened my day.

Our cat goes and hides in the next door neighbour's shed, entering via a hole in the roof mayhap I could block the hole after she has entered and shout to her to become Houdini. Not really in the keeping of the thread but an idea.

Has she a collar? If so put lots of bells on it, not just the one because the clever cats just hold their chin over it to stop it jingling. Or, move to Devon! Since we have been here we have not had a single dead thing, which is a complete delight as in Portsmouth it was a regular occurance to find a dead mouse in one's shoes or stand bare foot on one innards and have them squish up between one's toes!

I could recommend a few good boozers down there for you to try though, PM me if you want a heads up...

Good thinking Stix, carrying that theme on I could turn it into a Nod cat, deprieve it of sleep, fcuk it about, feed it irratically and shave all it's fur off. The birds will steer well clear of it.
S

In my electonic days I made up an electric fence for the garden too keep cats away,worked pretty well,lowish to the ground, originally I meant it for dogs wandering in and making a deposit.
I remember it being a bit fiddly to make but if anyone is so inclined I'll dig the schematic out and put it on the Gallery,you can then enlarge it and print it out.
You will need some Electronic skill to do it though but fairly straightforward,if I can find it!

seafarer1939 said:
You will need some Electronic skill to do it though but fairly straightforward,!
Click to expand...

You overestimate me....
S

What I really meant was a catapult and some stones,I'm just trying to be clever but I did enjoy the squeals when one pissed on it!

You could make a RN Applicant Cat;

Tell the cat it can come in, but shut the door, make it sit outside for long enough to give up and fu*koff somewhere else.

All this yatter about a killer moggie, why in my long ago thrapulatory extravaganzas I would kill literally millions, daily, sometimes thrice daily, pouring live taddies forth only to have them wriggle and die uselessly now THAT,S a serial killer.

My cat too has been very busy of late. The kitchen floor resembles something like the Texas chain saw massacre.
It's either mouse, sparrow or pigeon depending on the availability of prey.
I think it's down to a mild winter where the mice should be hibernating instead of awake.
Pigeons are just plain stupid and don't even attempt to escape.
Stewie usually tries to bring them indoors but gets turned around if we are quick enough, I did pick a mouse up once but the little git bit me. I drop kicked him over the fence to next doors, Johnny Wilkinson would have been proud of me!

I could recommend a few good boozers down there for you to try though, PM me if you want a heads up...
Click to expand...


Thanks sweetie, but I am am all but teetotal now! And it took me long enough to get back to Devon, I am hoping not to have to go anywhere for a while! Does your cat have a godmother? All mine do, and they are taken aside regularly for little cattie pep talks, the killing used to stop for a while and then whoosh, a half dead bird in the cat bedroom and we would have to get their godmothers over for tea!

People who own cats round here chuck 'em out at night and they just
do whatever the f**k they want. If you want to educate this homicidal
feline, I would suggest messing with its mind.

Get your self a dog.

A really big nasty, even more violent cat/dog than the one you've got.

Send 'em both out at night and see which one comes home the next
morning with the most dead mice/rats/rabbits/children. 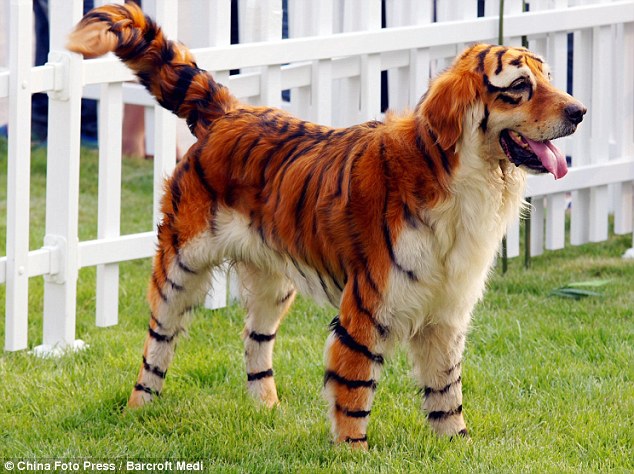