"The uniform of a sailor who survived the sinking of HMS Prince of Wales during the Second World War has been given pride of place on board the new aircraft carrier which bears the name and is being commissioned into the Royal Navy in Portsmouth today – 78 years after the loss of the famous battleship.

Alf Woodhead, of Keighley, West Yorkshire, was 23 when his ship was sunk by Japanese bombers in the South China Sea in 1941.
He survived by leaping overboard onto another ship, HMS Express, later telling the Second World War author Martin Middlebrook in 1977 how he had almost been killed on that horrific day as he peered down at the sea thick with oil and bodies." 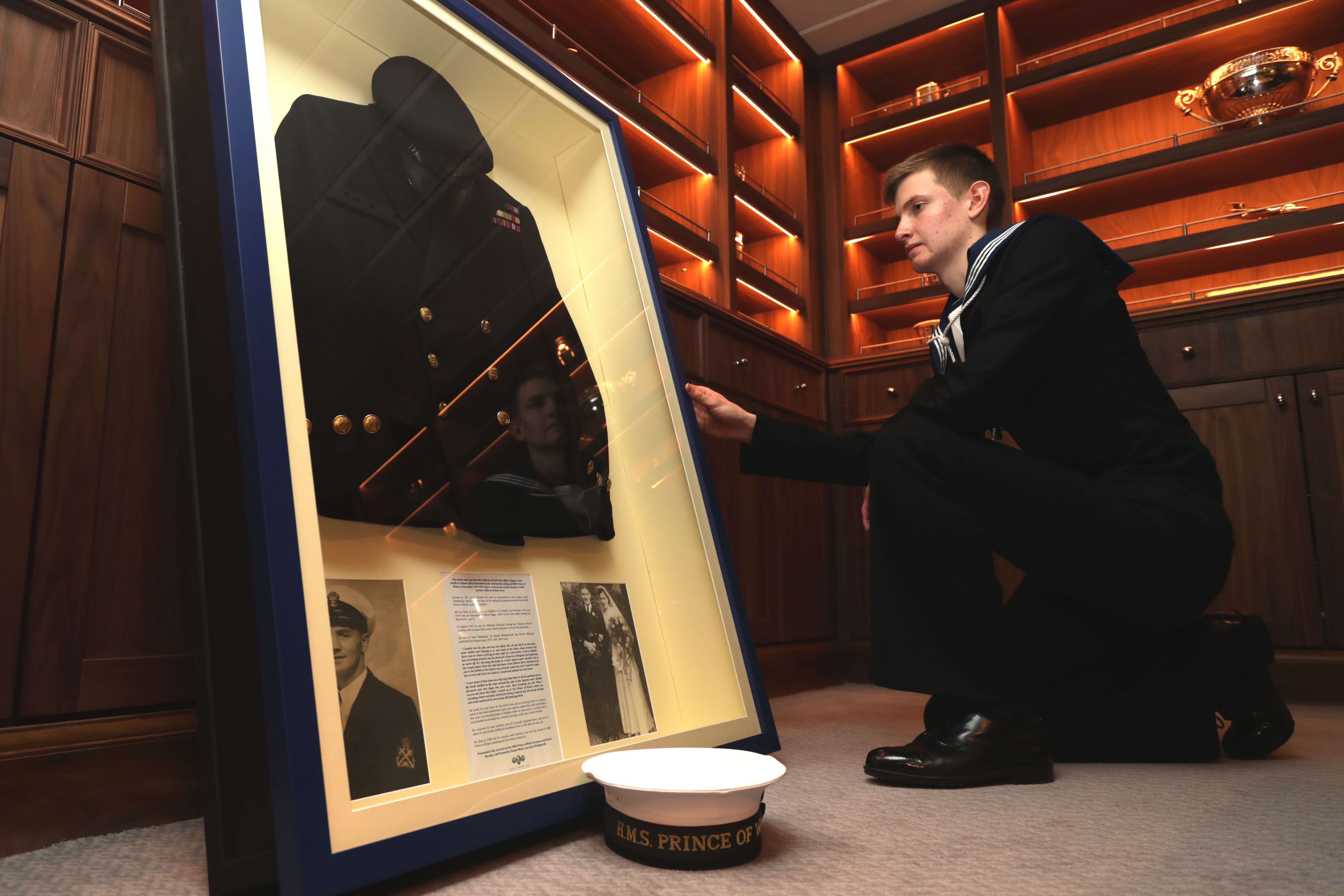 Alf Woodward's uniform has been given pride of place on the Prince of Wales aircraft carrier.

Bet it will disappear into the Wardroom never to be seen by others again.
You must log in or register to reply here.

Bristol Live: "Why One Of The World's Biggest Aircraft Carriers - HMS Prince Of Wales - Is Linked To Bristol"