HMS Fearless and the sinking of Foxtrot 4

I am writing a book on the loss of the landing craft Foxtrot 4 during the Falklands conflict, F4 being one of four LCU's on HMS Fearless. She was making her way in Choisel Sound on 8th June 1982 when she was hit by bombs from Argentine aircraft. There were 8 crew and 9 army on board, six of the crew were killed, the 11 survivors were taken off and the wreck has never been found.

So far I have spoken to the family of two of those killed as well as tracking down two survivors from the army, I would very much like to know more about this from every angle.

I believe this is a story that needs telling as everybody remembers the big ships that went down but few know about this one. It is my intention to change that.

My email address is [email protected] if anyone wants to get in touch.

Many thanks.
Rich "Jonah" Jones
S 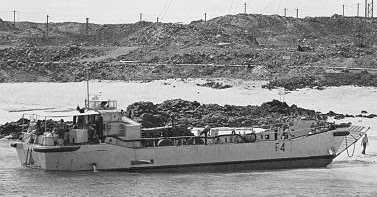 Every year between April and July a conflict is remembered that cost the lives of over 900 people on the other side of the world in 1982. Wh...

I must admit (sadly) that I too have never heard of this incident.
C

Every year between April and July a conflict is remembered that cost the lives of over 900 people on the other side of the world in 1982. Wh...

Super Moderator
I was on Mechs course with a bloke who was on Fearless at the time and he told me the story, the LCU stoker was killed and was a friend of the guy I was on course with.
You must log in or register to reply here.