Ahoy there members of Her Britannic Majesties Royal Navy.

I was wondering if you could help with a request from a pongo? I asked this on the RN thread on ARRSE, so apologies if it is in the wrong forum.

I am currently putting together family groups of medals which I am mounting in frames complete with a photograph and, where possible, badges of service. My Grandfather served in the RFR from the early 1920's and throughout WW2 as a signaller. He left the service late 1945 and, having been "Acting" Yeoman of Signals was promoted to susbstansive rank/appointment on a shore base just before discharge.

I have mounted his photo above his medals (1939-45 Star, Atlantic Star, War Medal, Defence Medal & RFR LS&GC) and on the left of his photo mounted a PO's badge (gold bullion best dress) with Kings Crown. This badge is a repro but is very well made. I would like to mount a similar type Yeoman of Signals badge on the right side with Kings Crown and flags (he was a class 2 so no star).

I have searched the web, contacted dealers and visited military fairs and not found this badge! Would any of you know some collector of RN insignia who might be able to source one? Or send me a decent picture of an original with dimensions so that I can get one made.

I am of course willing to pay for the badge if it can be found (cash preferably as I don't think I would fit into a barrel!)

Regards and thanks in advance for any help.
K

A picture of my granddad. No pictures exist of him in PO rig so this is earlier: 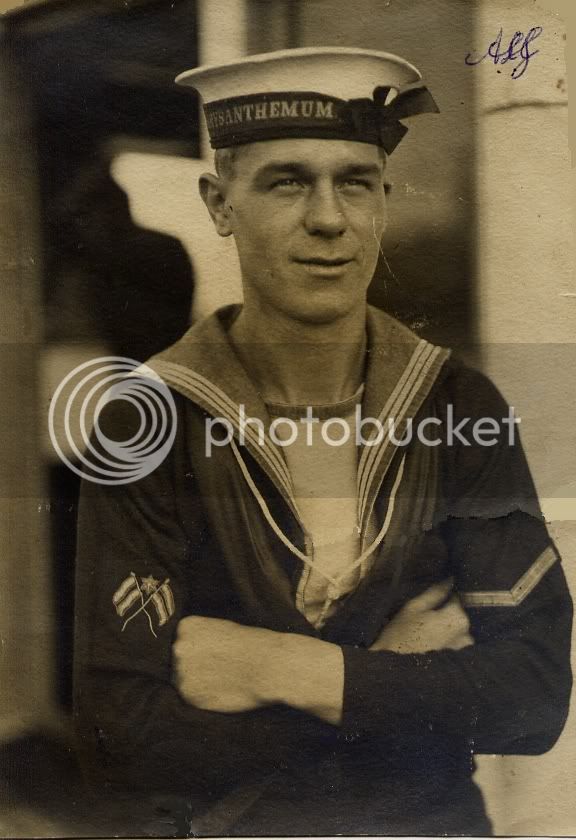 And the badge I am looking for (but No1 dress), second one in:

Try George Cairn of Filey 01723513287 they advertise in the back of the Navy News and always have a vast selection of badges.
K

BARNEYRNSM said:
Try George Cairn of Filey 01723513287 they advertise in the back of the Navy News and always have a vast selection of badges.
Click to expand...

Cheers for that Barney, will give it a try.

Heres another emporium worth a try:

the above forum mght be worth a shot,not sure how many are ex mob but they certainly know their stuff.

R
I need help sorting my late fathers 6 off 1939-45 medals & 2 off Mention in Dispatches Certificates.
2