WreckerL said:
The girls can sup Lambrini in between getting the JC's in,
Click to expand...

Oh Wreckage, prepare to be very disppointed! Getting a JC on Gib now is like trying to get, well, something very, very rare and special!

Last time I was down there I decided to treat SWMBO to a lovely glass or two of JC as it was very hot and I wanted to share my mis-spent youth - could we get one - could we buggary!

Nobody knew how to make it and one place said 'we only make it up when there is a ship in'......WHAT?


Anyway, back on track. I shall bring copious amounts of Sangria with me for the liberation party. It is great - just keep drinking it, then when you try and walk away from the table, the old legs no worky! Perhaps my 'splash' of brandy is too generous......

Anybody know how to make self loading chip banjos? Weapon of choice in the 70's.

SONAR-BENDER said:
Oh Wreckage, prepare to be very disppointed! Getting a JC on Gib now is like trying to get, well, something very, very rare and special!

Last time I was down there I decided to treat SWMBO to a lovely glass or two of JC as it was very hot and I wanted to share my mis-spent youth - could we get one - could we buggary!

Nobody knew how to make it and one place said 'we only make it up when there is a ship in'......WHAT?

That's depressing to say the least, I always thought it was on draught from an underground JC reservoir...bugger.

I blame the Spanish so when do we start.

WreckerL said:
We must have some OA's who'd be willing to re-commission the 100 ton gun for our gunnery experts to lob a few dustbins over to them. 2DD would like to play, he likes guns.

WreckerL said:
The girls can sup Lambrini in between getting the JC's in,
Click to expand...

I've had a word with my mate Boris and he's said I can borrow his wheels for the donkey drop. It's one of these, so we shoud be able to get at least 1000 donkeys on board plus you lot.

I'm just putting together my itinerary and hope to get the air miles. I'll leave Tokyo at eight bells of the forenoon watch and nip up to Vladivostok to get the bomber. After that I'll pop off down to Oz and get my horse box as I think we might need more than just the one we already have been kindly offered. After that I'll make my way over to Froggy in the desert and pick him up before slipping and proceeding to the top secret air base at Daedalus.

Rachel, you need to muster the Clunge Party and make your way at the rush to La Senza, or similar, to get yourself kitted out before boarding. It's a requirement I've just made up that all dorii are properly dressed and that means no hold-ups, only proper suzzies an' stuff. I'll inspect you individually and as a group before take to the air....and probably during flight to make sure your standards haven't slipped. There will also be a post mission inspection/debriefing.

That's the important stuff as far as I'm concerned, so I'll leave SJRM_RN to the rest of the logistics and Billy to organise the individual experts that are all coming to the fore.

Can someone please suggest where we might get a veritable shed-load of carrots because I think we might need more than a little encouragement to get 1000 donkeys both on and off our bomber.

PS: Boris said he can do us a nice line in vodka if we run out of CSB and Sangria.

I'll carry the carrot dangling stick and stand at the exit ramp of the aircraft during the donkey drop, after that I'm up for the violence bit with the Spanish.

I'll leave the planning and logistics to you fellas, just dont forget the beers and medals bit.

ooooh oooh - do we get medal too?

Will there be a pin for us ex dodgers

If Waspie, Scouse and Handler are in, we'll provide CSAR..

I'm in. Only if I can be a sniper though. I can't be walking backwards and forwards to the border all day. A deck chair and a flask up in one of the Galleries overlooking the airport will do me, ta.
PS who's paying the air fare?

A few questions for an aged WAFU.

I do have a plan to form a Fleet Air Arm Hang Gliding Squadron or FAAHGS, to swoop down from the towering cliffs to drop all sorts of presents on the Deigo Wops!! Dog turds, cast aside left overs that sort of thing!!!

Yes they will in the form of the SCS (Special Cooks Squadron), they will be in a week before the happening to do what they do best, interfere with the foreign foodstuff. 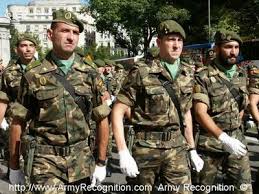 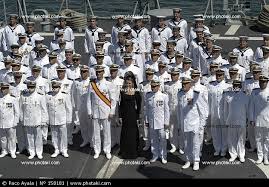 And my favourite, the Spanish Foreign Legion; 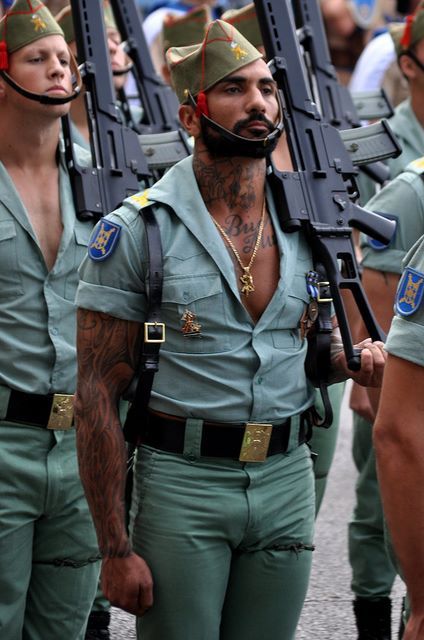 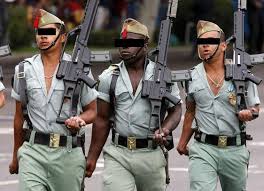 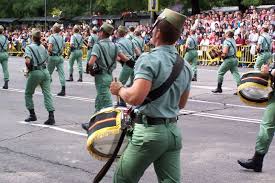 Seems we have the makings of a "team". Special Forces are already in thanks to a covert flight c/o EasyJet from Birmingham yesterday morning. A six-tourist team conducted a HALO drop into the hills above the main drag and are currently sitting in the Plaza outside the Coach & Horses, dressed as 16 year old Catholic schoolgirls so as not to attract too much attention to themselves. They all have Tesco Mobile contracts and dispensation
has been given from the Ministry of Defence which permits them all to activate data roaming. I have transmitted urgent instructions to the Team Leader, "Baz" and ordered him to show all the Australian back-packers who work in the pubs - exactly how to make a decent JC. There is also an extraction team heading overland via Tangiers in an articulated lorry full of Watneys Red Barrel. It is intended to have a banyan on the
beach at the end of Gibraltar Airport runway so that all personnel can re-acquaint themelves with the lie of the land.
I have located several relatives of the shopkeepers who once operated in Main Street, and have told them that many irate people will be turning up with crap watches, broken zippos, fucked radios and fake Japanese Kimonos with a view to getting their money back, despite being sold these shoddy souvenirs back in the 1970's-1980's i.a.w. with the Sale of Goods Act and these people have promised to keep their gobs shut and offer shelter to any operatives who get into difficulties.

An e-mail has been transmitted to the Caleta Palace, threatening them with a forthcoming SM1/SM2/SM3 submarine squadron(s) reunion and the ensuing destruction of hotel property thereafter, so they've been brought onboard and all German tourists currently occupying the sunbeds by the hotel swimming pool have been asked to leave "for security reasons". This should give us a relatively decent base from which to operate. Dont believe everything you read on Trip Advisor.

The Eddie Stobart haulage firm has six trailer units on standby for the purpose of shipping the Donkey "Meat Bombs" (I like that....I really, really do) to either Brize, Waddington or Plymouth. I'm thinking Plymouth, seeing as the airport is shut but the runway is still useable. Can them big fuck-off aeroplanes land at Plymouth? Advice please. If this is possible then I suggest a covert night landing/take-off when the Park-and-Ride is not operating. The noise from a few hundred donkeys being cattle-prodded aboard C130's and the like is liable to draw attention to the Op and the R.S.P.C.A. will not be best pleased either.

Having weighed up the possibility of an invasion by sea, a newly formed think-tank has come with a novel way of thwarting this. *Department Wibble*, now working in the basement of Europa Point Lighthouse is constructing a concrete and steel suspended runway, much the same as the Nazis did at Peenemunde in the Netherlands for the purposes of launching the V1 flying bombs at good old Blighty.
However, in the hope of shattering Spanish morale *Department Wibble* intend to use live goats instead of missiles. These goats (currently being smuggled in from Tangiers by the boat-load), will be attached to the runway by means of specially adapted roller skates and fired off into the Straits of Gibraltar using cylinders of compressed air which will be attached to their flanks with rolls of masking tape. The goats will also have tins of Nitro Glycerine stapled to any other part of their body that's available. A rudimentray target acquisition system will allow the "Doodle-Goats" to be directed to any Spanish warship, or fag smuggler that is considered to be adopting a threatening posture.

As you can imagine, the simple act of bombing Madrid with live donkeys and launching exploding Doodle Goats at the enemy fleet should have an extremely morale-sapping effect.

So Ladies and Gentlemen - your country thanks you for volunteering to stop the Dago bastards from stomping into Gib. Please pack a grip and leave it in your hallway. Stay close to a television set and when you see that stupid cunt who advertises kitchen rolls - Juan Sheet or whatever the fuck his name is utter those codewords as previously posted, get yourself to Hull Airport where a chartered private jet (courtesy of Blackwater) will be waiting to get you all to FOB Angry Friar. I shall be outside awaiting your arrival, unconscious with my face in a plate of double sausage and chips, surrounded by luke warm vomit and fake Rolex wristwatches.