"Veterans are helping to train Britain’s next generation of sailors on Dartmoor.

Trainees as young as 16 are being advised by instructors from HMS Raleigh in Torpoint, Cornwall, as well as retired personnel from the Royal Naval Association.

Around 60 civilians arrive at the base most Mondays and are assigned four veterans to begin a ten-week programme to become junior sailors.

They spend several days on the moor learning to survive in a challenging environment, including using hiking, navigation and teamwork skills.

Those on the course are given support with the likes of ironing, preparing uniforms for inspection, and pastoral care.

Former medical assistant, Les Yeoman is one of the 26 volunteers, who says his 33-year career in the Navy began with similar challenges to those faced at Raleigh today.

"I went through the same things – away from my family for the first time, sharing messes with strangers," he said.

"I had the same feeling when I walked through the gates or walked up the gangway of my first ship."

He said: "They have done everything they could for us – they’re legends.

"If you are struggling, they will step in. They could not have been more help."" 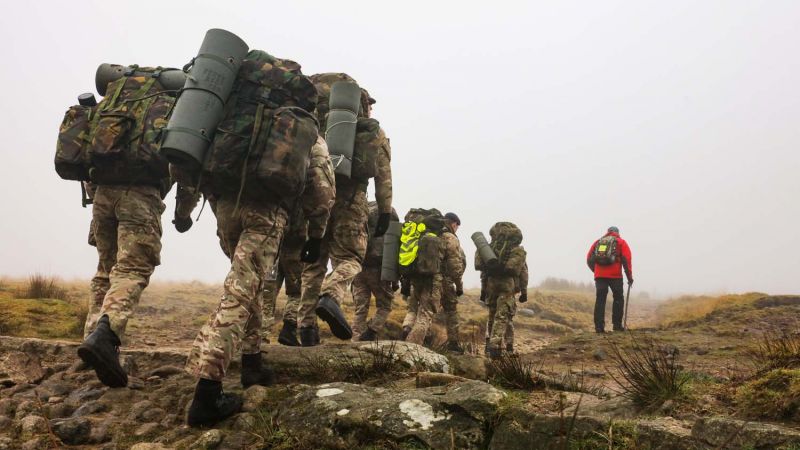 Retired Royal Navy personnel have been mentoring trainees in their journey to become junior sailors.

Speech: First Sea Lord speech on the Royal Navy in 2017