This is a bit of an old one. When I was a Sea Cadet back in the early 1980's I remember that you could spend a week on a fleet tender either the Bembridge or the Alnmouth. Now I always thought these two ships were RNXS, I never went on them although did know people who did. When I was looking for photos of Alnmouth and Bembridge on the web, I was surprised to find they had actually been RMAS not RNXS. Back in 1982 and 1983, I did have two trips out on the RMAS Meon from Faslane, the Meon looks similar to R.N.X.S. LOYAL MEDIATOR. Anyway, did anyone have trips on the Alnmouth or Bembridge, how about the Meon or any others? Did SCC ever have any trips on RNXS vessels? I seem to remember RNXS Shipham was an unarmed minehunter that on VHF Marine was identified as "Warship Shipham" 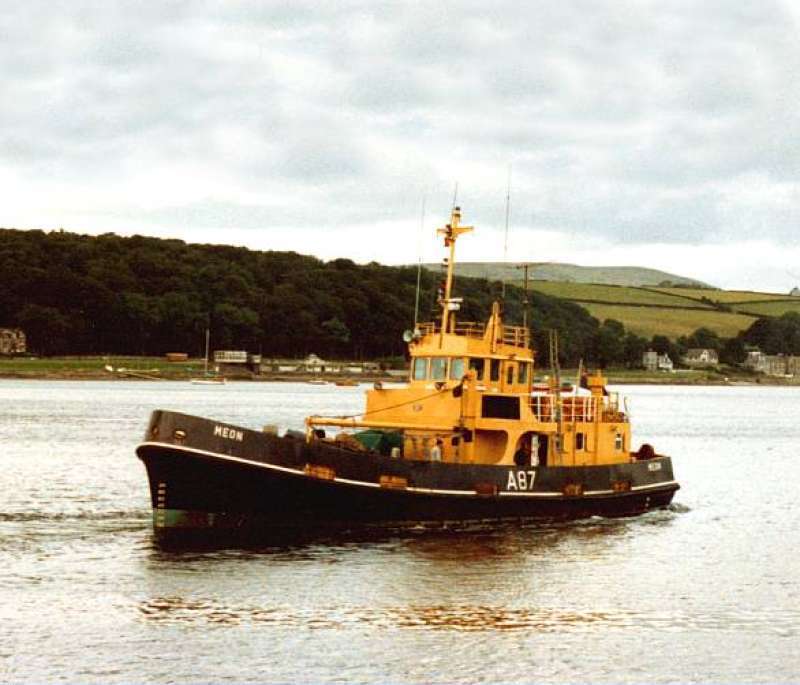 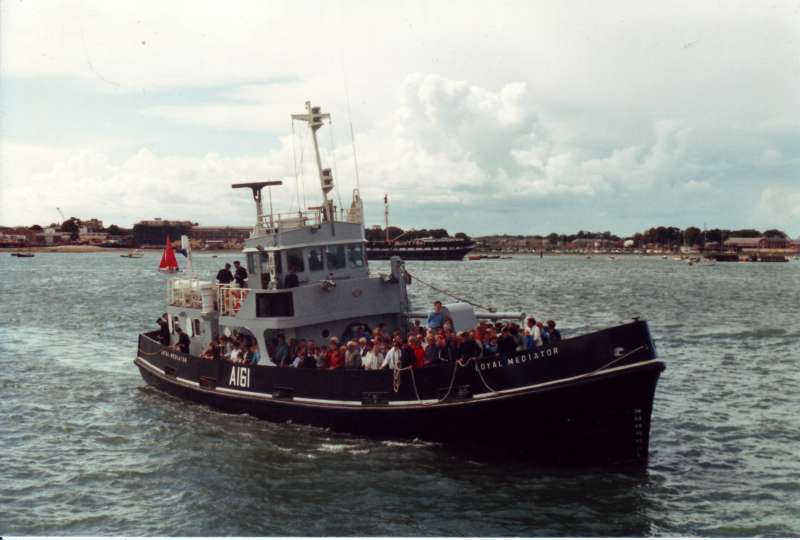 Pride of Bristol is ex RNXS Messina I believe. It is run by a charity and conducts training for cadets, reservists (RNR) and others.
R

I spent a week on HMS Bembridge in the summer of 1969. I was a 12 year old AB Cadet with TS Dainty at the time (a Drummer Bugler). I travelled down by train, on my own, and embarked at either Pompey or Gosport. She was painted grey then and was indeed classed as a Royal Navy Fleet Tender (whatever it was supposed to tend I never worked out). There were about twelve of us and I think that was the full complement plus officers (probably due to messing facilities). We made our way out of Portsmouth and off through The Channel to officially sail into the Atlantic. On the return trip we harboured at Bembridge, Isle of Wight, and the Mayor greeted us. We all slept in a hold in the forward part of the vessel. A very enjoyable week tying knots, doing general seamanship and scrubbing the decks. I got a turn at the wheel as well but I couldn't keep her on course! I think we had a swim over the side. I also did a gunnery course at HMS Daedalus - firing Ack Ack and messing about with Sea Slug missiles and learning to box my uniform! We were quartered at the Royal Marine Barracks Eastney and had a bumpy trip on a hovercraft and a flight in the Queens plane. I feel privileged to have those treasured memories.
D

Hi, my father was one of the trainers on the Alnmouth, he passed away in 2018, subsequently if anyone has any pictures or stories I would love to see and hear them. As a child I would often go out on the boat when moored off Torquay in the day.
R

As an update, prior to 1972, the Fleet Tenders were designated 'Royal Navy Fleet Tenders' with superstructures painted battleship grey and, they were entitled to to fly the white ensign. As was and did the Bembridge when we were on her in the 1960s.

I done a week on the Bembridge or Alnmouth in the mid 70s as a sea cadet to gain my offshore power badge, I remember stopping at Mevagissy and Falmouth so must have started from Plymouth
I also had a trip on Royalist over to Alderney so also had my offshore sailing badge
Last edited: Apr 8, 2021

Was Alnmouth - on river Esk

I found the SHIPHAM which was RNXS lurking elsewhere on Rum Ration, which was an old minesweeper, and strangely enough, still had an M pennant number 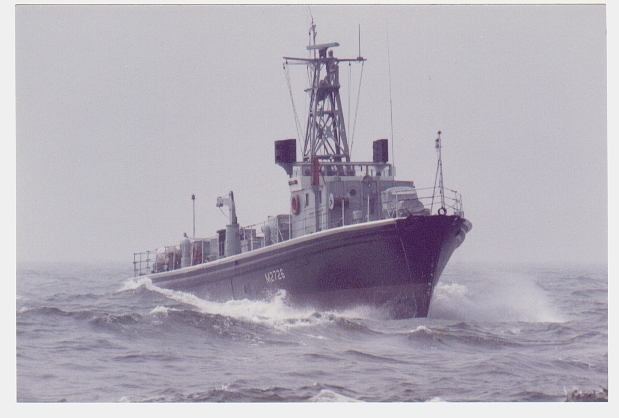 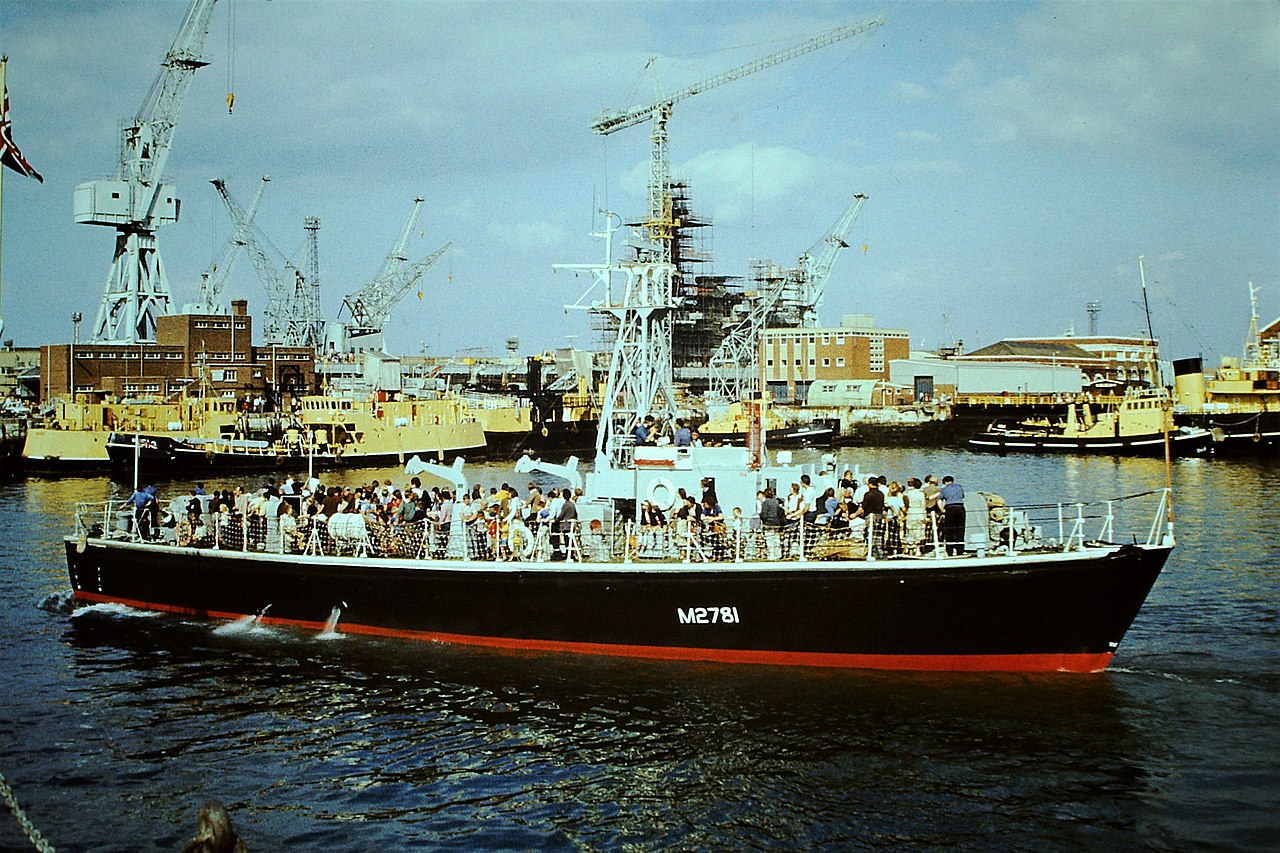 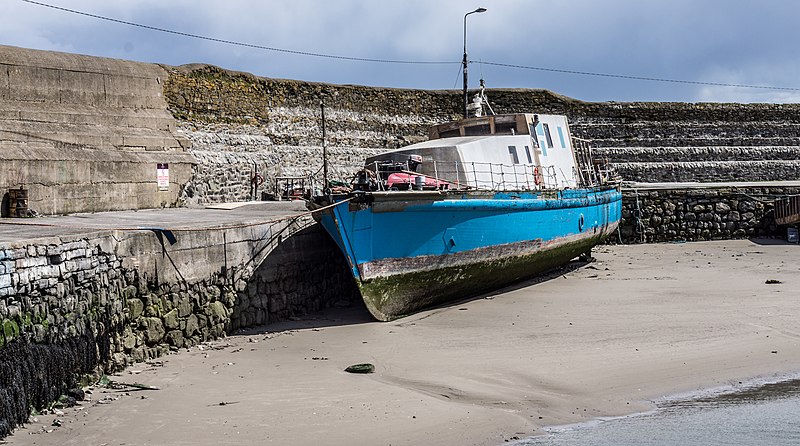 and as she is today in Ireland

A Salute at a Naval Review