"While many of us wilt in the heat and think of the beach, 39 Reservists are spending the summer becoming Naval officers.

Drawn from units across the UK, the 39 RNR cadets have joined three RNR chaplains and six full-time chaplains on the Accelerated Officer Programme, which has successfully delivered more than 120 officers, medics and chaplains to the Royal Naval Reserve over the past six years.

The fast-track course condenses the training pipeline for Reserves officers into one block of eight weeks over the summer. Cadets undertake training in command, leadership, sea survival, seamanship, strategy, naval core training as well as an initial two-week acquaint at sea.

Sub Lieutenant Craig Purvis, a Media Operations Officer who completed the programme in 2016 and went on to join the course’s management team in 2018, said: “AOP is a fantastic opportunity to really kick-start your career in the RNR.

“It enables you to progress rapidly through initial officer training, which might otherwise take you up to two years to complete.

“Moreover, you’ll build lasting friendships with your peers and grow your professional network, expose you to new experiences, and develop new and existing skills to enhance your civilian career and CV.”

Among those undergoing the transformation into RN officers were brother and sister Toby and Pippa Blunden, of HMS President in London.

Toby, 18, is a student at the University of Bristol in Politics and International Relations, and hopes to make the grade as a regular Royal Marine after graduating. He joined the RNR for new experiences and skills which may benefit that career

His 24-year-old sister is a product manager for supermarket giant Sainsbury’s, leading a team of software developers.

She joined the RNR at the end of last year and hopes to join its Media Operations specialisation to spread word of the Senior Service’s accomplishments to the public.

“Having seen first-hand the devastating effects of war on citizens, I wanted to play a role in preventing conflict around the world,” she said.

“I admire the global guardian and diplomatic role the Royal Navy plays in preventing conflict by safeguarding national and international interests and supporting other nations in being able to safeguard their own.”

She is now enjoying two weeks of sea time aboard frigate HMS Richmond, while her younger brother has joined new patrol ship HMS Trent on her maiden deployment in the Med.

Officer Cadet Henry Dewhurst, a final year medical student at Cardiff University, and a member of Wales URNU for three years, transferred to the RNR so he could build on his URNU experience, and continue his career in the Reserves.

He said: “I joined the RNR for the experiences and opportunities it can offer me as well as the camaraderie and tight-knit community one experiences as part of a ship’s company.”

Reverend David Young, a parish minister and ministry team leader at Helensburgh Parish Church, had his first exposure to the Royal Navy Chaplaincy in 2004 during his ministry training.

Acknowledging he had been drawn to becoming an RNR Chaplain ever since, he said: “The RNR is an opportunity to minister to a distinct, highly motivated and well-trained community of people. It’s a great opportunity for me to put my experience of both parish ministry and university chaplaincy to great use in a military context while at the same time taking me out of my own comfort zones and enabling me to develop skills and learn new ones.”

After completing their fortnight at sea, the cadets head to Portsmouth for their final week of instruction, which concludes with a passing-out parade on September 3 at HMS Excellent in front of families, VIPs and the head of the Maritime Reserve, Commodore Mel Robinson, who dropped in on the trainees during a leadership exercise at Dartmouth.

Thereafter, the new junior officers return to their parent RNR units to prepare for a Final Leadership Exercise back at BRNC followed by the RNR Fleet Board, the final assessment of RNR officer training.

From there, having successfully navigated initial officer training, officers move on to complete the Junior Officer Leadership Course and Divisional Officer Course prior to joining their chosen specialisation." 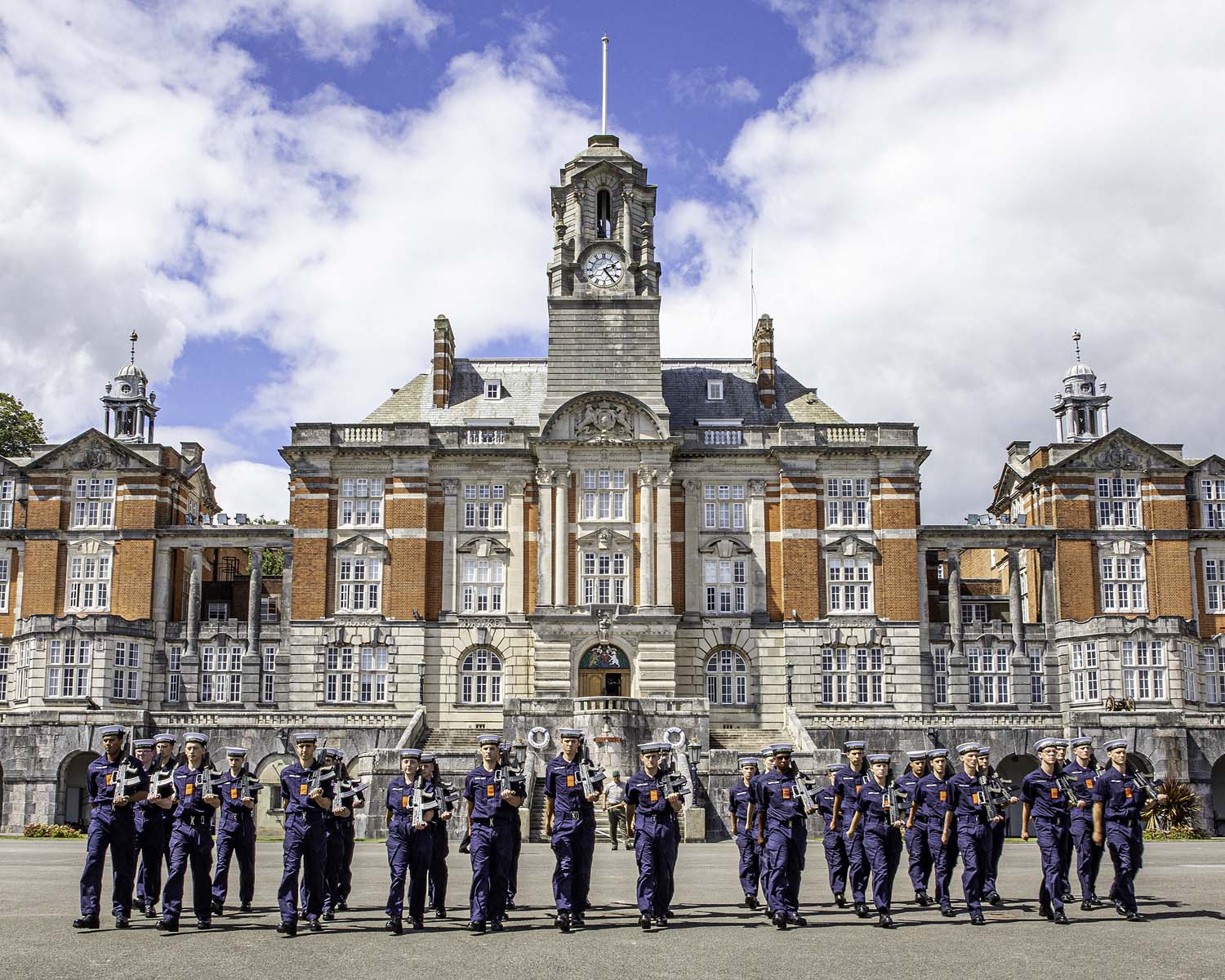 No summer rest for Reservist cadets aiming to become officers

WHILE many of us wilt in the heat and think of the beach, 39 Reservists are spending the summer becoming Naval officers.

Officer cadet in the RNR?