AC - Surely you are not inferring that 'BAME' = Black And Mostly Enamelled ???

BreathingOutOnTheWayUp said:
AC - Surely you are not inferring that 'BAME' = Black And Mostly Enamelled ???
Click to expand...

Never! Shhhhh!!
They’ll be at my door wielding forks and pulling down my gnomes out the front, if they hear that..
C 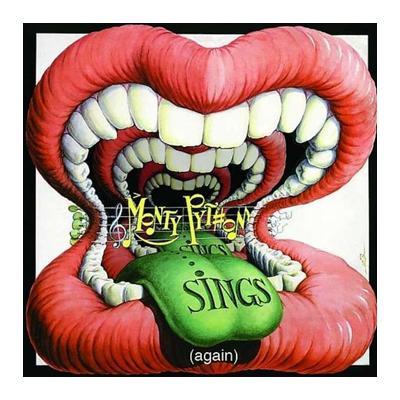 (Men) / Isn't it awfully nice to have a penis? / And isn't it frightfully good to have a dong? / It's swell to have a stiffy / It's divine to own a dick / From the tiniest little

genius.com
Never heard of it before, even though I'm a big fan of Monty Python.
Click to expand...

I'm a big fan of Monty Python too. I've heard the song, but I've never considered it a sea shanty before. Interesting take on it.

LOL, thanks slim! I've only heard the first section before, that's why I didn't know of it's naval connection.

Dusty70 said:
Brain cells being jiggled here - what about

A Classic from the bygone era of Conventional Submarines:

I've just come away from the wedding,
Oh Lord I could laugh till I cried.
I'll never forget the relations I met
When I married my Jenny Wren bride.

Her father he works in the dockyard,
Her brother he owns a mariners store,
And as for their habits, well talk about rabbits
They've got half the dockyard ashore.

I asked her old man for a dowry,
He gave me a can of soft soap,
A bundle of waste and some polishing paste
And fifty-six fathoms of rope.

The present we got from her brother
Was twenty-four yards of blue jean,
Her cousin, the Crusher, he sent us note-paper,
Six packets of Service Latrine.

Her family hung flags in the churchyard
And they painted the hallway with flatting,
When out stepped the bride they all piped the side,
And she tripped on the coconut matting.

Her wedding-dress, lashed up with spunyarn,
Was made from an old whaler's sail.
On top of her head a dishcloth was spread,
With a spudnet in front for a veil.

Her petticoat was made out of hessian,
Her knickers were made of green baize,
While for her suspenders she'd a motor-boat's fenders
And two pusser's gaiters for stays.

Now most of the church congregation
Was made up of Wrens on the dole
While in the back pew sat the six-inch gun's crew
And half of the standing patrol. '

The parson got up in the pulpit.
He said, "Who gives this woman away?"
Then a bloke from the Hood whispered: "Blimey, I could,
But let every dog have its day."

Well now, I'm just off on me honeymoon,
I don't know what happens tonight,
But I've spoke to a few who declare that they do,
And they swear she's a bit of all right.

Both were dredged up from a previous RR Thread of 2007 on the same subject at:


PS Any Contributor who becomes deeply offended by the total absence of profanities (Jackspeak or Civvy) in the two Songs above is invited to attend RR'S Counselling Sessions at our Safe Room, conducted daily by Norman, Mrs. Norman and AC.

To the tune of ‘Under the Sea’. From the Little Mermaid. (Classic).


The seaweed is always greener
In somebody else's lake
You dream about going up there
But that is a big mistake
Just look at the world around you
Right here on the ocean floor
Such wonderful things surround you
What more is you lookin' for?
Under the sea
Under the sea
Darling it's better
Down where it's wetter
Take it from me
Up on the shore they work all day
Out in the sun they slave away
While we devotin'
Full time to floatin'
Under the sea
Down here all the fish is happy
As off through the waves they roll
The fish on the land ain't happy
They sad 'cause they in their bowl
But fish in the bowl is lucky
They in for a worser fate
One day when the boss get hungry
Guess who's gon' be on the plate?
Under the sea
Under the sea
Nobody beat us
Fry us and eat us
In fricassee
We…


I can't remember the rest!
C

Now you've started something - I can't rememeber the rest either,

Don't give a fcuk for the killick of the crew
or the PO of the working party,
I'm off ashore at half past four,
'Cos I'm Jack me fcuking hearty!!
S