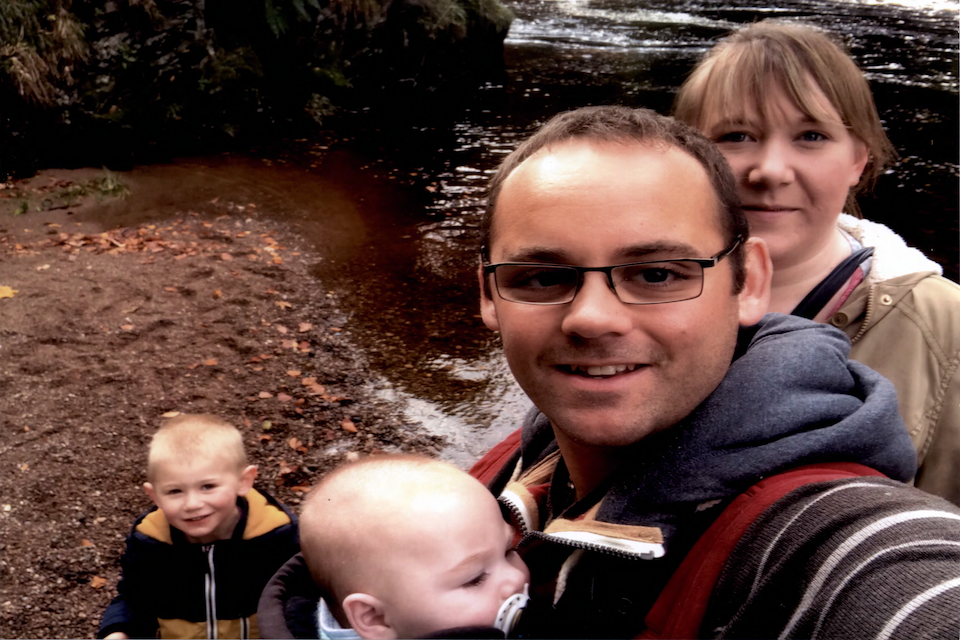 Corporal Steven Wainwright with his family.

Corporal Steven Wainwright died on Tuesday 1 May after being involved in a road traffic collision on the Akrotiri Sovereign Base Area in Cyprus. The incident is under investigation.

Cpl Wainwright enlisted into the RAF in 2006. Following successful completion of basic training at RAF Halton he went on to complete trade training at RAF Cosford (formally the Defence College of Aeronautical Engineering (DCAE)), graduating in October 2006. He then undertook his first posting to RAF Kinloss, working as part of the Nimrod Line Squadron until July 2008. Upon completion of his Trade Ability Tests, he was promoted to Senior Aircraftman in December 2006. Following his first tour, he returned to DCAE Cosford for further training to qualify as a Technician, where he was subsequently assigned to RAF Marham to support Tornado operations. He remained there until December 2012 when he was posted to No. 6 Squadron, RAF Leuchars until June 2014. He then moved with the Squadron as part of a rebasing programme to RAF Lossiemouth where he has served ever since. He was successful on his trade promotion board for the rank of Cpl in October 2017.


Our deepest condolences go to Cpl Steven Wainwright’s family and friends at what is a terrible, tragic time. He was a popular member of No. 6 Squadron, who are currently deployed as part of 903 Expeditionary Air Wing based at RAF Akrotiri in Cyprus. As a highly skilled aircraft technician, Cpl Wainwright was making a key contribution to Operation Shader in ensuring Typhoon aircraft could complete the challenging mission against Daesh. Cpl Wainwright was a dedicated professional who had served his country with distinction. All our thoughts are now with Cpl Wainwright’s family, friends and colleagues as they come to terms with his tragic death.
​
Wing Commander William Cooper, Officer Commanding No. 6 Squadron said:


Cpl Wainwright was an unfailingly professional technician who had an incredible passion for his family, his work and life in the Royal Air Force. He was a man who motivated and lifted everybody he interacted with at RAF Lossiemouth, especially on No. 6 Squadron. A fighter squadron is a very tight unit and Cpl Wainwright embodied all the qualities to make that possible. He was a mentor to those both more senior and more junior and by sheer force of personality produced results in people others could not.

No task was too daunting or too challenging, he took adversity in his stride and, as a result, No. 6 Squadron is a far happier place and more effective fighting unit. Every job, every aircraft see-off, every mentoring role was conducted with the same cheery personality and calm professionalism. Unwavering dedication to operations was typical of Cpl Wainwright, be that at home on Quick Reaction Alert or overseas on Operation Shader. His shoes cannot be filled and he will be greatly missed by everybody on No. 6 Squadron, the thoughts of all of us on are with Cpl Wainwright’s family at this incredibly difficult time.
​
Squadron Leader Chris Harris, Senior Engineering Officer No. 6 Squadron said:


Always with a smile to share, even at the end of the hardest night shift, Steve was renowned for picking up morale with his infectiously positive approach to life. This unwaveringly positive determination transferred into his outstanding professional dedication, where he took justifiable pride in being one of the best engineers on the Squadron. Steve Wainwright was one of the first people I met on the Squadron, his characteristic good humour evident in our very first discussion where he introduced himself with his typical comedic style. Respected and admired across every trade on No. 6 Squadron and beyond, Steve will be sorely missed by all and our thoughts are with his family at this time.
​
Warrant Officer David Clegg, No. 6 Squadron Detachment Warrant Officer said:


Full of charisma and highly respected by everyone, Stevie was an exceptionally friendly individual with a great sense of humour. As an aircraft engineer, he was one of the best and it was an absolute pleasure to work alongside him. His affectionate nature and loveable character shone through in everything he achieved and he will be sadly missed by all. Our thoughts are with his family at this sad time.
​
Group Captain, Jim Walls, Station Commander RAF Lossiemouth said:


Cpl Wainwright was a member of our family here at RAF Lossiemouth, we all feel his loss deeply. He was a highly skilled individual who was a key part of our team. I always enjoyed the gift of his upbeat attitude. I particularly respected him for his values and approaches as a family man. We are all thinking of his loved ones at this tragic time.
​
Continue reading...
You must log in or register to reply here.