It is with great sadness that the Ministry of Defence must confirm the deaths of Flight Lieutenant Alan Scott, of 33 Squadron Royal Air Force, and Flight Lieutenant Geraint ‘Roly’ Roberts, of 23 Squadron Royal Air Force, who died in Afghanistan on Sunday 11 October 2015 following a helicopter crash in Kabul. Both officers were members of the Puma helicopter force based at RAF Benson in Oxfordshire.


Today we mourn the loss of two of our most capable and dedicated colleagues and friends, both of whom were exceptional men who made a massive impact on the Puma Force and, indeed, the Station. They will be greatly missed by all and we send our heartfelt condolences to the families of Flight Lieutenant Alan Scott and Flight Lieutenant Geraint ‘Roly’ Roberts.

A well-respected pilot, Alan was part of the core team which make up the Puma Force. His experience and level-headed nature made him an ideal pilot to go to Afghanistan on operations. His passion and enthusiasm for the job were second to none and he was a large part of the success that the Puma 2 has become.

I completed my Puma 2 conversion course with Roly last year and have known him as long as I have been flying Support Helicopters. He was a military man to his core and was the epitome of all that the RAF represents. It was an honour to have served and flown with him.

Their outstanding contributions to the Service and Station will not be forgotten and they will live on in our hearts and minds.
​
Flight Lieutenant Alan Scott 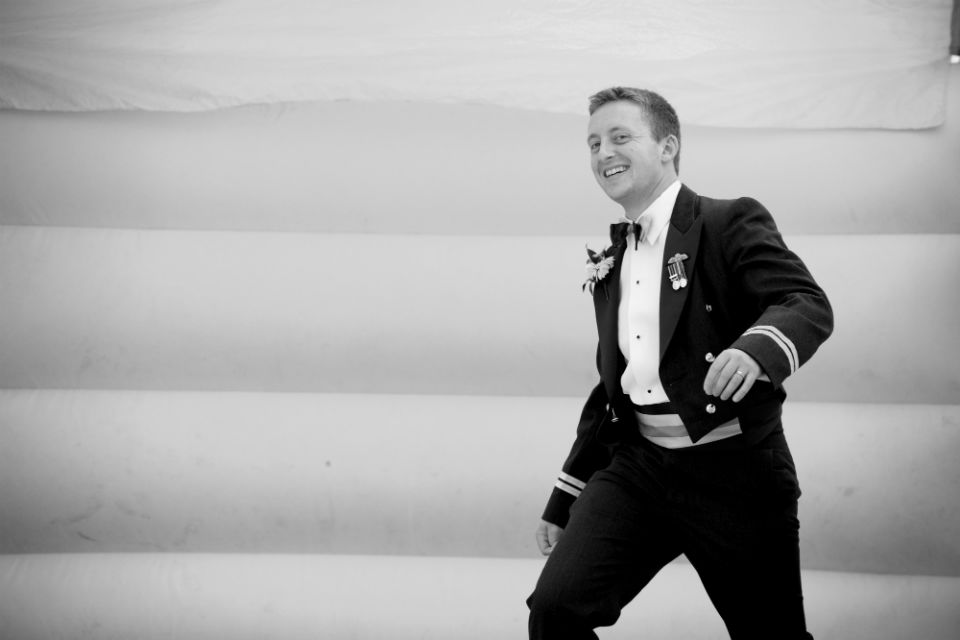 Flight Lieutenant Alan Scott, from London, was 32. He studied at Loughborough University before enlisting in the RAF in May 2006 as a pilot. Alan graduated initial officer training and subsequently served at RAF Church Fenton and RAF Shawbury before being posted to RAF Benson in December 2009.

After graduation from the Operational Conversion Flight at RAF Benson, Alan was posted to the operational flights of 33 Squadron. A combat ready Puma pilot, Alan was undertaking his first operational tour with the Puma before he progressed to qualification as a tactics instructor. A loving husband, Alan’s calm and reserved nature will be greatly missed by his colleagues, friends and family.


Flight Lieutenant Alan Scott, known as “Scotty” to all on the Puma Force, was a highly professional and diligent officer and pilot. Not one to seek the limelight, Scotty was one of the most dependable and intelligent officers I have had the pleasure of working with. Scotty was the man I would turn to above all others to tackle challenging issues that required analytical thought or logic. He played a huge role during the introduction to service of Puma 2 and the Force will always be grateful to him for helping us answer the unanswerable and for bringing Puma 2 to Initial Operating Capability on time.

Having gained Combat Ready status on Puma 2, Scotty had been thoroughly looking forward to his first operational tour and had hoped to qualify as a Tactics Instructor next year. A calm and reserved officer even when ‘tuning’ his Noble sports car out the front of the Mess on summer afternoons, Scotty will be missed by 33 Squadron, the Puma Force and the wider RAF family. He died tragically doing a job he loved and flying an aircraft he had personally invested so much time developing. A loving husband, his loyalty and devotion to his friends, work colleagues and the job was unequalled and his memory and contribution will live on.
​
His family paid the following tribute:


There are no words and no justice. Yesterday my wonderful, beloved husband Alan Scott was killed in a helicopter crash in Kabul. My heart is broken at the fact that such a vivacious, young and amazing person can be taken so cruelly and suddenly. Nothing I can say here – or anywhere else – could ever do justice to the thoroughly excellent man I’m proud to call my husband. Rest in peace, my love. Manylots, every day.
​
Flight Lieutenant Geraint Roberts 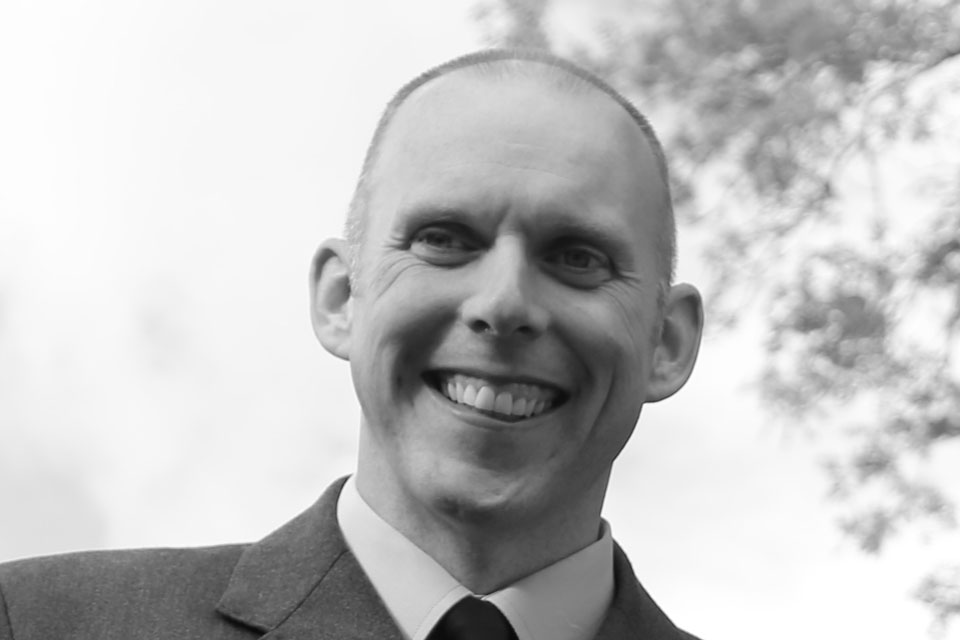 Flight Lieutenant Geraint Roberts, from North Wales was 44 and joined the RAF in 1988. After a short period as an air traffic controller, he transferred to undertake training as non-commissioned aircrew. Once his initial training was complete, Geraint became an air loadmaster on the Chinook aircraft before eventually qualifying as an instructor.

He subsequently undertook initial officer training and was posted to RAF Benson as the Crewman Leader for 230 Squadron. He has served in Bosnia, the Falkland Islands, Iraq and Afghanistan. Married with 2 children, Geraint was a charismatic professional who will be sadly missed by all.


Flight Lieutenant Geraint Roberts, known to his colleagues as Roly, was an extremely experienced, loyal and dedicated loadmaster. Recently commissioned, Roly joined the Puma Force just over a year ago, bringing with him over 20 years of flying experience accumulated on Chinook and Griffin helicopters which he operated as an instructor at the Defence Helicopter Flying School. He was my ‘go to’ man for all crewman issues and his honest and direct approach was always welcomed.

A man with exceptionally high standards, he was never afraid to remind anyone when he felt they could have done better. However, this advice was always delivered with his characteristic wry smile and good humour. The Support Helicopter Force has lost not only an outstanding operator but a good friend to so many. Since joining the Puma Force, Roly was instrumental in the preparation of the Squadron for Operations TORAL and his lasting legacy will be the professionalism and courage he passed onto all who flew with him. A loving husband and father, our thoughts are with his wife and children at this most difficult of times.
​
Friend and colleague, Flight Lieutenant Kevin Hare, said:


Roly came to us from a long career mainly on the Chinook Force, and he brought with him a huge amount of operational experience, as well as a real sense of pride in his work. He cared about his job so much, constantly pushing the rest of us and never accepting mediocrity. His was always the passionate voice in any debrief. On the ground he was equally passionate about his stories of flying experiences and his family. He spoke with such joy about his time growing up in North Wales, and strove to ensure he gave his own children the best opportunities and experiences. Our detachment and our squadron will not be the same without him.
​
Major General Richard Felton, the Commander of Joint Helicopter Command, said:


I am deeply saddened to hear of the loss of Flight Lieutenant Alan Scott and Flight Lieutenant Geraint Roberts, my thoughts and heartfelt sympathies are with their families and friends at this difficult time. They will be sorely missed by all within the Joint Helicopter Command and especially at RAF Benson.

I also send my most sincere condolences to the families and loved ones of the three NATO personnel who also lost their lives in this tragic accident.

This accident is a reminder of the dangers our service men and women face in military service; I’m extremely proud of their unwavering professionalism, courage and commitment to serve and protect the nation.
​
Major General Tim Radford, the Deputy Commander of Resolute Support mission in Afghanistan, said:


We were all deeply shocked and saddened yesterday following the tragic air crash here in Camp RESOLUTE SUPPORT which claimed the lives of Alan Scott and Geraint Roberts. Our thoughts and prayers go out to their families and friends at this very difficult time. They will be sorely missed by all of us.

I also take this opportunity to express my deep admiration for the reaction of a number of UK military personnel and coalition partners at the scene of the accident whose courage and selflessness undoubtedly saved the lives of others.
​
Secretary of State for Defence, Michael Fallon, said: