"Thousands of face masks produced by sailors at RNAS Culdrose have been handed out across Cornwall in the fight against coronavirus.

Doctors surgeries, pharmacies, care homes and charities have all been given the masks, to help prevent people catching Covid-19.

The small group responsible has been praised by the head of the Royal Navy, the First Sea Lord Admiral Tony Radakin, who said their actions were an example for all to follow.

Back in March, Warrant Officer Scott ‘Barney’ Barnett came across a design for a headband which could be produced on a 3D printer and made into a visor.

He had an interest in 3D printing as a member of Culdrose’s innovation hub, a centre set up last year to encourage sailors to use new technology to solve problems and think creatively.

He said: “We try and support the NHS where we can but we’re also supporting those smaller organisations. The reception has been so rewarding. We’re just doing our small part just to try and help get over this crisis.”

Warrant Barney set up his own printers at home in Mullion and enlisted his family and a small number of people he met online to begin producing thousands of masks. His group included his daughter Paige, aged 13, and Ryan and Suzanne Curnow, Chris Harper and Gary Adlington.

He also shared the design with other five other innovations centres at navy establishments. At Culdrose, sailors have been volunteering their time to help trim and assemble the masks.

Lieutenant Commander Steve Fuller, a Royal Navy reservist, said: “I run the innovation centre at Culdrose. At the moment we’ve been able to print 3D masks on the printers that are going out to those in need. It’s great to be able to contribute.

“The hub is normally used by the sailors, young men and women, to come in and innovate and experiment. They use the 3D printers, we’ve got some electronics prototyping and scanners and some other equipment they can use to think things out and develop things for their own use and the navy’s use.

“We’ve sent the masks out so far to our medics, to the pharmacists, dentists, and our doctors and nurses as well as to care homes, hospitals and individuals who might be vulnerable.”

Commenting on their endeavours, Admiral Radakin said: “I am really impressed by the work of Lieutenant Commander Fuller and the innovation hub at RNAS Culdrose. This is the sort of initiative, adaptability and teamwork that characterises the Royal Navy and I am proud of everyone involved.

“I was delighted to hear about what Warrant Officer Barnett has achieved. Collaboration and teamwork are at the heart of the Royal Navy ethos, and to have set up a group in his spare time that has delivered assistance to the local community on this scale is superb. Well done.” 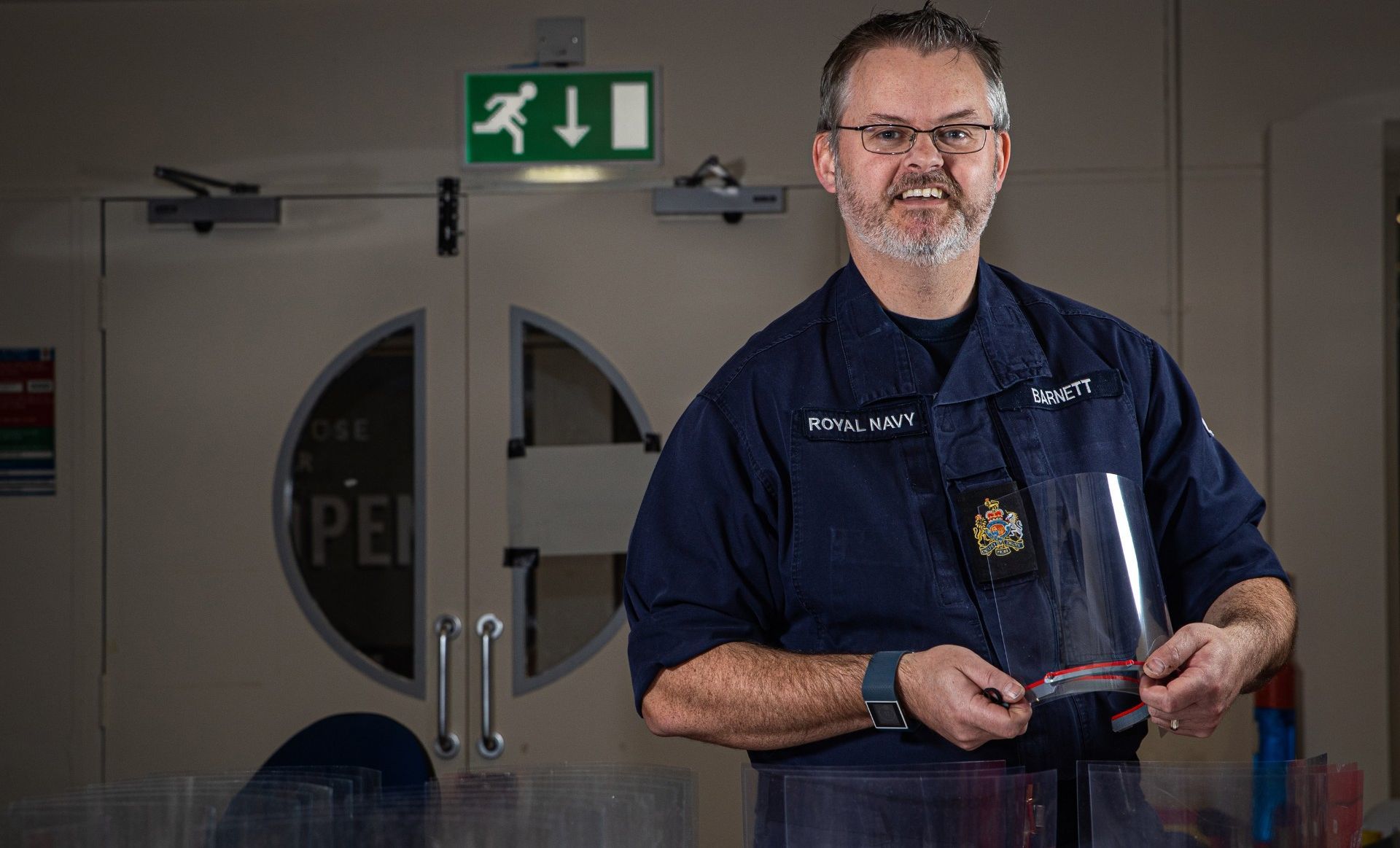 Thousands of face masks produced by sailors at RNAS Culdrose have been handed out across Cornwall in the fight against coronavirus.

www.falmouthpacket.co.uk
You must log in or register to reply here.

Falmouth Packet: "Face Of The Base: The Culdrose Crew Always On Call"