Falmouth Packet: "Face Of The Base: The Culdrose Crew Always On Call"

"An ever-vigilant presence at RNAS Culdrose are the firefighters who are on call 24 hours a day.

The station has 32 firefighters and six fire engines of various sizes. They must be prepared to deal with everything from serious aircraft crashes to fires in the accommodation blocks.

Culdrose has a total workforce of around 3,000 people, and hundreds of sailors live on the base.

The fire station manager is chief petty officer Wayne ‘Swede’ Sorenson, age 49 and from Helston, who said: “We are responsible for fire safety of the whole establishment, including the airfield here at Culdrose and at Predannack airfield on the Lizard.

“We deal with everything from cleaners stuck in the lift, to sailors accidentally setting off smoke alarms when cooking to aircraft hitting the barriers.

“Although our responsibility is inside the wire, we have attended crashes on the road outside Culdrose when needed.

“We are also responsible for ensuring the fire regulations of 246 buildings on the site are met - basically making sure the building managers do their job.”

He said the firefighters were split into five watches of six people each - one watch manager, one leading hand and four sailors. They all have a background as naval aircraft handlers, who are taught firefighting at Culdrose. Many of the firefighters also go on to serve on ships.

CPO Sorenson has been in the Royal Navy for 32 years. His previous role, before he became fire station manager just before Christmas, was as the captain of the flight deck onboard the support ship RFA Argus.

He added: “Everyone rotates jobs every two years or so. That’s what we do in the navy, we go shore-to-ship and then ship-to-shore.

“Although I’m the manager, I am also a trained firefighter and if required we are all expected to get involved. We are constantly on-call.“ 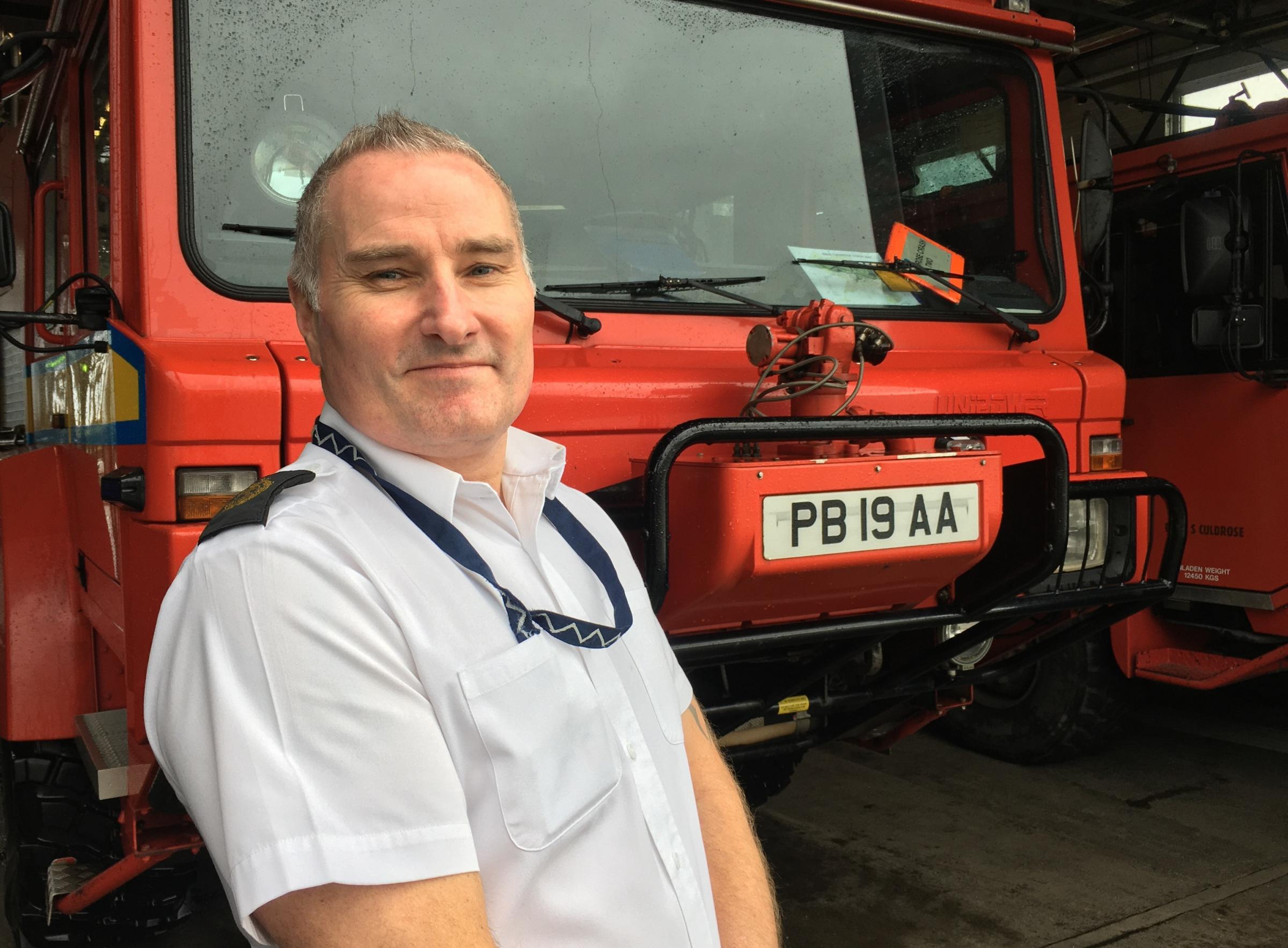 An ever-vigilant presence at RNAS Culdrose are the firefighters who are on call 24 hours a day.