Hi all,
I have a place at Dartmouth in the coming months as a pilot, I have passsed everything and am absolutely over the moon about it.
However in my eye tests I passed the required standards by the skin of my teeth. I am now slightly worried that a year or two into my training I will be grounded due to my eyesight having deteriorated, does anybody know if there are different standards once I have actually started my training.
Any help for anyone would be very much appreciated
Cheers
L

Moderator
I'm not aware of any relaxation of the aircrew visual acuity standard for those serving, but there are periodic aviation medical examinations after you join.

Logically, for the amount of money invested in aircrew training, the entry standard is possibly higher than the CAA standard to allow for natural deterioration.

Hopefully @Pontius or @Magic_Mushroom can illuminate us with regard "in service" aircrew eyesight standards & procedures. I believe the medical standards applied come under RAF ownership.

As Ninja says, you will have an annual medical but this will not be in quite the same detail as your original one, no EEG for instance. Obviously your eyesight will be tested and you will still have to reach the required standard but once they've invested some money in you then you become more valuable and they become a little more 'flexible'. This does mean that you will be permitted to wear glasses and we had plenty of pilots who did, even on the SHAR i.e. not just helicopters. Clearly they are not going to allow prescriptions the size of milk bottle bottoms but I'm afraid I don't know how strong the correction can be. I also know nothing of the military's stance on laser correction.

Doubtless I will be shouted down as a heretic by medically qualified personnel but my advice would be to avoid wearing glasses as long as you can because they make your eyes more lazy and, therefore, more reliant on them as they are doing the correcting and not your lenses, so the muscles get less of a workout. This means the prescriptions get stronger and stronger (during your younger years) and there must be a limit somewhere, even though I don't know what it is. The funny thing is that most short-sighted people (lens is too 'strong') end up with their eyesight improving a bit as they get older and the lens gets 'weaker'.

Long and short of it. Avoid a late night, booze and reading the night before the medical to give your eyes their best chance during the test. Keep your eyesight 'strong' by avoiding glasses as long as you can and by exercising your eyes by focusing at short and long distances (don't do this just before your medical). Hopefully all of this will mean you can pass the first 2 or 3 medicals without glasses and after that you'll be worth too much to chuck out.

Firstly, congratulations on getting selected and the very best of British in training.

The good news is, I wouldn’t worry.

Assuming the RN play the same rules as the RAF, once you’re in, it is accepted that eyesight can and does sometimes deteriorate. As long as it is correctable within certain standards, you’ll simply have a slightly lower medical category recorded in your flying log book and be required to wear issued corrective flying specs or approved contacted lenses. 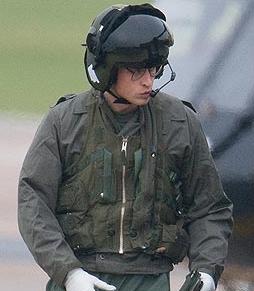 In terms of laser corrective surgery, the RAF allows it but requires a period of 2 years for the eyes to stabilise before you can join. Therefore, you’re not able to have the surgery while serving as you’d lose your flying med cat for several years.

^^... and, presumably/more importantly. your Flying Pay too?

Moderator
Many thanks @Pontius & @Magic_Mushroom , an excellent insight, pardon the pun

Just to echo the comments above, @harry_G , well done on passing aircrew selection - many aspire, few achieve. Best of luck.

BreathingOutOnTheWayUp said:
^^... and, presumably/more importantly. your Flying Pay too?
Click to expand...

^^ I'd guess FP came under the same TOCs for 'additional pay' which suffered a re-write with what once was SSP (SM) then, MM...

BreathingOutOnTheWayUp said:
^^ I'd guess FP came under the same TOCs for 'additional pay' which suffered a re-write with what once was SSP (SM) then, MM...
Click to expand...

I’m not sure. However, unlike Fg Pay, RRP(F) is not guaranteed.

Wow im truely amazed by the quality and kindness of the responses, thank you for your help and as @Ninja_Stoker says it is an interesting insight
Cheers
H

Well done for getting this far.
If you are concerned about your eye sight become a submariner. You need normal acceptable sight, because when you are driving, (planesman) controls like a plane, you can't see where you are going, no windows
N

Sumo said:
Well done for getting this far.
If you are concerned about your eye sight become a submariner. You need normal acceptable sight, because when you are driving, (planesman) controls like a plane, you can't see where you are going, no windows
Click to expand...

That's a good joke. But it would be interesting if the standard were more flexible for Submariners actually.