According to today's Times a new species of mammal has been discovered... a Cypriot mouse... I must confess I immediately thought of Junior Jenny when I read this, but apparently...
http://www.timesonline.co.uk/newspaper/0,,173-2399572,00.html

Damn it, you find me out! Now, I have a great finding, a Cypriot cat, soon to be tiger! 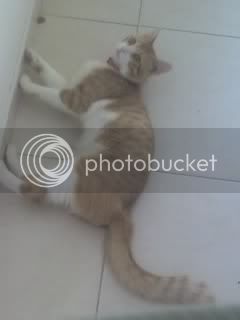 That's a great tail... it must be a hybrid: a tiggerpuss! Ginger's always seem to be very affectionate. Is that true for semi-gingers?
D

â€œNew mammal species are mainly discovered in hotspots of biodiversity like South East Asia and it was generally believed that every species of mammal in Europe had been identified,â€ Dr Cucchi said. â€œThis is why the discovery of a new species of mouse on Cyprus was so unexpected and exciting.â€

Dr Cucchiâ€™s work has shown that the Cypriot mouse appears to predate the arrival of human beings on the island, an unusual occurrence because most other mammals endemic to Mediterranean islands died out when challenged by the presence of Man and the animals he brought with him.
Click to expand...

And I was led to believe that Cyprus is a 'hot spot', guess I'm in the wrong country!

To be honest, the likely hood of seeing this mouse is not high, rats every where, cockroaches, massives ants.

There are a lot of rats here, the cutie pie cat above brought one home just last week!

p.s. he is part Turkish Van, only breed of cat that is willing to swim

Sorry Whitemouse but I was so shocked with your passport photo last night - somehow I though you were a small white furry thing with a long pink tail... :wink: :lol:

I thought you were one of these... :wink: 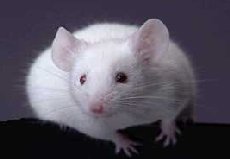 Jenny_Dabber said:
...p.s. he is part Turkish Van, only breed of cat that is willing to swim
Click to expand...

A
Govt wish to abandon veto over EU on crime & justice

Sep 22, 2006
Always_a_Civvy
A
A
Harold Wilson's son stops teaching to be Train Driver

A
Machine-gun the prisoners...