Hello,
Firstly, apologies as this might be quite a lengthy post but I am rather concerned and would like to add as much detail as possible to try and find a positive outcome. Any advice and guidance would be greatly appreciated.

I am an 18 year old male. I have been in the process of joining for nearly six months now. Further to this, I have wanted to join the military for as long as I can remember.

All my ambitions are in some form of joining an armed force with at the top, and my lifelong ambition being, joining as a Pilot. I also had back up plans of joining as some sort of officer role with joining up as a rating as my final backup plan. I have always worked towards a career in aviation or the armed forces. It never really occurred to me that I would fall at the initial hurdle rather than at a particular role.

More recently, I knew Aircrew roles might be out of my reach due to 1 instance of migraines and 1 instance of hay fever on my medical records (over 5 years ago). I never really suffered with either and they were short periods that lasted weeks or at most months. These are now the least of my worries however.

I took my Capita in person medical in January 2019. I failed on my Peak Flow Test. I managed to blow 80% for someone my age and size. I had multiple attempts was not able to pass. I was told to go and speak to my doctor to undertake a spirometry test. After speaking to my doctor, I discovered that I possibly suffered from Asthma when I was younger. I never knew this as the first record was in 2008 (ish) where I would of been 10. I was issued a blue and brown inhaler. After talking to my Mum, apparently I used my Brown inhaler most days for a few months but I never used my blue inhaler. My last Asthma appointment was in 2014 (12 years of age). This was just to check my status and this is where the doctor said I didn't need to use my inhaler even though I hadn't used it for years.

SInce, I have never noticed anything wrong with my lungs. I keep physically fit by cycling, playing football, golf and physical tests at cadets. I have been able to meet all the fitness requirements relatively easily. I have always been the top of my cadet squadron in fitness when doing runs and reaching the highest level on the bleep test.

I am currently waiting for Capita to make their decision however I have been told it will most likely be a fail. Could it have been technique? Is their a way I could appeal if I do get denied? Could their be anything else that caused my fail?

I also have started my application for West Midlands Police as a non-military back up. Would this also be affected by a history of Asthma?

Any help and guidance would be greatly appreciated.
Many thanks,
Jack

As the question is about a specialised area and moreover, one to do with eligibility to join from a medical perspective, the most helpful answer is going to come from someone with a particular kind of experience and knowledge.

It may be that it may take a while for a suitable person to be able to add to your thread, so please don't be disappointed if nothing appears immediately - it doesn't mean that your post has been ignored, it's just that it needs to be answered by someone with the right kind of knowledge and experience to be of real help to you.

Hi Jack, I really sympathise with your situation as I’ve been down a very similar path.

Ultimately mate, yes there is technique involved and you can definitely improve with practice in my experience.

There is an appeal process, however I’m not sure about the details regarding getting issued an inhaler and if that bars you for a certain amount of years. What I do know is that if it was just a case of low peak flow, you could go and prove at a GP that you can achieve the minimum and then go to the Navy with your result and appeal.

It could be a multitude of things, poor technique during the test, wider than average trachea, etc.

If you want any extra advice feel free to shoot me a PM, and I’m happy to answer any other questions you have from my experience in the process.


Sent from my iPhone using Tapatalk

@SeaKing2001 There is a Peak flow Technique and it has been discussed on this forum in the past. This is one link but there are others if you want to use the Search box in the top right hand corner.

I appreciate the quick response. I have bought a peak flow tester (or whatever its called) and I will try and practice my peak-flow reading.

Hopefully it was just technique because I seriously doubt myself having Asthma.

Thank you very much for the information and hopefully this has given me a second chance.
Jack

Super Moderator
When we used to do pressurised training in SETT we had to do a vitalograph before getting in the water. I imagine it's basically the same but we had to blow out as hard as we could for a set time (10 seconds??). I was taught to give a hard breath, as if your saying "PAH" to get the marker to move to the end of the tube and then breath out for as long as you could to hold the marker in position.

Whether the same will apply with a peak flow meter I don't know but may be worth a try.

Again, I appreciate the help.

With my new peak flow meter, I was hitting around 300-350 (I know this is very low). With a little practice and using the techniques posted above. I am able to hit 450-500. I think with a few breathing exercises and a bit more practice I could do much better.

Does anyone know what the pass or fail rate needed for an 18 year old male who weighs 62kg and is 178cm?

Average for my height and age in 68kg however it has been something I'm working on. I have always eaten like mad and generally the right stuff but my motabolism is extremely fast.
I am however slowly gaining.

With my new peak flow meter, I was hitting around 300-350 (I know this is very low). With a little practice and using the techniques posted above. I am able to hit 450-500. I think with a few breathing exercises and a bit more practice I could do much better.

Does anyone know what the pass or fail rate needed for an 18 year old male who weighs 62kg and is 178cm? 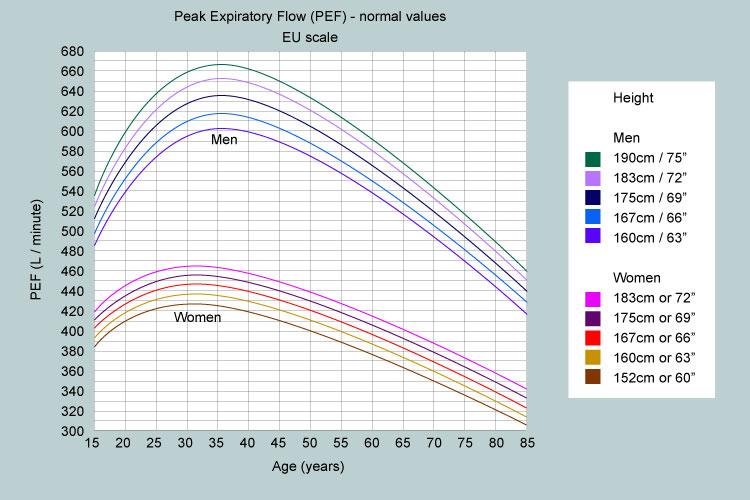 Sent from my iPhone using Tapatalk

Moderator
Just for info, any asthma diagnosis, regardless of time elapsed since, is usually an outright bar to entry for aircrew.

Interestingly, I'm told the Army has reduced the 4 year "treatment free" period to 12 months for most trades. But, I expect the aviation medical standards for aircrew trades remains a no-go unfortunately. Worth an ask though.
You must log in or register to reply here.

D
Can I join the Royal Marines?

T
Need Help on the medical!