No, not the one in Plymouth!!


By Fiona Macrae and Peter Allen

The French government is to foot the bill for tens of thousands of women to have their breast implants removed, amid fears they are at a heightened risk of cancer.
But a similar number of British women who also have the controversial implants face hefty surgical bills for the same treatment.
The row comes amid growing concern about the safety of the French-made implants, filled with a silicone gel believed to have been made for mattresses. 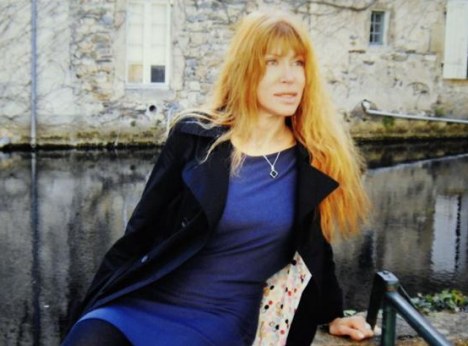 Yesterday the French government told all women with the implants to have them taken out. It also said it would foot the entire bill in up to 30,000 cases.
But the lack of any similar scheme in the UK has led to accusations that British women, including breast cancer survivors, are being left in limbo.
Up to 50,000 women in this country have the Poly Implant Protheses, or PIPs, which were among the cheapest on the market and widely used in cosmetic clinics both here and abroad.


UK Government advice is that any woman who is concerned about her implants should speak to the surgeon that put them in.
The Medicines and Healthcare products Regulatory Agency says there is insufficient evidence to indicate any association with the implants and cancer.
But Douglas McGeorge, of the British Association of Aesthetic Plastic Surgeons, said: 'People with PIP implants do have a higher failure rate and there is a significant risk at some point they might rupture. 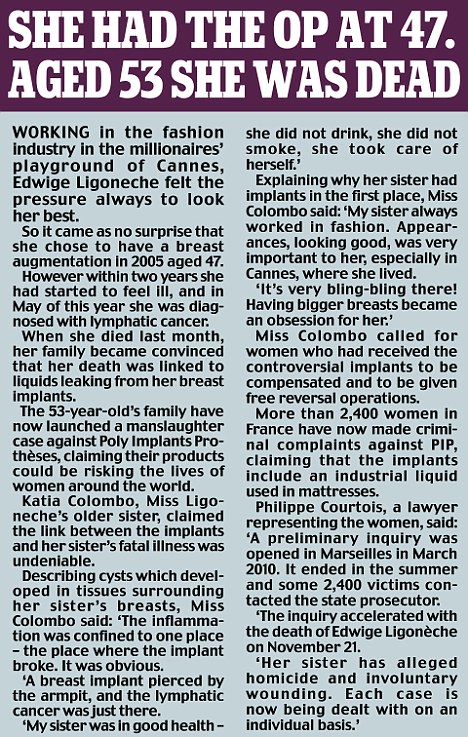 'If this is a worry for patients, the sensible thing to do is to get them replaced earlier rather than later.'
The NHS does take out damaged implants but won't pay for new ones to be put in, meaning patients could be left with a bill that runs into tens of thousands of pounds, as well as the trauma of additional surgery.
Fears about the safety of PIPs surfaced 18 months ago when surgeons noticed they were rupturing much more quickly than other brands.
An inquiry ordered by the French health watchdog reported 'serious irregularities' in the implants. 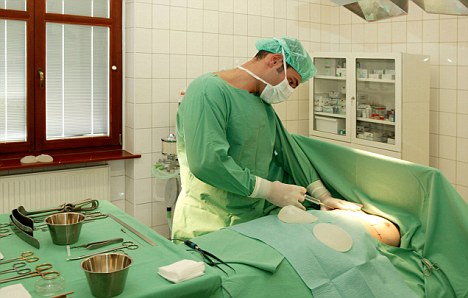 But when the gel's manufacturer was asked for studies on the safety of the filler, it said it did not have any – because it believed it was to be used in the manufacture of mattresses.
It also emerged that many of the implants were missing a protective coating designed to stop them from splitting and prevent any gel that leaked from spreading through the body.
Tests failed to find any firm evidence the implants could trigger cancer. But earlier this month the death of a French woman who had breast augmentation in 2005 raised fresh concerns.
Edwige Ligoneche died from a rare form of cancer and the French Society of Plastic, Reconstructive and Aesthetic Surgery said the gel could have been an 'aggravating factor'.
Yesterday French government spokesman Valerie Pecresse said: 'It is a matter of urgency that all women who have had these PIP implants are identified and the implants removed.'
'The profession has no choice,' said Laurent Lantieri, a leading plastic surgeon based in Paris, adding that the removal of the implants was a 'simple operation'.
Meanwhile, 27 British women are suing their clinics to pay for the operation and for compensation for scarring and emotional trauma.
Kevin Timms, of Hertford-based Garden House Solicitors, said those worst affected could be in line for tens of thousands of pounds. The firm is also trying to compile a national register containing details of all those who have the implants.

Now, as far as I'm concerned, unless the op was done due to serious illness, say masectomy, then why should the NHS pay a penny towards this! If the Frogs want to, then fine. One has to assume that these girls/women were able to find the cash for the original job, maybe not top end (pardon the pun!) but low budget, hence the industrial filler. So, they should be able to find the cash to get it undone - yes?

We continue to offer treatement for alcohol and tobacco related conditons so where's the difference?

I feel for those women who have had it done as an integral and accepted part of cancer treatment but I've never understood the cosmetic thing - they just look so... false.
Last edited: Dec 22, 2011

Wheres the photo of Edwige Ligoneche`s "box below" that we are to see, carnt find it.

I will, in the name of humanity, offer a free visual or manual inspection of any womans boobs if they are worried.

wet_blobby said:
I will, in the name of humanity, offer a free visual or manual inspection of any womans boobs if they are worried.
Click to expand...

And I too will help with any ladies front bottom problems....I'm not a gynocologist but I'll have a feckin good look.
:0)
Merry Christmas

Book Reviewer
This is just as bad as that 'puppies on parade' thread. ******* false advertising threads should lead to an automatic 14 days nines.

witsend said:
This is just as bad as that 'puppies on parade' thread. ******* false advertising threads should lead to an automatic 14 days nines.
Click to expand...

If you want boobies Wits, some perv started this thread but hasn't posted any for a while

That's shattering news! how am I off with my Penis and Testy's implants? I don't want them to explode at the wrong time!
Bloody French! Worlds greatest lovers? in their dreams,they can't even get tits right!

WreckerL said:
If you want boobies Wits, some perv started this thread but hasn't posted any for a while

Fair one Wrecker. That prev should be reported to the reggies cyber crimes division.

witsend said:
Fair one Wrecker. That prev should be reported to the reggies cyber crimes division.
Click to expand...

Book Reviewer
I wonder how many searches Flickr have had?


Or how many Flickrs you've had searching?

Get your tattoos removed on TV - Channel 4

W
goodbye me luvvers ,Goodbye my friendls, You have been ones
2 3