^Welcome back, @janner. Where have you been?

Book Reviewer
Disgusted with THE thread Bob, most especially with the rants of some, instead of joining in I decided to take time out.

BreathingOutOnTheWayUp said:
I even thought you'd, ermm, joined the 'band'...
Click to expand...

I see what you did there!

Book Reviewer
No sign of Bro here when he was needed....

Poor Bloody Police in CA are having to do these rescues all by themselves.

Nill sightings of the legendary 'ero up in Yorkshire either.

Two women pictured walking along a railway line with a pushchair have been branded "totally irresponsible".
The pair were seen with a young child on the the Keighley & Worth Valley Railway (KWVR) heritage line on Sunday.
Staff said the heritage line, which was used to film the 1970 classic The Railway Children, was still used "intensively" for training runs.
A local MP said encouraging children to walk on the tracks was "dangerous, risky and totally irresponsible"....

...engines had been passing every 40 minutes during the past week.
Keighley's Conservative MP Robbie Moore, who shared the image taken on Sunday afternoon, said: "Trespassing on the railway is illegal and dangerous - please stay safe and do not do it."
Mr Hartley added: "We've had people taking photos of others doing handstands on the rails last summer, a dog-walking business taking dogs for a walk.
"But it's taking kids for a walk on the railway which is really silly - it starts to instil the idea in children that it's OK to trespass on the railway property."

The line reopens to passengers on 17 April. 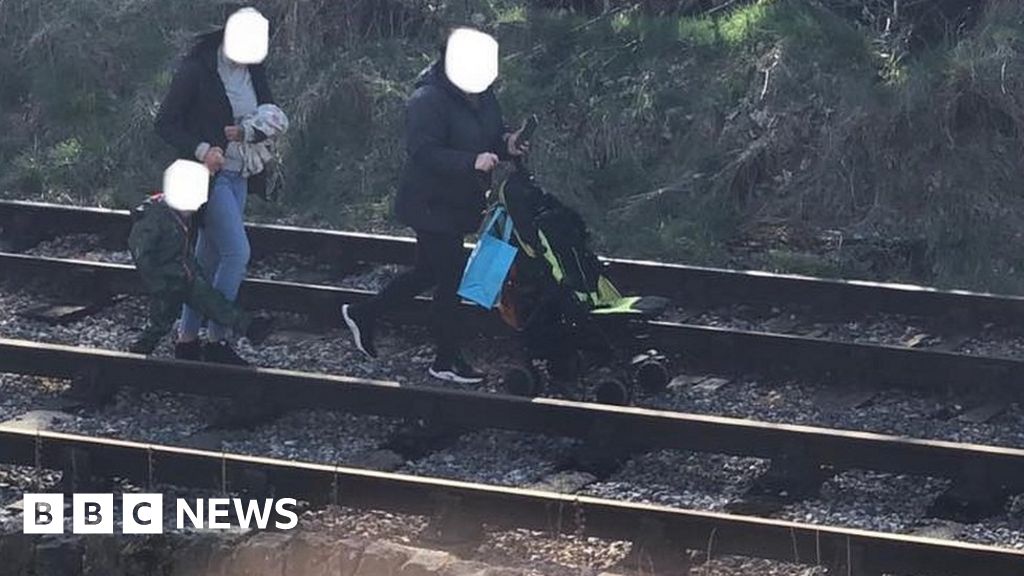 The "irresponsible" pair were seen with a young child on the Keighley & Worth Valley Railway (KWVR).
www.bbc.co.uk

Book Reviewer
Just when you think the worlds ran out of hero’s. JD’s Indian cousin takes on the role. What a guy!!!