"The wreck of a World War One German armoured cruiser has been located off the Falkland Islands, where it was sunk by the British navy 105 years ago.

It was sunk on 8 December 1914 with more than 800 men on board, including Vice-Adm von Spee himself.

The leader of the search for the wreckage said the moment of discovery was "extraordinary"." 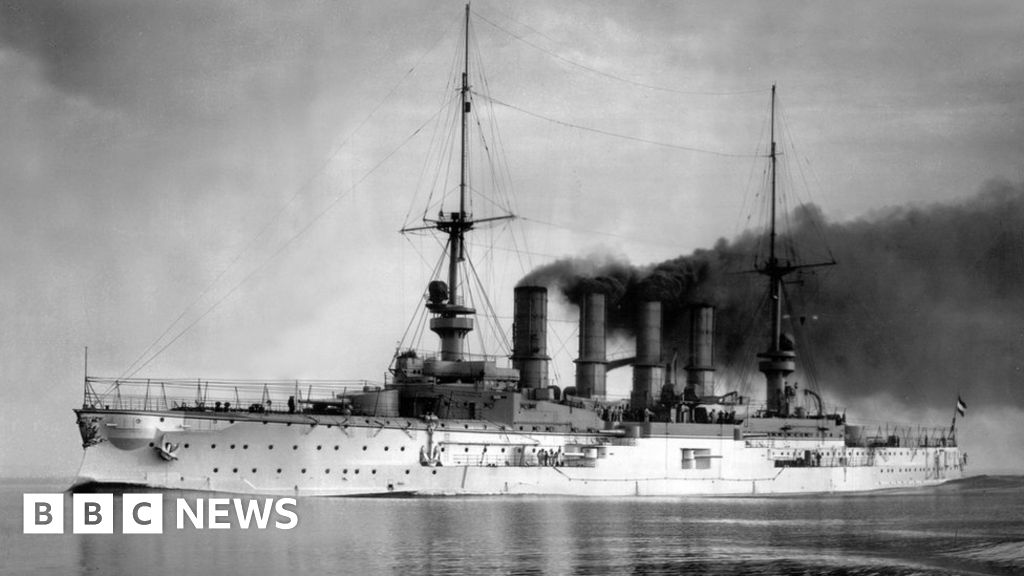 Armoured cruiser SMS Scharnhorst was sunk by the British in the 1914 Battle of the Falkland Islands.