Book Reviewer
The Grim Reaper came for me last night , and I beat him off with a vacuum cleaner. Talk about Dyson with death..

A mate of mine recently admitted to being addicted to brake fluid. When I quizzed him on it he reckoned he could stop any time....

I went to the cemetery yesterday to lay some flowers on a grave. As I was standing there I noticed 4 grave diggers walking about with a coffin , 3 hours later and they're still walking about with it. I thought to myself , they've lost the plot!!

My daughter asked me for a pet spider for her birthday, so I went to our local pet shop and they were $70!!! Blow this , I thought , I can get one cheaper off the web..

I was at an ATM yesterday when a little old lady asked if I could check her balance , so I pushed her over.

I start a new job in Seoul next week. I thought it was a good Korea move.

I was driving this morning when I saw an RACV van parked up. The driver was sobbing uncontrollably and looked very miserable. I thought to myself that guy's heading for a breakdown.

Statistically , 6 out of 7 dwarves are not Happy.

My neighbour knocked on my door at 2:30am this morning , can you believe that , 2:30am?! Luckily for him I was still up playing my Bagpipes.

Paddy says "Mick , I'm thinking of buying a Labrador ..."Bugger that" says Mick "have you seen how many of their owners go blind?"

Man calls 999 and says "I think my wife is dead" The operator says how do you know? He says "The sex is the same but the ironing is building up!"

A wife says to her husband you're always pushing me around and talking behind my back. He says what do you expect? You're in a wheelchair.

I was explaining to my wife last night that when you die you get reincarnated but must come back as a different creature. She said I would like to come back as a cow. I said you're obviously not listening.

The wife has been missing a week now. Police said to prepare for the worst. So I have been to the charity shop to get all her clothes back.

Two Muslims have crashed a speedboat into the Thames barrier in London . Police think it might be the start of Ram-a-dam.

Sat opposite an Indian lady on the train today , she shut her eyes and stopped breathing. I thought she was dead , until I saw the red spot on her forehead and realised she was just on standby.

The wife was counting all the 5c's and 10c's out on the kitchen table when she suddenly got very angry and started shouting and crying for no reason. I thought to myself , "She's going through the change."

When I was in the pub I heard a couple of plonkas saying that they wouldn't feel safe on an aircraft if they knew the pilot was a woman.What a pair of sexists. I mean , it's not as if she'd have to reverse the bloody thing!

Local Police hunting the 'knitting needle nutter' , who has stabbed six people in the arse in the last 48 hours , believe the attacker could be following some kind of pattern..

Bought some 'rocket salad' yesterday but it went off before I could eat it!

A teddy bear is working on a building site. He goes for a tea break and when he returns he notices his pick has been stolen. The bear is angry and reports the theft to the foreman. The foreman grins at the bear and says "Oh , I forgot to tell you , today's the day the teddy bears have their pick nicked."

Murphy says to Paddy "What ya talkin to an envelope for?" "I'm sending a voicemail ya thick sod!"

Just got back from my mate's funeral.. He died after being hit on the head with a tennis ball.
It was a lovely service.

An Asian fellow has moved in next door. He has travelled the world , swum with sharks , wrestled bears and climbed the highest mountain. It came as no surprise to learn his name was Bindair Dundat.

Hahaha!
Well I liked them !

Got insomnia but enjoyed them too!

They made me smile, which I'd more than the missus does.

What d'you call a hunch-back lesbian hair stylist who eats out regularly with her girlfriends, takes shed-loads of anabolic steroids, is a part time mud wrestler, an expert at mathematics and likes doing flower arranging in her spare time?

Billy, didnt get the answer, but i liked it.

Question: What game is played with a wombat?

Question: What time did Sean Connery get to Wimbledon this year to see the mens final?

Question: What did dad buffalo say to kid buffalo when he went away to join the Royal Navy? 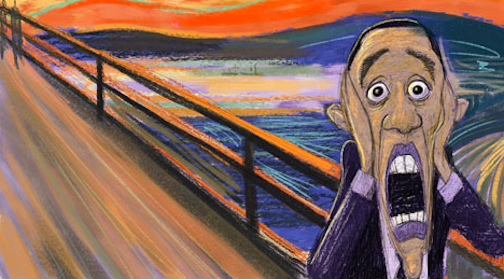 Mummy, what is black humour?

Go and ask your Dad.

There, you've got it.

Jonathan Ross has been arrested for stealing from a kitchen shop.
He said it was a whisk worth taking!

Something for the weekend

Thoughts for the day

A
A Newfie Joke