At the mosque, which has served Birmingham’s Muslim population since the early 1970s, and welcomes around 4,000 worshippers every Friday, Admiral Radakin met the Imam and mosque elders from across the West Midlands, and learned about the support given to the Royal Navy through some of their outreach events.

Ahmed Maqbool, chairman of the mosque’s board of trustees said, “It has been a great honour, privilege and a pleasure to have such a gentleman as the admiral take the trouble to visit our mosque.”

“We very much appreciate that he cares and is concerned about the Muslim population and it has given such encouragement to the community. We want to help and serve in any way we can.”

At the Armed Forces Careers Office in the city centre, Lieutenant Sarah Bligh, Area Recruiting Officer Wales and West of England, outlined the work her team carries out to encourage and help young men and women join the Royal Navy and Royal Marines – and the admiral chatted with some of the (slightly shell-shocked) candidates who were attending interviews… and found the head of the Navy present.

Admiral Radakin said, “I really enjoyed visiting Birmingham and meeting so many people from across the city.”

“The relationship that the Royal Navy has with the UK’s second city remains really strong and it was a pleasure to see the enthusiasm of the whole team in the Recruiting Office.

“It was also a particular honour to visit the Central Mosque and to be hosted so warmly by the senior leaders, and discuss how we can go even further in integrating diverse communities within the Royal Navy and the city.”

“During my 18 months in the service I have had some wonderful experiences meeting the most committed and wonderful servicemen and women,” said Capt Raj, who lives in South Wales and also serves as India’s Honorary Consul in Wales.

“I want to use my position to create greater diversity in the Navy, to show the community that the Navy are supportive and there are amazing careers on offer, with first rate skills training and opportunities to see the world.”

Admiral Radakin added, “A particular highlight was seeing his affiliated ship, HMS Dragon, lit up at sea to celebrate Diwali, in an image that reached audiences throughout the world.”" 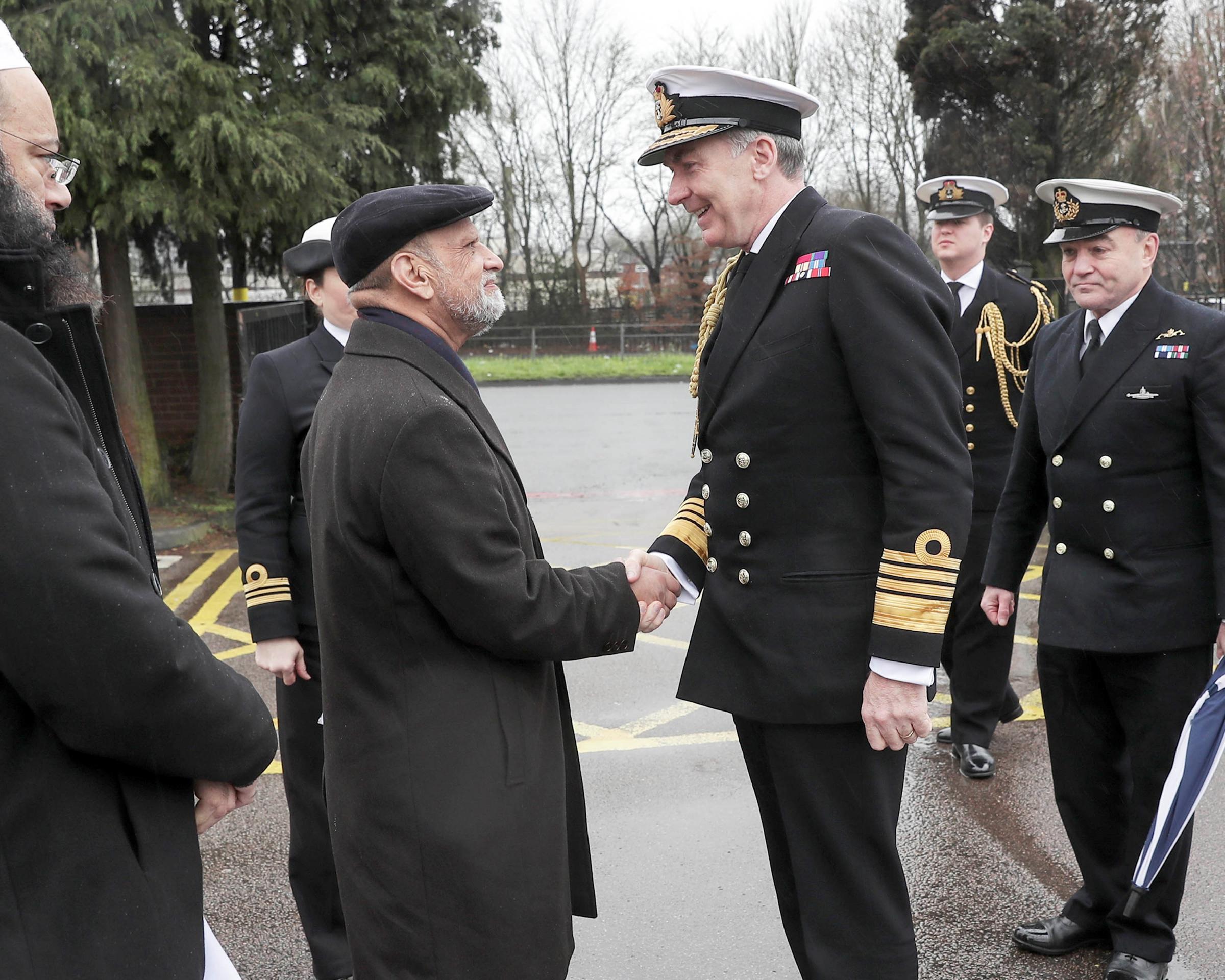