The original article which prompted this thread vanished from the Arran Banner's website at a later date, so I am replacing it with an article on HMS Dasher from this year and from the same publication:

The fate of the Dasher is very intersting. A local author has written at least 3 books on the subject and a team of RN divers have visited the site, it has been scanned by at least one minehunter, to say nothing of what has happened under the waves by Faslane BBM's.

I understand that there is a blanket of secrecy as to the reasons which, after all this time is strange and unneccesary, given that national security is not going to be harmed by any culpability which may be evident.

Will HMG reveal all?
K

Not much of a blanket of secrets to be honest- I wrote my degree thesis on RN escort carrier operations and looked at Dasher in some detail.

The official report listed some 90 possible causes for the explosion, all due to error on the part of the ship's company and the poor build quality of the ship herself - in one instance they found that it would have been technically possible for a lighted cigarette dropped in the stoker's mess to have fallen through a duct and entered one of the fuel tanks(!)

Where the conspiracy theorists get exercised is in the idea that she was sunk by a U-boat, and the fact that the sinking was not admitted to until after the war. To be honest, there is not a shred of evidence that there was a U-boat in the area at the time, and it is farmore likely that the govt simply did not want to lower national morale throughgoping public about such an epic cock-up and so many deaths caused by an accident.

As an aside, and where there is more chance of a cover-up, I was surprised that the board of inquiry so quickly dismissed the evidence of an eyewitness (shepherd?) on the Isle of Arran who said that immpediately prior to the explosion he saw an aircraft miss the round down coming into land and flying straight into the gap at the stern between the flight deck and the hull. Beyond that, I don't really think that there is much more to come out about what, we have to believe, was a tragic accident.

When I was in the URNU (never a great way to begin a dit I grant), our ship was the current DASHER and we went took her up there to do a service and wreath laying over the wreck. On board we had a couple of the survivors (one of whom had swum ashore two and a half miles with 3rd degree burns) and a woman who had been a nurse at the RNH in Ardrossan.

She had been on her first day at the hospital when the accident happened, and had no nursing training, learning on the job through cleaning ward sand holding things for others as you did then. Anyway, because of this they put her in the ward where the ones who weren't going to make it were bedded. Basically, she spent the night sitting with them, holding their hands, etc, and the next morning she wrapped her hand in, ending her brief career as a naval nurse.

If I'd actually read the article I would have seen that the chap in question was the shepherd I mentioned above. He's the only one that saw it, but he did come forward at the time as I've read his submission to the investigators in 1942. Wow.

It was still an accident though, covered up for the reasons stated above. Not sinister. Given that everyone on the board of inquiry is dead, and there is virtually nothing relating to DASHER still unobtainable/classified, I would say that HMG has revealed all, except admitting on record why they covered it up at the time.

Not sure what this chap can achieve, much as I'd love to meet him and have a chat, short of getting the board reconvened with very few other living witnesses. Which isn't likely to be honest.

While at Gannet, I asked one of the officers about this & was given the reply "we don't talk about it" that was in 83!
K

Yes, but don't talk about what? To be honest, the stuff that is now UNCLASS was still classified in '83 under the 75 year rule so they probably wouldn't have talked about it. In the event, most of it was released earlier than the full 75 (but still after 83) simply because there was no point in it still being classified. If you'd asked about ENIGMA in 83 you'd probably have got a similar answer, but we know about that now too. It is my firm belief that, other than working out which of nearly 100 possible accidents was the accident that happened, there is nothing being held back to suggest that it was anything different.

Book Reviewer
Is it not just possible that we didn't want Hitler to know we had lost an aircraft carrier? If it had been sunk by a U-boat then of course the U-boat would have reported the sinking. But with no enemy about it made sense not to talk about it. Because it went off with a big bang a lot of people had to be told to keep their mouths shut, without them being told any more detail than they already knew. I think you'll find much the same thing about the Queen Mary slicing the Curacao in half. See also the MINCEMEAT thread.
K

Seaweed said:
Is it not just possible that we didn't want Hitler to know we had lost an aircraft carrier? If it had been sunk by a U-boat then of course the U-boat would have reported the sinking. But with no enemy about it made sense not to talk about it. Because it went off with a big bang a lot of people had to be told to keep their mouths shut, without them being told any more detail than they already knew. I think you'll find much the same thing about the Queen Mary slicing the Curacao in half. See also the MINCEMEAT thread.
Click to expand...

I have no problem that a major ship loss would have been supressed during the war, but in John and Noreen Steeeles book - the latest one he mentions that a deep dive was carried out recently by the RN, and that the findings are subject to a 30 year rule.

I have read about the poor construction, the open vent to the avcat tank in the mess, and the sighting of a possible crash into the hangar from the stern.

I do find it strange that an opportunity to show the remains of this ship has not been taken advantage of.

On another escort carrier, exercising in that area in early '45, I was told of a Yankee escort that had blown up there, no survivors - while refuelling aircraft or something involving fuelling.

On that same ship I'd been told with great glee as a new chum to Russian convoys of Convoy PQ16(?) the one that got wiped.

- Had been O/S so was out of touch with what had happened in Atlantic.

So much for Security. All this was known to them; of course it wasn't exactly shouted from the rooftops.

Cause of fatal wartime explosion on aircraft carrier in Clyde finally revealed | ShetlandTimes.co.uk

It is little wonder that after being given the designation, C.V.E. (Convoy Escort)
The ships companys of these Woolworth Carriers called them,Combustible,Volitile and Expendable.

My Dad served on one of her later Sisters, Pursuer. 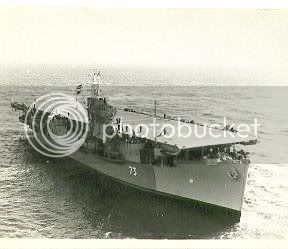 Book Reviewer
You might wonder why the Govnmt felt it necessary to bury the papers for another 75 years in 2008, I can't think of any reason.

janner said:
You might wonder why the Govnmt felt it necessary to bury the papers for another 75 years in 2008, I can't think of any reason.
Click to expand...

Some conspiracy theorists have it that the welsh vagrant, destined to become Major Martin RM for Op. Mincemeat, was replaced at the last minute with a similar, but much fresher, corpse recovered from among HMS DASHER's casualties.

Whatever the reason for the aditional 75 year blanket it goes quite against the grain in this, supposedly, 'age of the FOI.'

Hms Dasher
You must log in or register to reply here.