Ministry of Defence said:
15 (North East) Brigade joined Barnsley Metropolitan Borough Council and its partners for the grand finale this week at the historic signing – just a week after thousands of people lined the town’s streets to welcome home the Light Dragoons from their tour in Afghanistan. 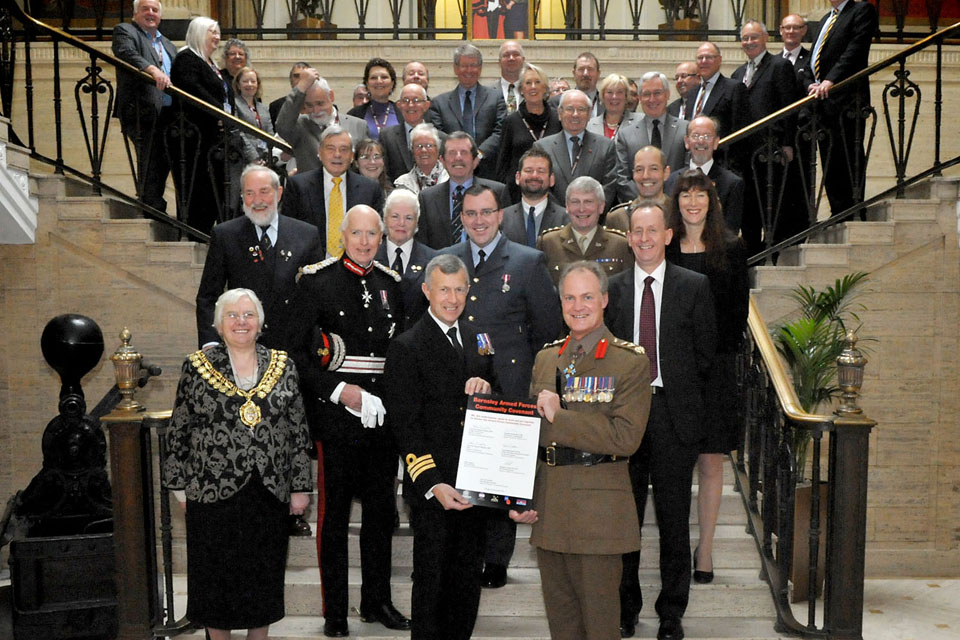 The signing of an Armed Forces Community Covenant by the people of Barnsley is the final ceremony that sees all local authorities in my brigade area – representing a population of 7.8 million – pledge their support for their Armed Forces’ communities.
​ 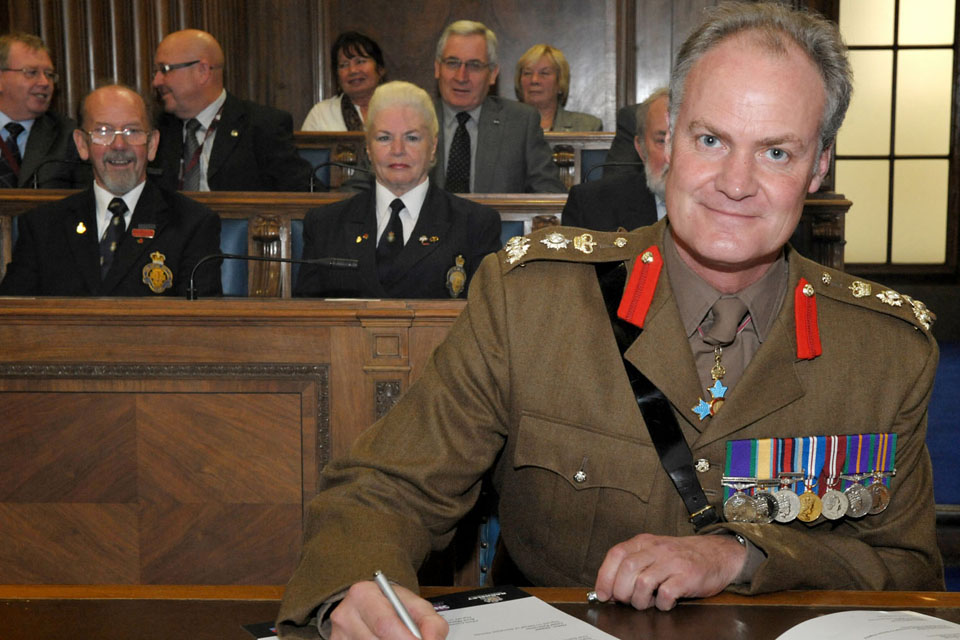 Barnsley has always been a Forces-friendly town, with the local community supporting military personnel both past and present.
​
The covenant will help cement that support at a local level and ensure that our Armed Forces, veterans and their families have the assistance they need and are treated with the dignity they deserve.
​
Cllr Steve Houghton, Barnsley council leader, said:

Barnsley is delighted to add its signature to those of a growing number of local authorities across the county. The people of Barnsley have always been extremely grateful and proud of those men and women working in the Armed Forces.
​
Our signing of the Armed Forces Community Covenant is an opportunity for us to recognise, formally, our ongoing commitment to support those involved with and leaving the Forces.
​
The Armed Forces Community Covenant was drawn up in May 2011. It is aimed at building closer ties between military families and the local community within the 11 regional brigades that span the UK.
Since then just over half of the 430 local authorities that are eligible to sign have made that commitment, with 15 (North East) Brigade – the largest regional brigade in the UK - being the first to get all local authorities within its area to sign up.