Ministry of Defence said:
The soldiers of Burma Company of 1st Battalion The Duke of Lancaster’s Regiment (1 LANCS) are the first of 500 Service personnel to come home as security in their area of Helmand province is handed over to Afghan forces.
They have returned to their barracks at Catterick Garrison, North Yorkshire, following the closure of their patrol base in Lashkar Gah and the Afghan Uniform Police (AUP) taking responsibility for security in the region.
1 LANCS are part of Task Force Helmand, currently led by the British Army’s 4th Mechanized Brigade, known as ‘The Black Rats’.
The troops were based at Patrol Base Nahidullah in the Lashkar Gah district of Helmand province as part of an Adviser Team Enabling Company (ATEC) supporting the 8th Precinct of the AUP.
Their role was to advise, train and support the police to bring security and stability to the region, but that job is now complete. Nahidullah is the first base of its size to have been closed down in Task Force Helmand’s area of operations.
Commander of 4th Mechanized Brigade, Brigadier Bob Bruce, said:

In terms of the campaign this is the most obvious example of progress during our tour so far.
​
The important thing has been enabling the Afghans to take a firm hand on the security situation in this area allowing the Task Force to close Nahidullah.
​ 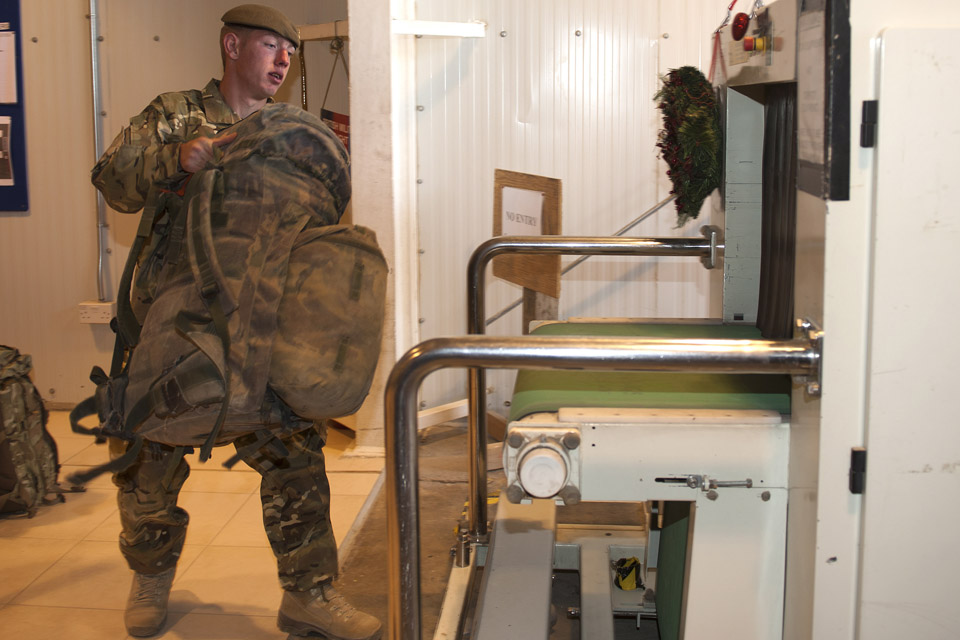 Kingsman Carl Day checks his baggage in for his flight back to the UK [Picture: Corporal Jamie Peters RLC, Crown Copyright/MOD 2012]Major Ed Fraser, the Officer Commanding Burma Company in charge of the ATEC, said:

This area was hard fought over but a very active police force has come in over the last couple of years. There are over 200 police officers serving here and they have security locked down effectively.
​
The police are ready to take on the security of the area. They are running their own operations independently; they have asked for little bits of support but they were operating very much on their own from the beginning of October.
​
As one of the larger bases, Nahidullah had support from civilian contractors who provided everything from satellite television and internet access to laundry facilities.
During the closure process, the facilities were removed and the base reduced to a more basic level for the troops that remained until the final day.
Kingsman Kurt Pollock, whose wife is expecting their second baby, said:

We went to the area but the Afghan police had pretty much been leading most of the operations anyway. We’re coming home early because the job has been done.
​
I’m chuffed about going home; I’m looking forward to seeing my wife and son, as well as looking at the photographs of the scan of the baby on the way.
​ 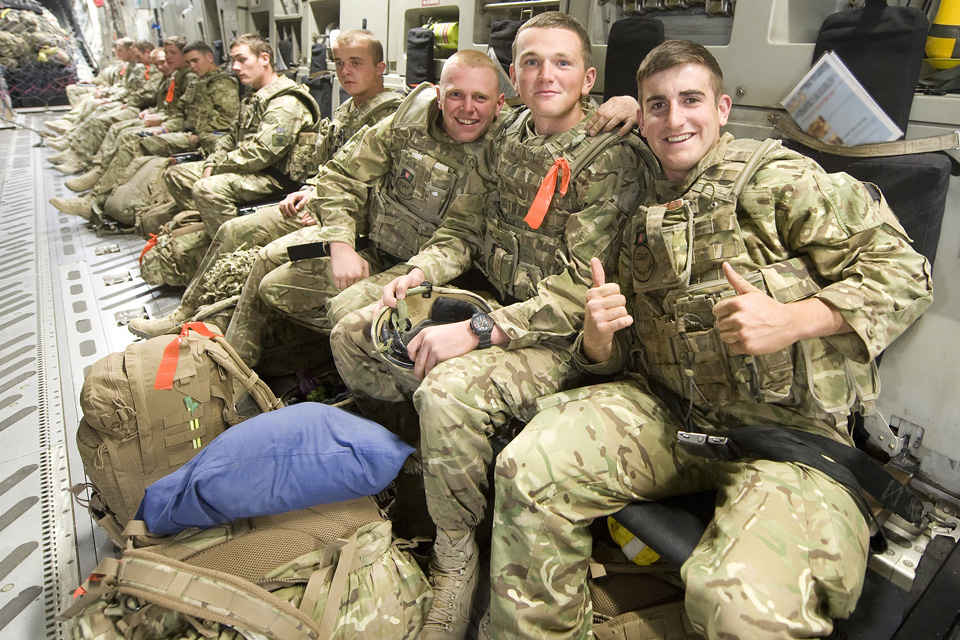 The Afghans were brilliant, they were happy to get out and conduct their own operations. A lot of the time they didn’t really ask for our help; when we tried to spur them on to do stuff they were already doing it proactively.
​
The troops are generally happy about going home; however they still have friends out here so sometimes they have the feeling that they want to stay with them.
​
Through the welfare system my wife has been told we’re going home and she’s very happy I’m coming back to see her and the dog.
​
Kingsman Kurtis Done said:

I feel the tour has been worthwhile. We didn’t get into any conflict with the enemy because we were doing a proper job. I can’t wait to go home though. I think my mum is more excited than I am.
​
Following a period of leave, the troops from 1 LANCS will be responsible for providing support to the battle groups deploying to Afghanistan in April 2013, when Burma Company will be reunited with the rest of the battalion.
The Defence Secretary announced last year that 500 British personnel would be withdrawn from Afghanistan by the end of 2012, reflecting the continuing progress being made in Helmand.
The drawdown is consistent with the process of transition to Afghan forces agreed by ISAF nations at Lisbon in 2010.
The Defence Secretary has emphasised the UK’s commitment to Afghanistan for the long term, committing £70 million per annum in funding for the Afghan security forces, in addition to taking the lead in setting up an Afghan National Army Officers’ Academy in Kabul after the combat mission ends in 2014.

The MOD RSS feed just became the first poster ever to make me use the ignore function thanks to it's spamfest. A thousand trolls, retards and dullards couldn't manage that.

Super Moderator
I never thought of doing that 8-O

Can I nominate myself as plank of the week?

WreckerL said:
I never thought of doing that 8-O

Can I nominate myself as plank of the week?
Click to expand...

Seconded! I too am blocking the MOD RSS dribble too.

Bloody philistines.... the MOD RSS feed is even better than Newbies for shit dits and dopey stories. I love it, it's funny as ****.
You must log in or register to reply here.