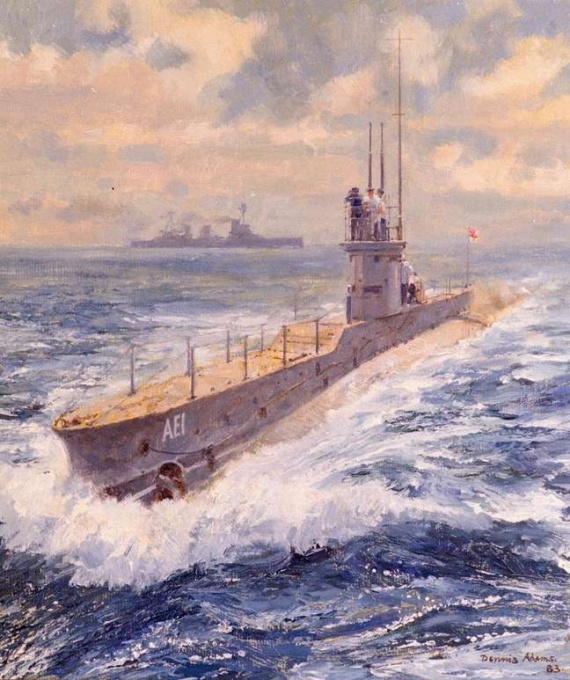 <<His Majesty’s Australian Submarine AE1 was launched in the yard of Vickers Ltd at Barrow-in-Furness, England on 22 May 1913. She commissioned at Portsmouth on 28 February 1914 under the command of Lieutenant Commander Thomas Fleming Besant, RN. She was the first of two E Class submarines built for the fledgling Royal Australian Navy and was manned by Royal Navy officers with a mixed crew of sailors drawn from the Royal Navy and the Royal Australian Navy...>>

<<...The first Allied and Royal Australian Navy submarine lost in World War I has finally been found after a 103-year search off the coast of Papua New Guinea.

"It was … a significant tragedy felt by our nation and our allies."...>>