A Quilt for Selly Oak

Buy a square on the quilt being donated to Selly Oak and assist in helping the injured.
So far there is no globe & laurel but the crabs have at least one square.
Copied from Diamond Lils.

I'm the quilt designer but I have just a wee tale to tell you first.

Way back in 1982, my husband, a RM, was killed during the Falklands War. I was left a widow at the age of 17 with a young infant to care for. I had never imagined in my wildest thoughts that I would be in that position at so young an age. I had nothing in my personal armoury of skills to get me through the grieving, the loss and then the rebuilding of our lives.

Sure we got some insurance, and sure we got some pensions, but what made the most difference to our lives was the spontaneous kindness of a nation to donate to the SA Widow's Fund. You see, it wasn't about the actual money, it was the realization that someone, somewhere in a little town or city cared enough about the aftermath of the Falklands to dig into their pockets and donate to the fund.

As I sat through the countless memorial services, and got trotted out for those special days when the troops were given the freedom of the city parades, what kept me going was knowing that behind that austere face that the British are so good at, was a very generous and kindhearted people. Those that are on the receiving end of that kindness, never forget.

I've spent the last 23 years serving two countries in their Navy. I have Navy and Royal Marines family coming out of my ass and that little baby that was left without her dad 25 years ago? She's serving her country now in the Navy.

So why the patches? Why the quilt?

I made a quilt a long time ago to remember a Royal Marine that had been lost to me. The act of making it, helped my grief, healed my loss and gave me something tangible to hold onto when I missed him.

When I remarried, my husband was deployed for a year. I made him a quilt to keep him warm and it connected us.

I've made other quilts all for special reasons... and back in December when the call went out to help a service personnel and their families, I offered to make a quilt and auction it. The design was left up to the winner and the winner decided that Arrse's Mr Potatohead was to be on the quilt.

But it's a big quilt and it is going to be donated to Selly Oak Hospital. So because more money is needed to help out the injured and their families, I offered to sew patches on it. I call them wet patches (after that icky spot that always appears on YOUR side of the bed) since there was a hope that they would cover the quilt.

The idea is to place a unit/ship/regt/branch badge or crest and have your arrse/RR ID on it. Somewhere in the future, when an injured sailor/soldier/airmen sees that quilt, he/she is going to know people cared. 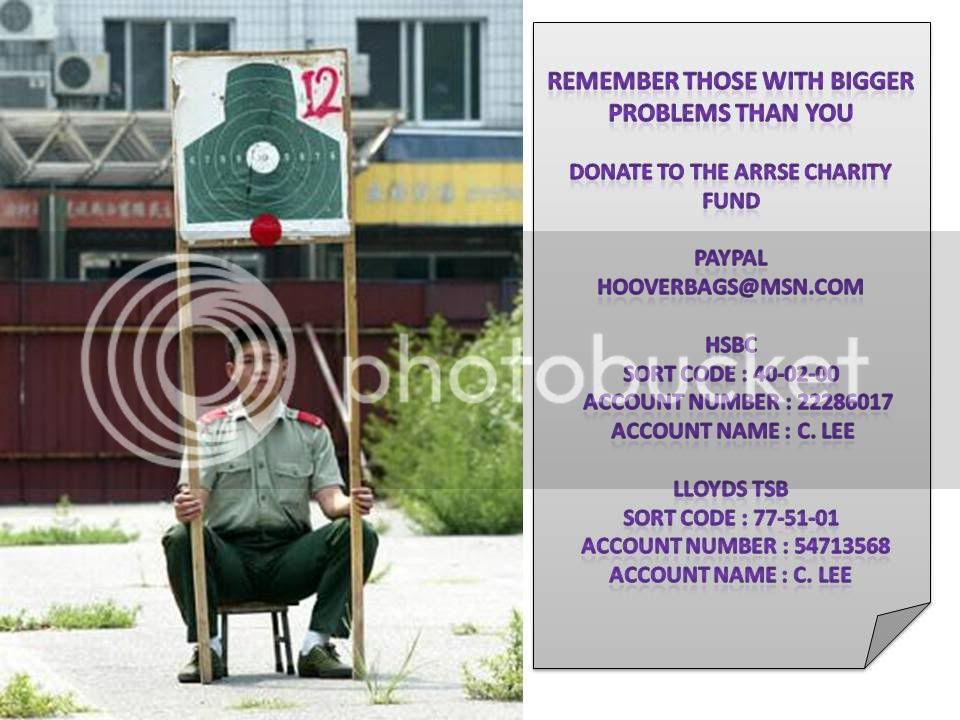